What will it be like with cooling or heating in the planned building of the Central European Forum Olomouc? Will the entrance area and entrance sufficiently attract visitors? Do you also think about the ecological aspects in connection with the construction? Have you considered a possible connection between SEFO and the adjoining tram depot if the city relocates it elsewhere?

Saturday (September 18, 2021) discussion lasted almost two hours at the Olomouc Museum of Art regarding news related to the construction of SEFO and its exhibition or acquisition plans. The half-hour introduction was provided by the director of MUO Ondřej Zatloukal, the author of the SEFO architectural design Jan Šépka and the chief curator of the SEFO department Barbora Kundračíková, but then the debate of thirty participants in the Trojlodí hall, where the main exhibition of the SEFO 2021 Triennial is now.

"Recently, we managed to buy the last plot in the gap, which we have been striving for since 2009," the director Ondřej Zatloukal announced at the beginning. "We are now preparing a public contract for the general designer, in 2023 we are counting on the start of construction. If everything went according to plan, we could complete the construction work in 2026 and start moving to a new building. We could open a year later. "

The architect Šépka presented two novelties. "Thanks to the acquisition of the plot, we will connect Denisova Street with Kačení at its mouth into Koželužská. The first part of SEFO, which connects to the Museum of Modern Art, will be a passageway, "Šépka showed in a pictorial presentation. He then "got" the present with another novelty: "We are now exploring the possibilities of 3D printing from high-strength concrete. The load-bearing walls would have better insulating properties, and we would also save significantly, as there would be no need for formwork or reinforcing iron bars as in the construction of classic reinforced concrete. ”

The planned exhibition of modern Central European art should include, in addition to a well-thought-out system of variations, interventions and programs, such as the cybernetic statue of Senster. "Its a two-and-a-half-meter-high sculpture with four-meter arms that responds to movement and sound. It was created in the early 1970s by Polish author Edward Ihnatowicz for an exhibition in Eindhoven, the Netherlands. After the end of the exhibition, it was dismantled, but four years ago the individual parts were purchased by the University of Science and Technology in Kraków, which reconstructed it. The system of long-term loans with a similar type of partners should help to establish the principles of the forum as a shared space, in which it is primarily a matter of discussing possibilities and different interpretations, "outlined curator Barbora Kundračíková, where she considers thinking about a new exhibition. However, it is not just about her - the aim of current efforts is to connect the interior of the institution with the public.

Questions from the audience were very much about the possibility of construction through 3D printing, but also the technical solution of cooling the entire building. Architect Šépka replied that the calculations show the ecological character of the building, because due to the height of the individual naves, there should be a similar effect as in Gothic churches. According to him, cooling is not needed. Director Zatloukal and architect Šépka in particular reacted to various reservations. They concerned, for example, the planned entry into SEFO or the breadth of individual ships and their usability. 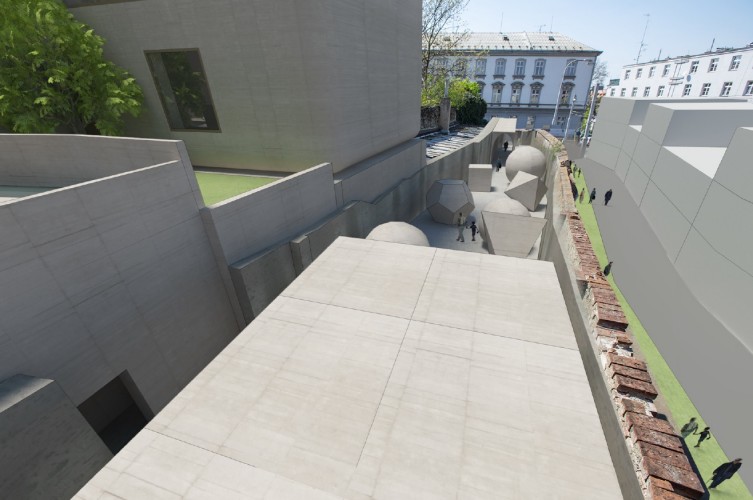 The Passage to Kačení street 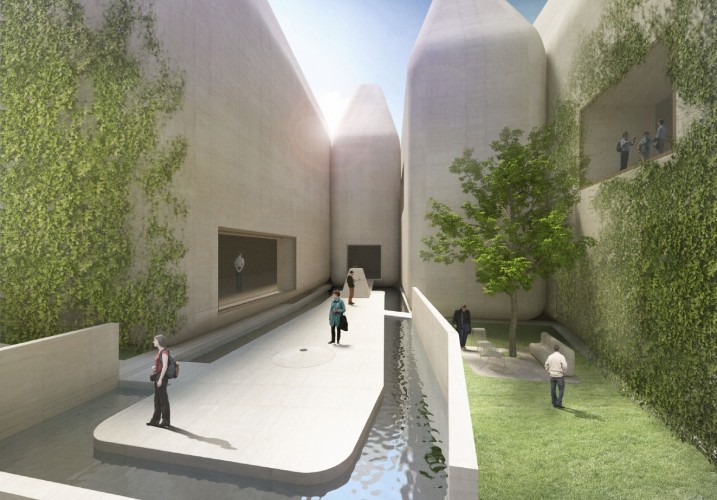 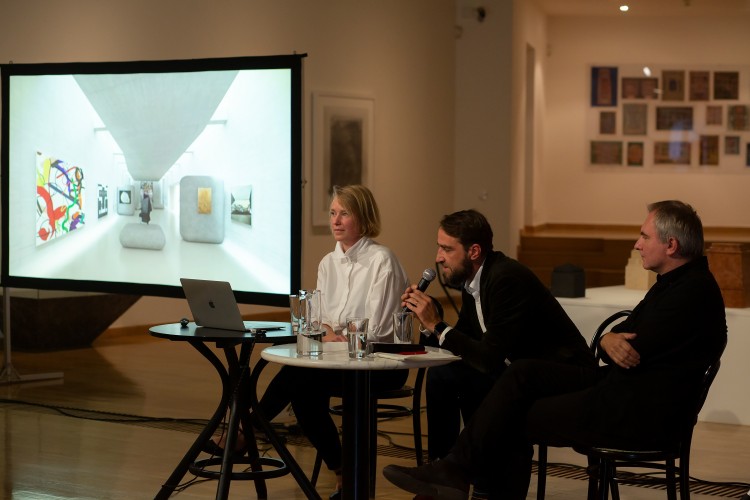 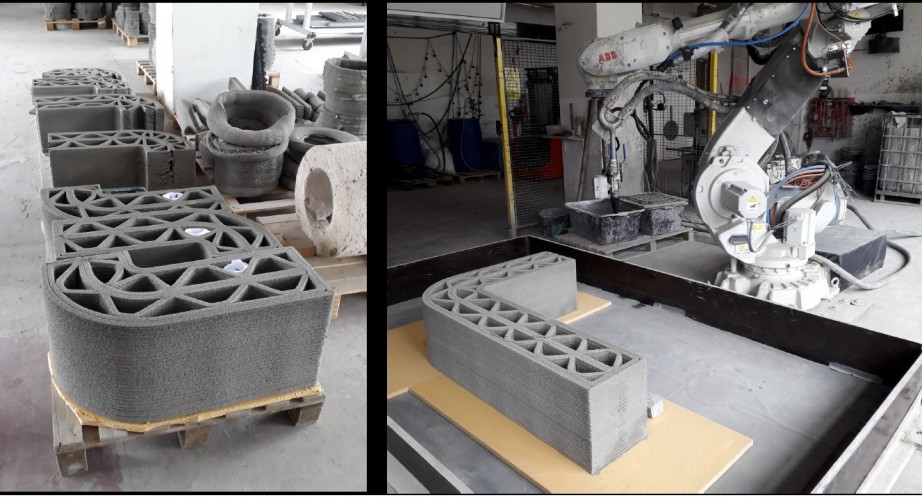 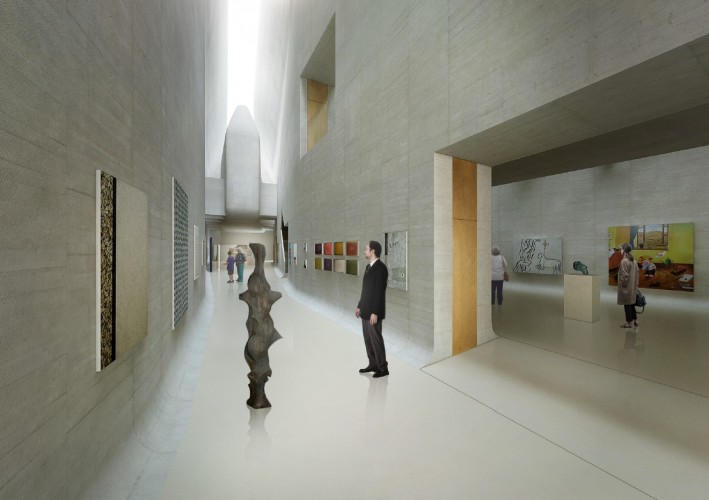 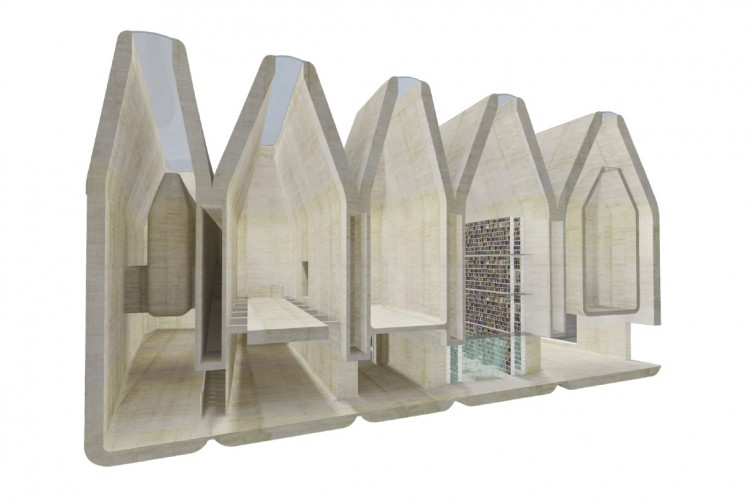 Cross section of the building

Entrance to the building 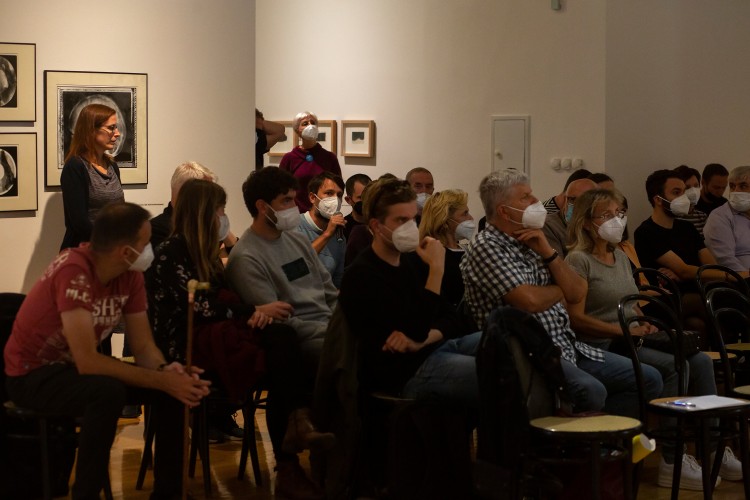 The spectators / by Tereza Hrubá 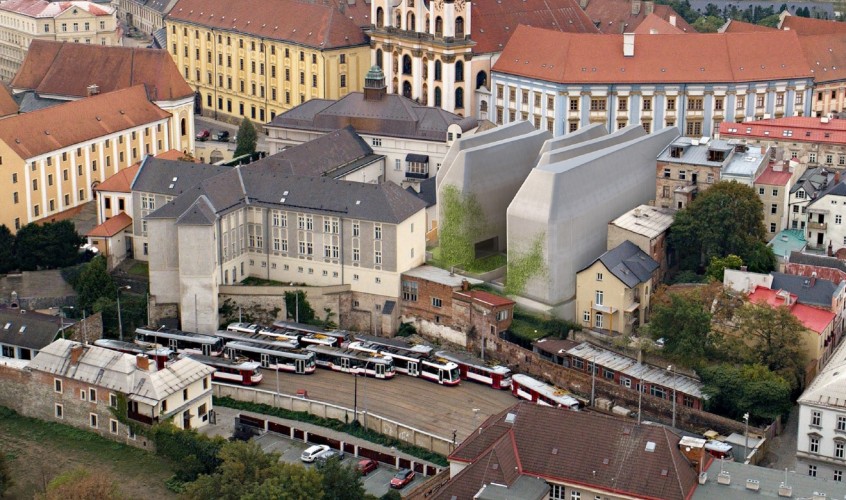 Integration of the building into the surrounding development 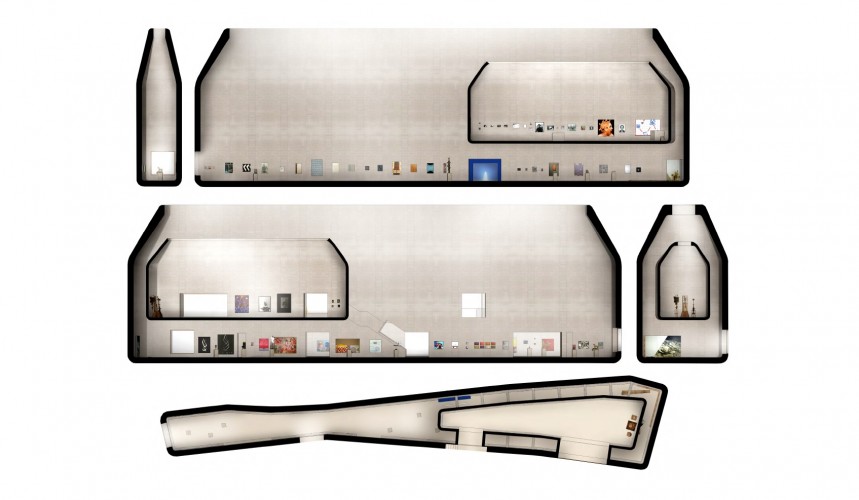 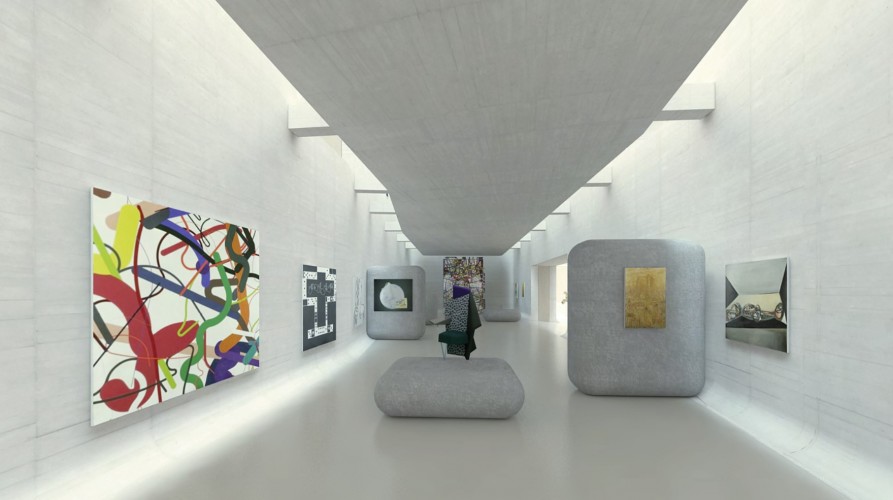 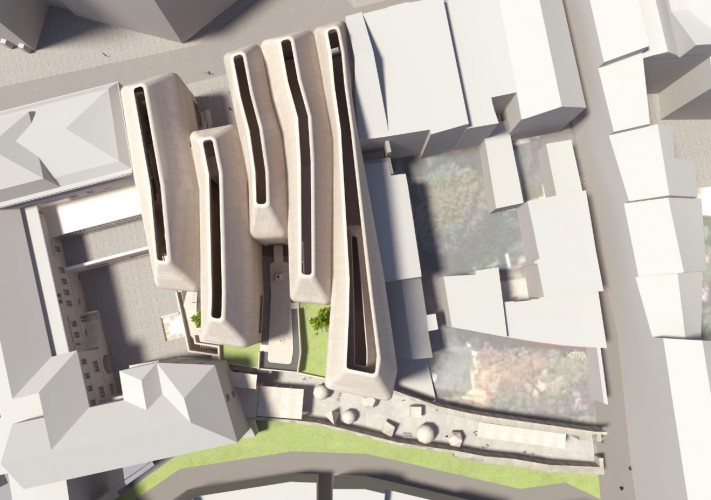 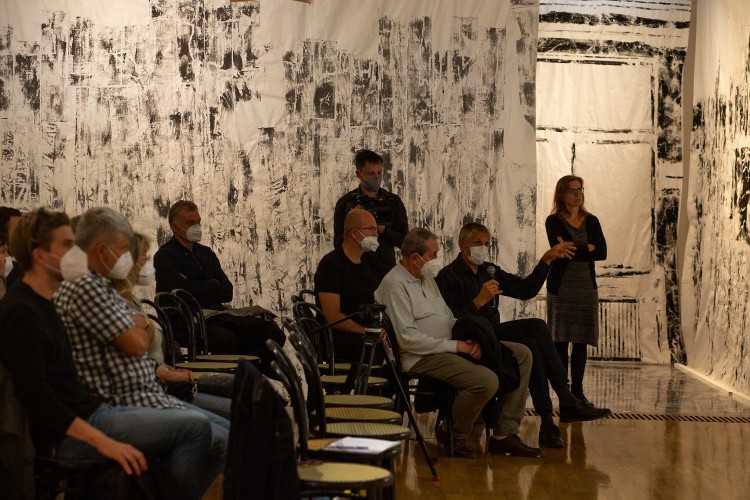 The question / by Tereza Hrubá 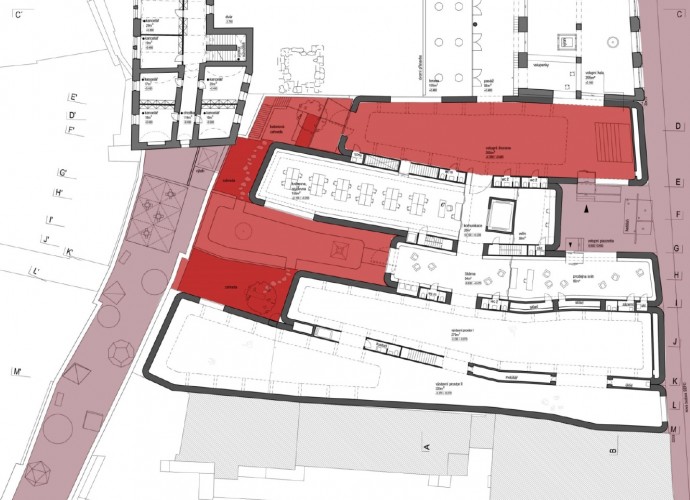 Floor plan of the building