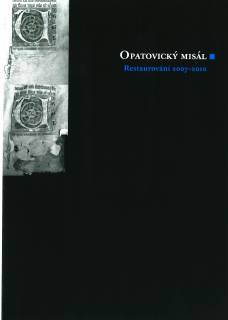 Another of the restoration exhibitions documenting the restoration of the items from the collection of Moravian old art, for which the museum was awarded the most prestigious prize in the field of heritage protection – The European Union Prize for Cultural Heritage / Europa Nostra. This time we present the demanding restoration of High Gothic book illumination. During the restoration of the seriously damaged Missal from Opatovice from the collections of the Research Library in Olomouc, a unique method of completing the missing parts of parchment was developed. The exhibition is also part of the exhibition series “Illuminated Manuscripts from the 11th – 16th Century from Olomouc Collections“. It is a recently found manuscript from which comes the famous initial with the Resurrection of Jesus Christ, preserved in the collections of the Olomouc Archbishopric. This unique discovery can open the door for further research on the illumination workshop in operation at the court of the Emperor Charles IV about the mid 14th century. 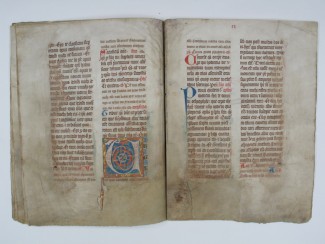 The Missal from Opatovice
Related