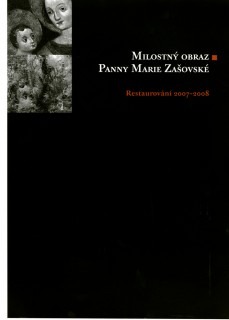 Olomouc Archdiocesan Museum | The Chapel of St John the Baptist The pilgrimage picture from the 1450s comes from the Church of St Anne in Zašová. There are several versions of the legend related to it and it was also depicted in numerous Baroque graphic prints, which evidences that it has been an object of deep piety for centuries. Due to its considerable damage, the painting underwent demanding restoration and after its completion a replica was made using the original techniques. 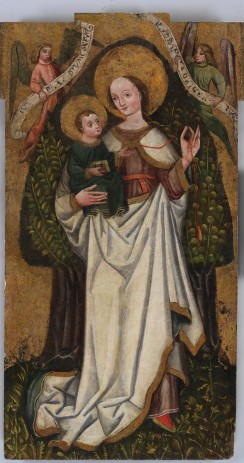 50s of the 15th century, Zašová, Church of the Visitation of the Virgin Mary