Photographers Štreit, Petrůjová and Kucera took pictures of the family. The result will appear in the cafe Amadeus

The original and most important social groups and institutions. So defines the term family sociological vocabulary. Each, however, this definition can fulfill individual and emotional content. A very personal and distinctive artistic rendition of the theme of the family is the main focus of the exhibition trio of photographers in Olomouc gallery Amadeus, which will be launched on Tuesday, February 3rd. Lucia Petrůjová, Jindrich Štreit and Oldřich Kučera exhibit together in the cafeteria of the Archdiocesan Museum to mark the 20th anniversary of the International Year of the Family, who in 1994 proclaimed by the United Nations.

The initiator of the joint exhibition, which premiered last year in Ostrava, was a student of Creative Photography at the University of Ostrava Petrůjová Lucia, who works in the Ostrava Center for Family and Social Care. "The family is a huge value, irreplaceable. A child born out of love of parents. A child growing to independence in respect of their parents. Family, where like coming back, where we have our base. For many, these words may sound unbelievable, because they have a painful experience. The more it is but important to protect the family and highlighting its importance, "said the mother of three children, with the exhibition to be small contribution to the mosaic of perspectives on this vital topic. Project along with Petrůjová attend the world-renowned filmmaker Jindrich Streit and Olomouc photographers Oldrich Kucera.

Lucia Petrůjová issue a set of photographs of generational ties, consisting of several portraits of their children and accompanied by historical photographs of ancestors. "Jindrich Štreit uncommonly used technique for color photographs document the life of a Czech-Slovak families. A Oldřich Kučera contrary to black and white captured moments from the lives of their families, "added Stepanek Bieleszová curator.

The exhibition at the cafe Amadeus Olomouc Archdiocesan Museum will commence on Tuesday 3 February at 16 hours and will last until 29 March.

Lucia Petrůjová - student of Creative Photography at the University of Ostrava, mother of 3 children, married for 20 years. 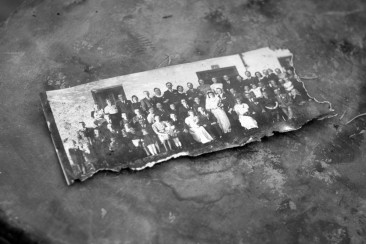 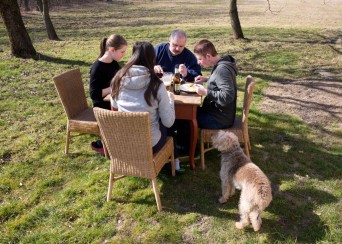 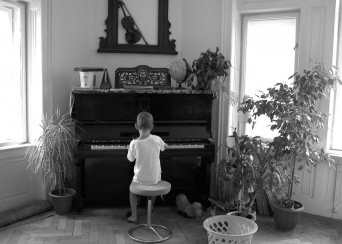