Painter Josef Stern was one of the most distinctive artists living in Moravia and the neighbouring part of Austrian Silesia in the second half of the 18th century. He is famous not only due to the extraordinary number of his works, but also due to the diversity of his artistic abilities. He created altarpieces, paintings, portraits and oil studies and he was also one of the few painters in Moravia who mastered the art of frescoes. His skills, together with training in Italy and at the Academy of Fine Arts in Vienna, guaranteed him a number of prestigious contracts and an almost unparalleled position among other local artists, which lasted till his death in 1775.

Stern, who completed all stages of artistic education, was born in Graz. There he served his apprenticeship at a local artist and decorator‘s and after that went on a trip to study art techniques in Italy. History shows that he spent some time in Rome (1739–1741) and later probably visited Venice, Naples and other Italian cities. After his return, he enrolled in the Vienna Academy of Fine Arts (1744–1745) where he got acquainted with the expressive style of painter Paul Troger and his students. Thanks to his stay in Italy and studies in Vienna, Stern was soon employed by count Johann Leopold von Dietrichstein. According to tradition, Stern came to Brno before 1750, already as a Dietrichstein court painter, and established his workshop there.

Stern’s “privileged” position of a court painter, exempt from guild duties and with permission to take contracts and have his own students, meant that he very quickly successfully established himself in the new environment. His first commission came from Olomouc canons who ordered an altarpiece for the pilgrimage church in Dub nad Moravou (1750–1752), which represents one of Stern’s finest works. His other clients were Johann Leopold von Dietrichstein (1703–1773) and his brother Karl Maximilan (1702–1784), for whom he created a number of paintings and frescoes – for example his first fresco in Moravia in the château chapel in Sokolnice (circa 1750), the non-extant paintings in Mikulov château (1755) or frescoes in the chapel at the Palace of Noble Ladies in Brno (1756). In 1759 Stern started his cooperation with Franz Anton Maulbertsch on the decoration of the bishop’s residence in Kroměříž. Apart from Olomouc bishops, Stern also worked for Premonstratensians at Hradisko u Olomouce (1751), for Minorites, Dominicans, Capuchins, and Carthusians in Brno (1760s); for Piarists in Kroměříž (1757); for Minorites in Krnov (1766); and then Cistercian nuns in Předklášteří u Tišnova (1765–1770).

During his last great contract, the embellishment of the monastery church of the Brothers Hospitallers in Brno (1770–1771), Stern cooperated with other painters, who further developed his artistic legacy as his students and colleagues. We can mention two of them, Jan Jablonský (*1737) and Stern’s countryman Ignaz Mayer Sr. (1720–1785). Both of these artists were later outshined by Maulbertsch’s student and successor Josef Winterhalder Jr. (1743–1807) who, in 1757–1763, was also tutored by Josef Stern. 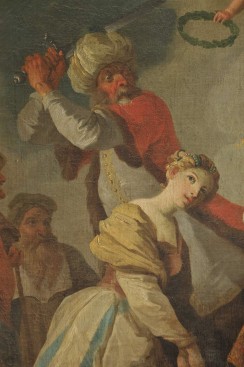 Beheading of St. Barbara (detail), 1766, Ivančice, Church of the Assumption of the Virgin Mary 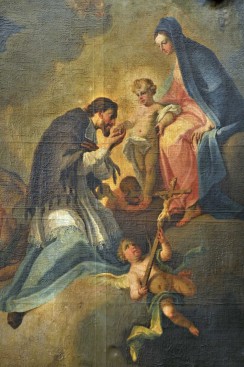 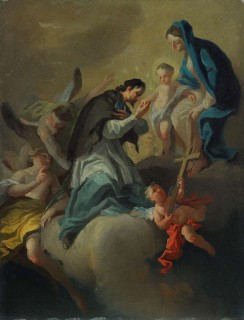 St. John Nepomuk worship the Virgin Mary with the Infant Jesus (modello for a painting the side altar of the Dominican church of St. Michael in Brno?), 1765-1770, Moravian Gallery in Brno 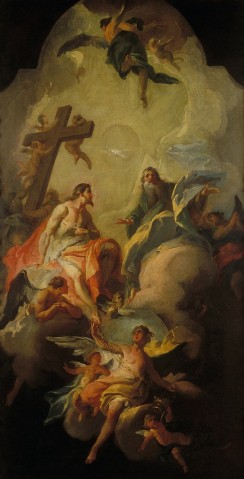 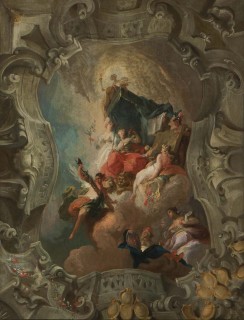 Allegory of Justice (modello not survive to decorate the room tribunální Provincial House in Brno), 1771, Private property in the Czech Republic 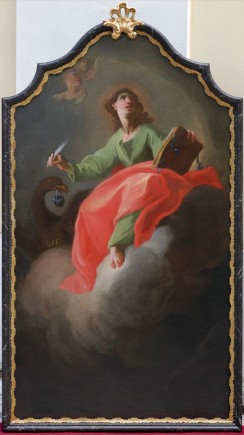 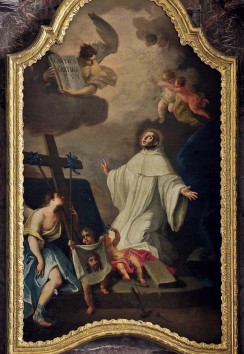 St. Bernard of Clairvaux with the instruments of Christs Passion, 1765-1770, Předklášteří near Tišnov, Church of the Assumption 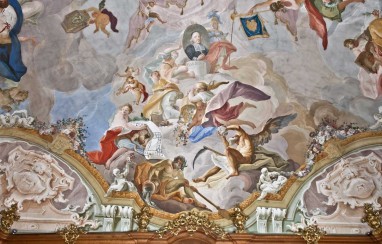 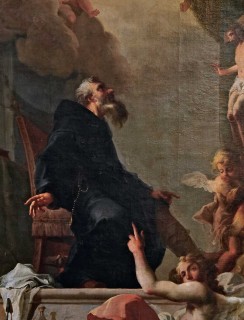