„If I should appear under one name, you see, it would most likely be as a book illustrator,“ Jiří Šalamoun said in an interview. It is true but not quite true because he has also produced many animated films, among which Maxipes Fík stands out (published as a book in 1981, while as a TV bedtime story it was shown already in 1976), one of the most popular children’s heroes, not to speak of the many posters. Last but not least, he has a large graphic work behind him and an original work of poetry. All these areas, however, have one common denominator, a story, either a literary one or a story which appears in the forms, signs and structures of his lithographs as well as in the grotesque form of his poems.

Šalamoun, a keen reader with a profound education, moves freely among works of world and Czech literature (L. Sterne, Ch. Dickens, I. Bunin, I. Erenburg, Faust, K. H. Borovský, E. Frynta, J. Suchý, etc.), while at the same time he examines their visual expression or the book form. Many of his books were born as paraphrases of various old encyclopedias or books of travel, such as in Tristram Shandy (1985) by Laurence Sterne, Poslední Mohykán (The Last of the Mohicans) by J. F. Cooper (1972), Tolkien’s Hobbit (1979). Or he refers to magazines’ visual chronicles of the 19th century in The Pickwick Papers by Charles Dickens (1971). Also, he feels close to the stories of murder presented on tablets at annual farm fairs or as a folk print. This approach is found e.g. in the illustrations for the stories of Ivan Bunin (1970), or in the symbolic cycle of the Dance of Death, rendered a la Ensor in the Písně J. J. Ryby (Songs of Jan Jakub Ryba) (1988), in the Grablieder pastora Junga (Grablieder of Pastor Jung) (1981) or in the broadside ballads Poslyšte písničku hezkou… (Let’s listen to a pretty song), (1983). There’s no point in enumerating all his references to various books and prints (including the comics, often adapted by him), but they point to another feature of Šalamoun’s work, and that is his sense of the context, the period cultural background, and the style in which the stories were produced. They differ in their ”age” as well as in their meaning and depth.

Jiří Šalamoun derives his approach to all this, the texts and the stories, from his specific kind of humour – ironic, sarcastic, grotesque, absurd, sly, but mostly kind and wise. Thus humour in an important way defines Šalamoun’s work because it is also the basis of his viewing the world. At the same time, however, both for him and the readers and spectators it is a way of establishing a distance from what could engulf us. An absolute coping stone for all the work of Jiří Šalamoun is not the drawing but the colour. By drawing he develops in rich lines the scope and the manner of the narrative, while at the moment when he reveals the depth of the story as far as its dark layers, it changes into an expressive tool of mainly black lines made by pen or pencil. This visual polarity of the drawing is found e.g. in the large cycle of illustrations in the Pickwick Papers, where this polarity appears in different styles of the text. Šalamoun develops his expressive drawing in the stories of Faust, Jack the Ripper or the stories by E. A. Poe, to which he has returned several times. In connection with colour, this expressive line culminates in the illustrations for Kronika města Hloupětína (The History of a Town Hloupětín) by Saltykov – Shchedrin.

Jiří Šalamoun is one of the greatest Czech illustrators of the 20th century. For him illustration is no mere illustrative accompaniment but an attempt at answering the questions posed by the text. At the same time it becomes its interpretation, which, however, is linked with his own attitude to life. 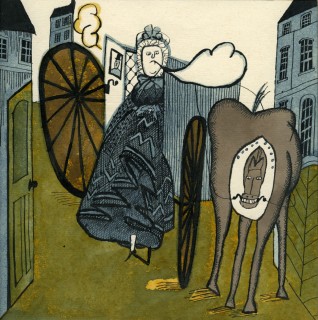 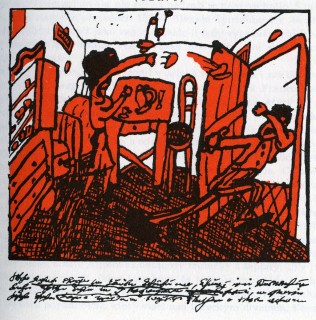 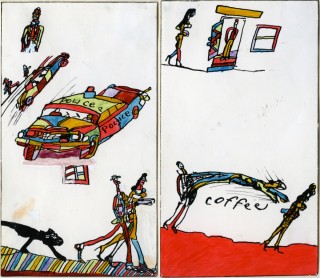 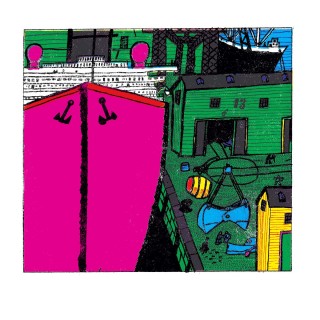 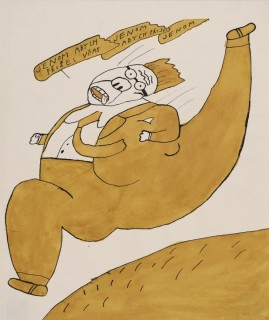 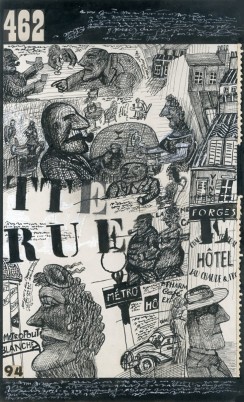 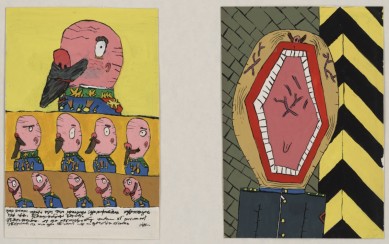 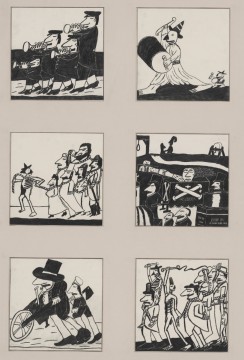 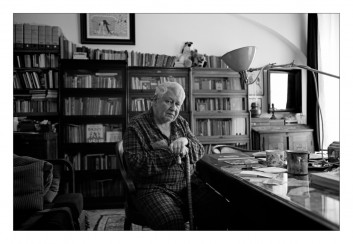 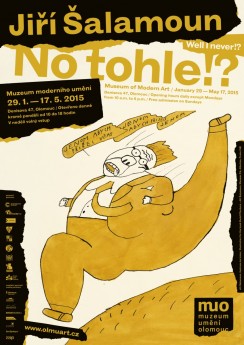