The exhibition will deal with the theme of the defunct synagogue in Olomouc and will try to bring the significance of the Jewish community in the history of the city of Olomouc, it will be divided into two units of significance. The first will focus on the construction of the synagogue from the architectural and artistic and historical point of view and will place it in the wider context of its author, architect Jacob Gartner (besides the plans of the Olomouc synagogue, plans will be presented for his other preserved synagogues in Kroměříž, Holešov, Prostějov, Opava, Vienna etc.) . The second major will be the religious life of the Jewish community in Olomouc until 1942, which will be exhibited alongside other exhibits (text panels with medallions of important representatives of the village, period photographs, preserved prayer books) by objects taken in the framework of so-called warships from the Olomouc Synagogue, patrons from the community. 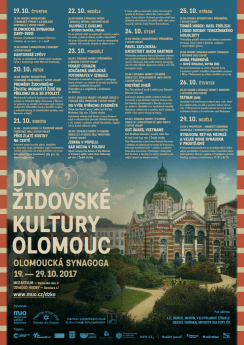