Exhibition of photographs of Olomouc photographer and teacher Petr Zatloukal presents a selection of his works that were created for a comprehensive publication art historian Hany Myslivečková dedicated celofigurovým sepulkrálním Monumentum preserved in Moravia and Czech Silesia (published by Palacky University in Olomouc in 2013). The title of the book the author has chosen to quote the Roman poet Horace Quintia Flacca (​​65-8 BC) "Mors ultima linea rerum est" (Death is the ultimate limit of all things) and joined subtitle Late Gothic and Renaissance Figur gravestone monuments in Moravia and Czech Silesia. Nearly two hundred celofigurových sepulchral monuments, which she managed to gather belongs to the most important, what these works of the period and territory preserved. Although the author does not attempt an exhaustive list, a thorough style, iconographic and typological analysis brings many unpublished findings. The book is richly illustrated, which largely implemented Petr Zatloukal. Careful textual and pictorial documentation of individual works of art-historical perspective enables next examine also the heraldic, genealogical and socio-historical aspects and illustrates the ethnically pluralistic composition contemporary aristocratic and bourgeois society in which we meet the celebrities, who held an important position not only in the provincial offices, but also at the courts ruling Habsburgs.

The master of Eibenstock’s epitaph

the tombstone of Johann Eibenstock († 1524), Olomouc, St Alexia’s Chapel at the cloister of Dominican monastery of St. Michael

the tombstone of an unknown knight from the Weizinger family of  Weizing, Zvole, Church of the Immaculate Conception of the Virgin Mary 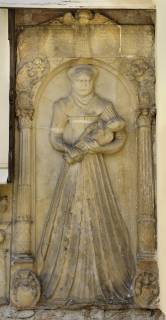 The master of male tombstones (workshop) 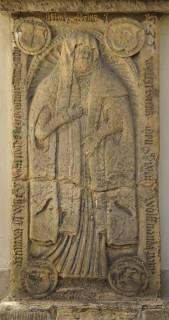 An unknown author of the Olomouc Bishop’s circle 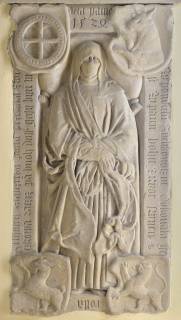 the tombstone of  Dorota of Lhota († 1524), Prusinovice, St Catherine‘s Church 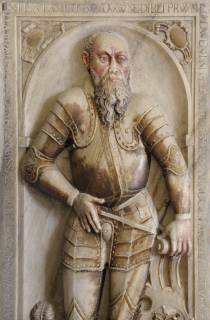 the heraldic tombstone of Marta Žalkovská of Žalkovice († 1564, made after the year of 1590), Dobromilice, Church of All Saints

The master of Moravičany tombstones