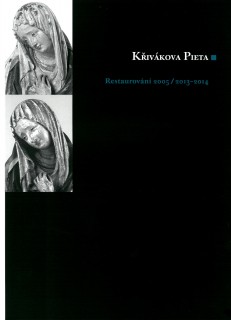 Another exhibition in the restoration series focuses on Křivák´s Pietà –a fine exapmle of Czech gothic sculpture of the so called Beautiful Style. The Pietà belongs to the collection of the Olomouc canon Křivák and it was most probably made in the renowned Prague workshop, from which only two other sculptures have been preserved – the Pietà of Seeon (Munich, Bayerisches Nationalmuseum) and the Pietà of Jena (Jena, St. Michaels Church). We will show the process of the restoration work, during which many interesting finds were made, including the discovery of the original polychrome (colour scheme). It was gradually revealed and radically changed the look of the sculpture. We can now view this remarkable and dramatic work as it was at the time of its creation in the last decade of the 14th century. 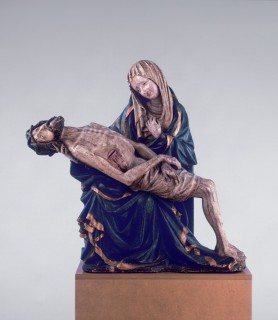 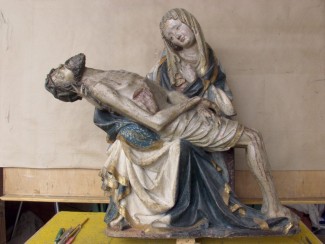 State during the shooting of overpainting on the mantle of the Virgin Mary (2005). Uncovered half white coat with blue backing. 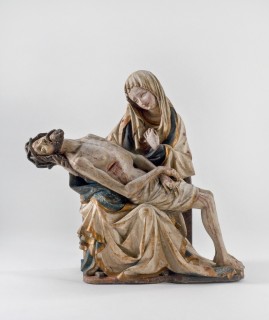 State after restoration of the first stage (2006). 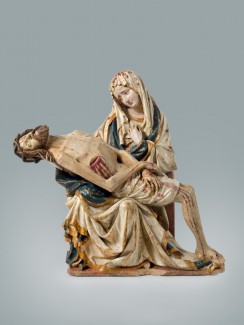 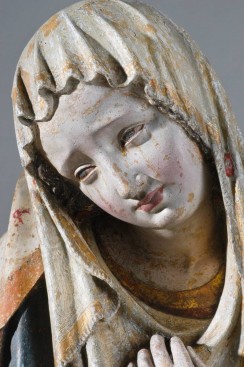 The face of the Virgin Mary under the first phase of restoration, the state in 2006. 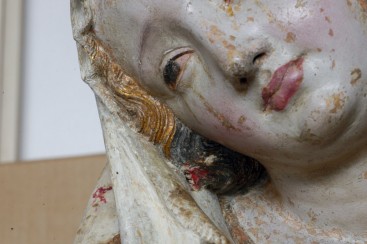 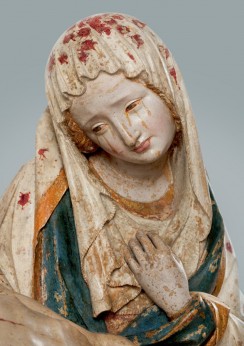 The face of the Virgin Mary under the second phase of restoration (2014). 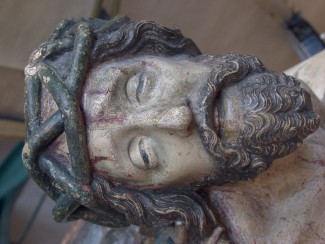 Removing dirt and retouching half of the face of Christ, the original polychrome with traces of blood and painted each beard (2006). 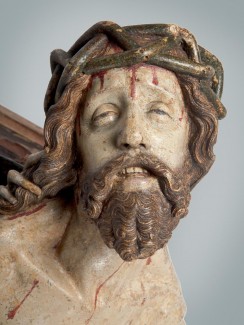 Christs face after the restoration of the second phase (2014). 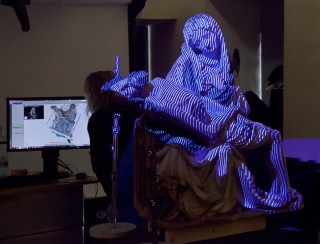