More than a quarter century Olomouc Museum of Art devoted attention to the acquisition of Karel Malich (* 1924) - one of the most significant artistic figures of the late 20th century. A selection from the museums collection of drawings and sculptures by the author, who is called the artistic visionary, innovator or even genius, will present from 16 October to 11 January next year on public exhibition, entitled The Inner Light. The museum is organizing to mark the anniversary of the artists life and in the context of dramaturgical series that viewers reveals a significant collection of the art of the 20th century.

"Karel Malich is the most important Czech artist working after the Second World War. His broad, multifaceted and internally focused work is bearing axis of development of contemporary Czech art, even though paradoxically many years remained at the periphery of the public interest, "said the author of the exhibition concept Karel Srp.

Olomouc Museum of Art acquired by him through many years of efforts sbírkotvornému sectional collection Malich work. "It is so representative that it will release a solo exhibition, which will present the key inputs into all major artists creative period," added Aug. The exhibition at the Museum of Modern Art does not want and can not compete with large retrospective, which was in 2012 in the Prague Castle Riding School. "Yet in Olomouc collections supporting many items from Malich work, some sculptures and drawings files even represent milestones of his work," says expert Malich creation.

According to exhibition curator Ivo Binder, due to limited spaces Malich includes only the most important works from the museums collections, which can be considered his most original contribution to the artistic thinking of the late 20th century. "Tušovými begin with two drawings from 1963, which are the result of the artists reductive creative principle. He brought him in the late sixties to objects inklinujícím to read simple geometric shapes, "said Binder. From this time on the show as wooden sculptures with monochrome polychromatic (Yellow relief, 1963, A Gray, 1963), brass sculpture (1967) or the so-called sample. Corridors. "Corridors are Malich connecting spaces, thus the place where all roads intersect and where energy and also energy generated turbulence," explained curator, adding that visitors will see Silver Corridor of 1970, which is placed on the stairs to the exhibition hall and connects the exhibition is a permanent exhibition a Century of relativity.

With the building project no. 2, 1970, viewers can also see Malichová work with plexiglass. "With this material began work in 1969, when he participated in the symposium Artchemo Pardubice. Suit him his ambivalence weight and clarity, "said Binder.

Representation is also drawing creation of the 70 years since, his sensibility is not enough to express the three-dimensional objects. "Using a pencil, then charcoal, colored pencils and pastels captureenergetickou mapu common daily experiences, meetings and events," explained curator. Imaginary lines of force energy by the artist him at the same time materialized in large spatial objects from wires. "A museum of our own three most important: Light - Air / Cosmic Egg, Energy and Inner Light II, from which we borrowed the name of the exhibition," said Binder.

Malich selective presentation of works from the collections of the Museum of Art in Olomouc concluded pastel drawings from the 80th. "After the last wire the building in 1988, just drawing became his only means of expression. Their content is given by the current artists experience and reasoning. None of these suggestions for him, it is not insignificant, "said the curator.

Karel Malich exhibition is the third in a series of exhibitions dramaturgy, which complements the permanent modern art exhibition A Century of relativity and the visitors gradually reveals important thematic or literary group primarily from paper collections, ie drawings, graphics or copyright books. Launched a series of exhibition devoted to Central European central attraction graphics second half of the 20th century, followed by the presentation of a unique set of copyright books published Rainer Verlag publishing house. 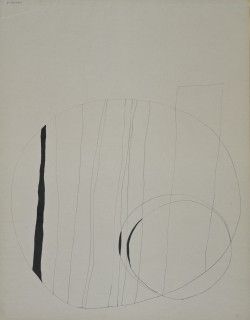 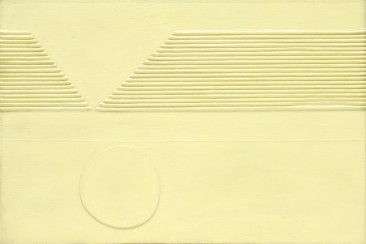 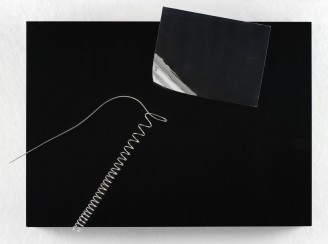 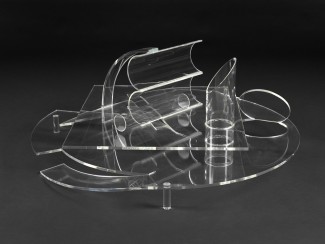 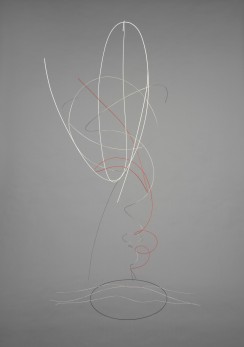 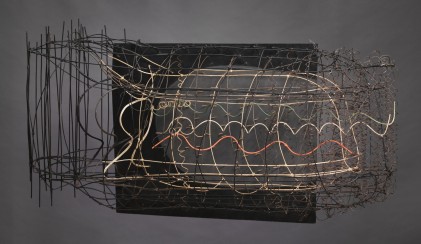 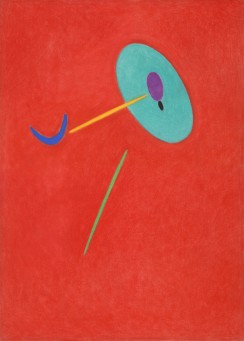 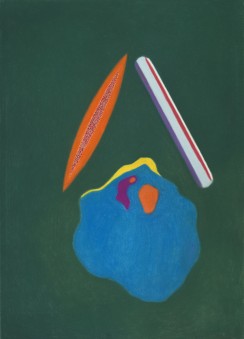