Another of the series of monographic exhibitions focusing on the leading representatives of old art in Moravia deals with the life and work of one of the foremost Olomouc Baroque painters. Joseph Ignatz Sadler with his unparalleled style maintains a specific and exclusive position amongst his contemporaries working in Moravia and Silesia in the second third of the 18th century. While most artists of the period followed the example of Franz Anton Maulbertsch (1724 –1796), a leading representative of Late Baroque in Central Europe, Sadler drew inspiration from Roman academic painting, mainly from the work of Corrado Giaquinto (1703 –1766). Sadler’s numerous works in the form of paintings and frescoes can be found mostly in Central and Northern Moravia and Silesia. As his masterpiece one might consider the decoration of the former Augustinian church of Holy Trinity in Fulnek. This exhibition will present Sadler’s works from the collections of museums and Roman Catholic parishes. These will be accompanied by some examples of the works of his contemporaries. 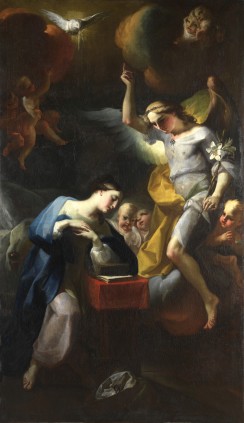 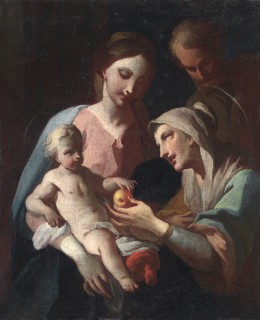 The Holy Family with St. Anna

the first half of the 50s of the 18th century, Hněvotín, fara 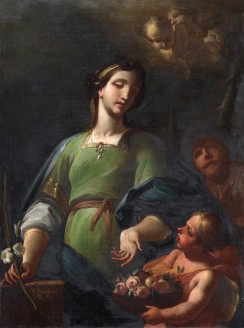 50s of the 18th century, Olomouc, Church of Our Lady of the Snows 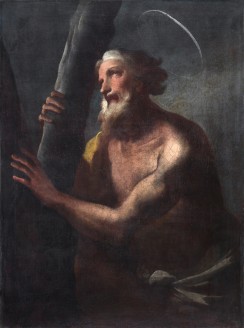