With its roots in the 1960s and with the support of Euro-American visual traditions, hyperrealism is known as a revolutionary; upholding the bastions of perfectly mimetic, radically realistic painting. It is one of the few truly irritating elements in the current world of art. It is directly connected to the revolt against the progressive artistic tendencies of the period; on one side against the neo-avant-garde variants of minimalism, abstract expressionism, conceptualism and installation art, on the other side against more or less engaged realism. From the beginning, with its focus positively attuned to the image, unlike pop-art, hyperrealism was strategically connected to photography and technical vision, which is not only utilized, but also problematized by it. Hyperrealism, however, standing in opposition and well informed by avant-garde art, intentionally borders on realism, naturalism, illusionism and verism. It cannot be perceived as a visual play, a projection of an idealised world or the result of simple artistic endeavour - it embodies a completely elementary interest in that which exists in reality, a fascination with what one can see. Its focus is on the object, not the manner in which it is regarded; on the detail, not the context; on the appearance that support its own expression of the object, not the internal properties - and everything is subordinated to this purpose.

Thanks to its obvious ability to sublimate that which is necessary and to reject the rest, to stand somehow "above the system", hyperrealism seems to be a symptom of its times - the consumerism of the second half of the twentieth century, the contemporary culture of image and post-truth. It is as if it was more a tendency than a positivistically defined style of art; an effort to respond to the fundamental challenges of modern culture - including, but not limited to, romanticism, photography and conceptual art - holding a mirror to that which is hypertrophied. Therefore it seems that hyperrealism should be analyzed from philosophical, sociological and generally cultural points of view.

The exhibition in Olomouc is undoubtedly an exhibition of pictures. Like hyperrealism itself, the exhibition has a broad cultural and historical span, with the imaginary border being the year 1989; nevertheless, it has a very narrow focus - on the authors who reflected or still reflect on both hyperrealism of form (means) and content (themes). What makes the first generation - as represented by Zdeněk Beran, Bedřich Dlouhý, Pavel Nešleha and Theodor Pištěk - different from those that followed (Zdeněk Daněk, Pavel Holas, Adam Kašpar, Adolf Lachman, Hynek Martinec, Jan Mikulka, Michal Ožibko, Zdeněk Trs, Pavel Vašíček, Vladimír Véla ad.), is not only their historical experience, but also their different relationship to the image, which can be considered as a certain leitmotif. Beside questions concerning its nature and functionality, it also evokes more intuitive questions: What are pictures actually for? What is the source of their value? What is their relationship to reality? 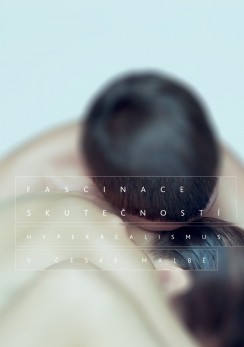 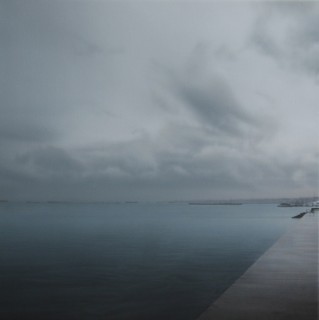 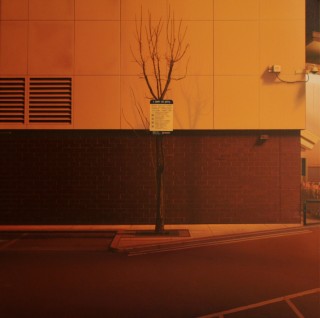 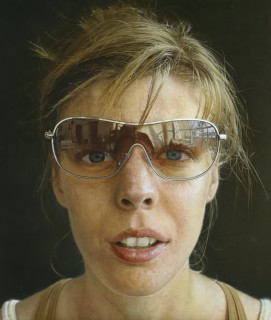 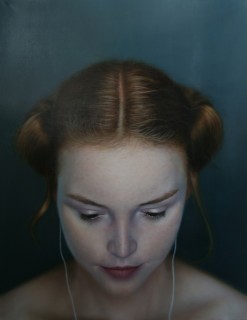 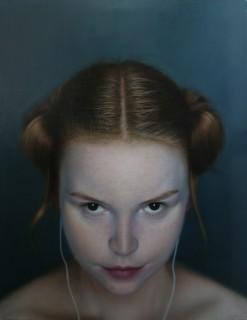 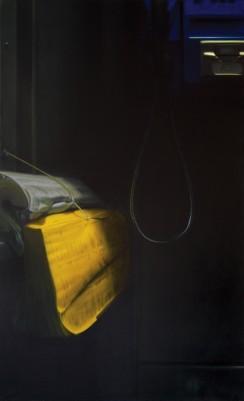 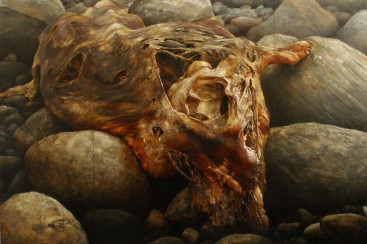 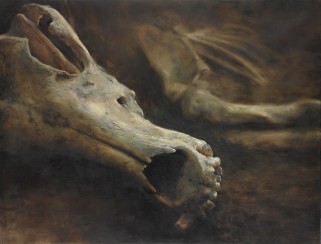 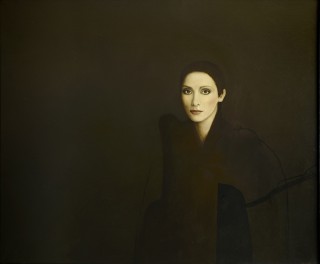 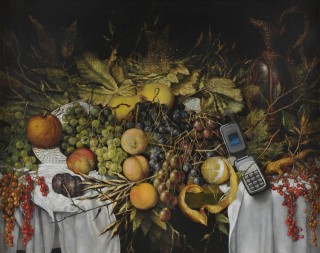 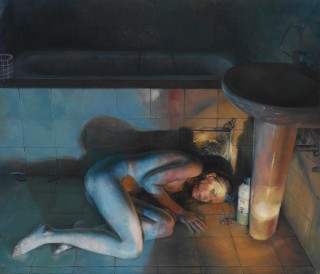 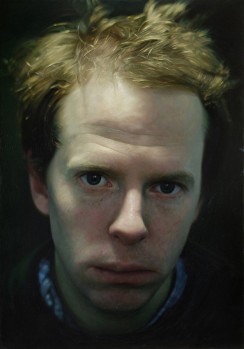 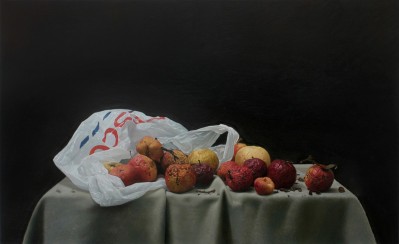 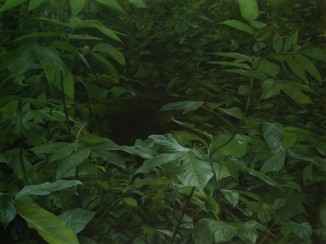 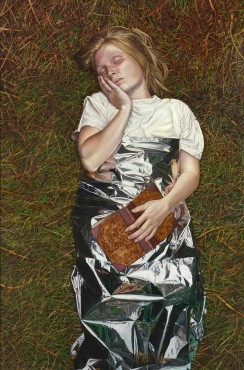 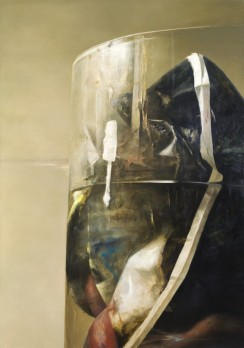 The Plastic in a Glass, 2001, private collection 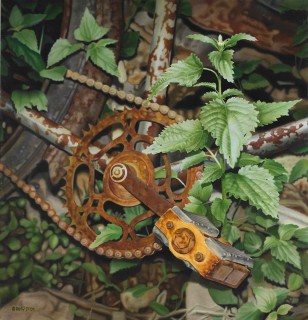 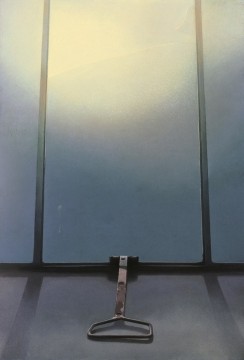 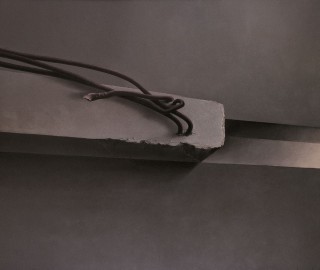 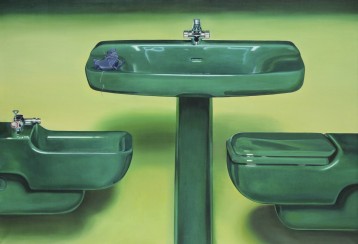 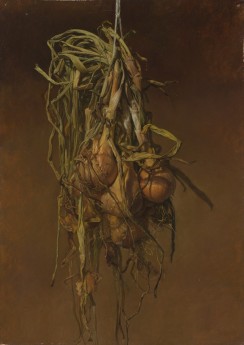 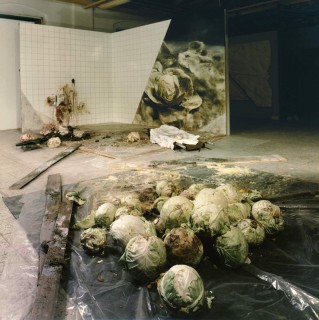 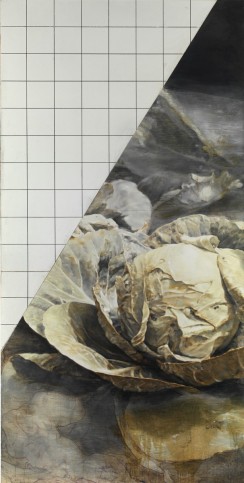 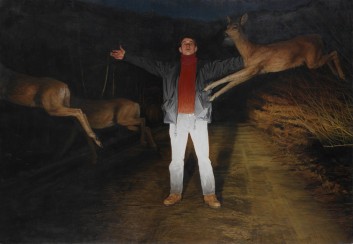 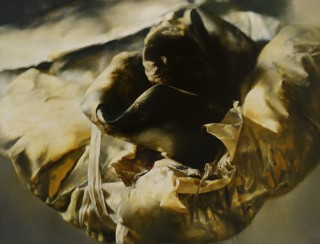