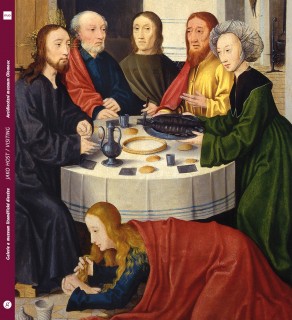 Litoměřice Diocese Gallery and Museum VISITING Olomouc Archdiocesan Museum is an exhibition that opens a unique joint project between the Olomouc Museum of Art and the North Bohemian Gallery of Fine Art in Litoměřice. The aim of the project is to present two exceptional Czech institutions that were established in the new social situation after November 1989. The purpose of the existence of both the Litoměřice Diocese Gallery and Museum and Olomouc Archdiocesan Museum is to preserve, professionally process, make available and mediate to the public the treasures of art and spiritual Christian culture that have been preserved in church collections and in the newly restituted property of the individual parishes of both dioceses. The second part of the project where the Archdiocesan Museum in Olomouc will be presented as a guest in Litoměřice will open on 26 November 2020.

The Litoměřice Diocese Museum, the predecessor of the Litoměřice Diocese Gallery and Museum, was established in 1885. That makes it one of the oldest institutions of its kind in the Austrian-Hungarian monarchy. It was established by catholic priest Vinzenz Luksch, a professor of the church history and church law at the local priest training school, later the diocese and district conservationist. His primary goal was not to present the items but rather to create a dignified space for depositing artefacts that no longer served in the churches and were in danger of being destroyed. In the spirit of the period philosophy, the museum was also an educational institution; it contributed to national exhibitions and carried out educational activities in the field of heritage preservation. The fate of the institution was sealed by World War II. At that time the collection was surrendered to the German administration of the town. The activities of the Diocese Museum, however, did not resume after the war. The collections remained in the depositories of the Litoměřice District Museum and were partly loaned to the Regional Gallery, now North Bohemian Gallery of Fine Art in Litoměřice. Only after November 1989 the idea of the Diocese Museum could be revived. That happened on St. Wenceslaus Day, 28 September 1995. In the newly restored late gothic building at no. 24 in the main square of Litoměřice, the first permanent exhibition of the newly established Gallery and Museum of the Litoměřice Diocese was opened. The museum now works in close cooperation with the Litoměřice Bishopric and it is administered by the North Bohemian Gallery of Fine Art in Litoměřice. The permanent exhibition consists of a selection of the most valuable works of painting, sculpture and applied arts from the collection of the bishops of Litoměřice and the provosts of the chapter, and it also includes selected works loaned by the individual parishes of the diocese. The works of art are often the only preserved evidence of the spiritual memory of the North Bohemian Region. The churches for which they were created disappeared due to mining activities or they were affected by criminal activity after 1989. Despite their tragic story, they document the vast artistic and spiritual riches of the North Bohemian Region. The region was one of the crucial ones in the Kingdom of Bohemia from the peak of the middle ages. Important church institutions such as the Chapter of St. Stephen in Litoměřice and later the Litoměřice Bishopric were based in this region.

The exhibition in which the contemporary Litoměřice Diocese Gallery and Museum is presented as a guest of the Olomouc Archdiocesan Museum, brings a vast selection of works of art from the period between the 12th and the 19th centuries that are typical for North Bohemia. The selection of exhibits on display includes a sample of monumental Romanesque sculpture, the head of the apostle of Žitenice created by the first specialized sculpting workshop in our lands (around 1170). From the rich collection of gothic sculpture, statues such as the Virgin and Child of Kopisty (around 1380), and the expressive Crucified Christ from Kadaň (around 1516) show not only the high quality of the woodcarving workshops in Kadaň at the close of the middle ages but also special forms of the late medieval piety. Among the exceptional exhibits from the collection of the bishops of Litoměřice are the panels from the altarpiece with Saint Olaf (1512–1515) created by the Cologne workshop of Bartholomäus Bruyn, and an oil painting of the Adoration of the Shepherds by a Netherlandish master Jan Steen (around 1653). The artistic heritage of the Chapter of Saint Stephen in Litoměřice is represented by the Virgin and Child with a Necklace by a successor of Lucas Cranach the Elder (end of the 16th century), and the statue of the Pietà from the third quarter of the 15th century. Examples of the art of the 17th and 18th centuries include works by the most prominent artists of the Bohemian baroque, Karel Škréta, Petr Brandl, Anton Kern, Matthias Bernhard Braun and Ferdinand Maxmilian Brokoff. The list of these names alone is an evidence of the cultural horizon and high level of the priests of the diocese of Litoměřice who commissioned the artworks. A separate section of the exhibition is dedicated to a selection of important goldsmith items, among them a large monstrance from Ústí nad Labem (around 1480–1520) and a rare filigree chalice with Bohemian garnets by outstanding Prague goldsmith Marek Hrbek (1666). The structure of the catalogue and exhibition reflects the origin of artifacts in the collections of bishops and provosts of Litoměřice (cat. no. 1–13), as well as their provenance in the Litoměřice Diocese (cat. no. 14–50).

The mutual exhibition project of the Olomouc Museum of Art and the North Bohemian Gallery of Fine Art in Litoměřice is based on the time-tested, friendly and professional cooperation of the two institutions. We believe that presenting the spiritual and cultural memory of our ancestors is truly meaningful as it offers our visitors a powerful artistic experience and a connection to the spiritual traditions and assurances so sorely needed in these restless times. 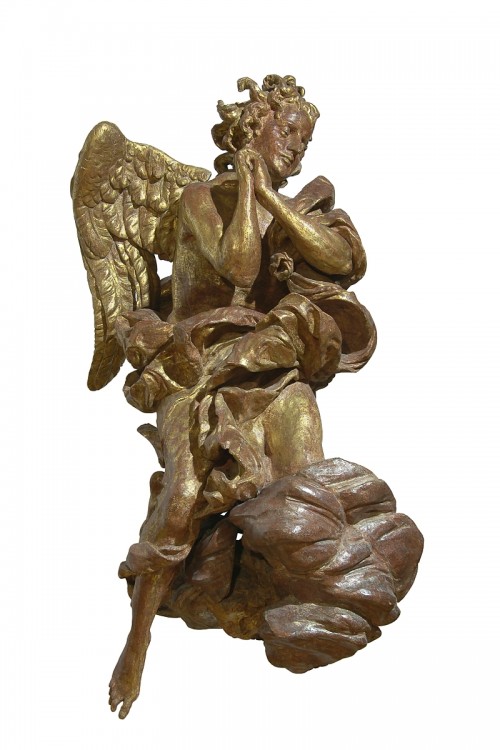 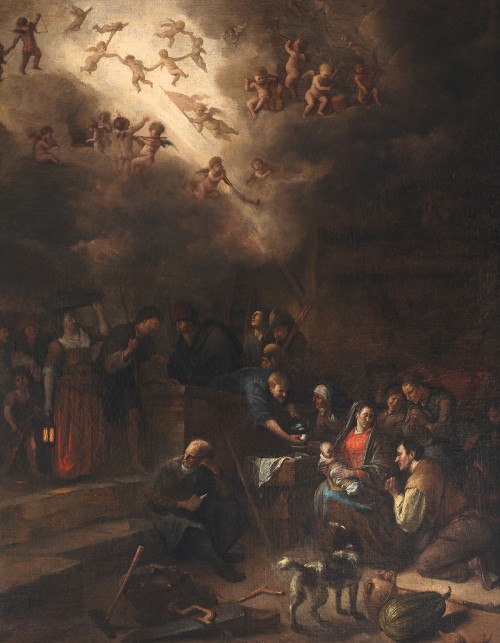 Adoration of the Shepherds 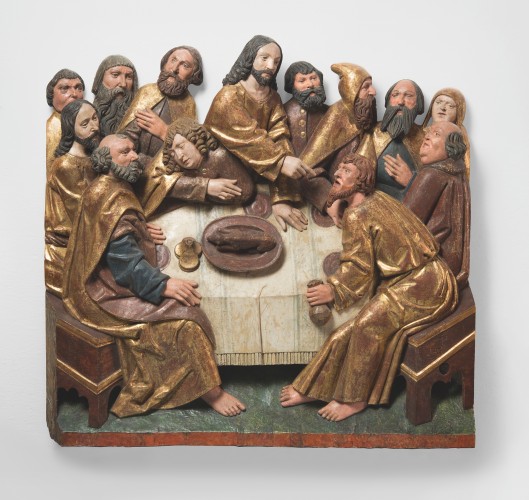 The Last Supper from Třebenice 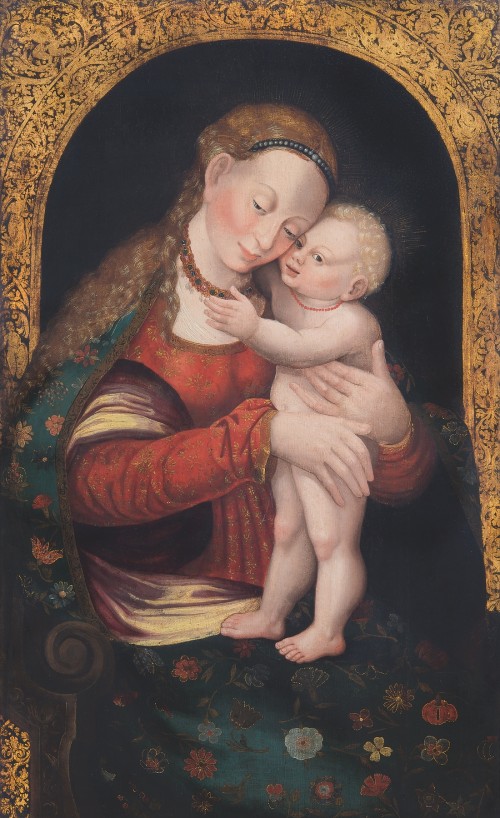 The Virgin and Child with a Necklace 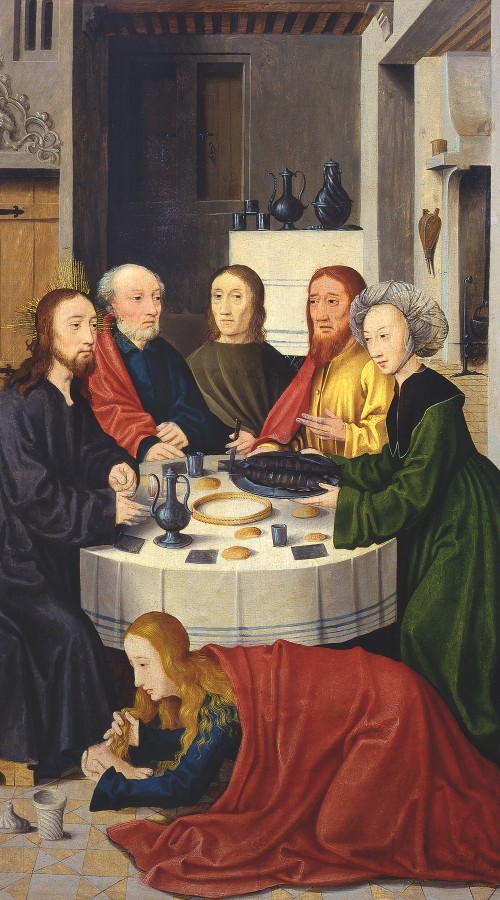 Panels from an altarpiece with Saint Olaf: The Feast in the House of Simon 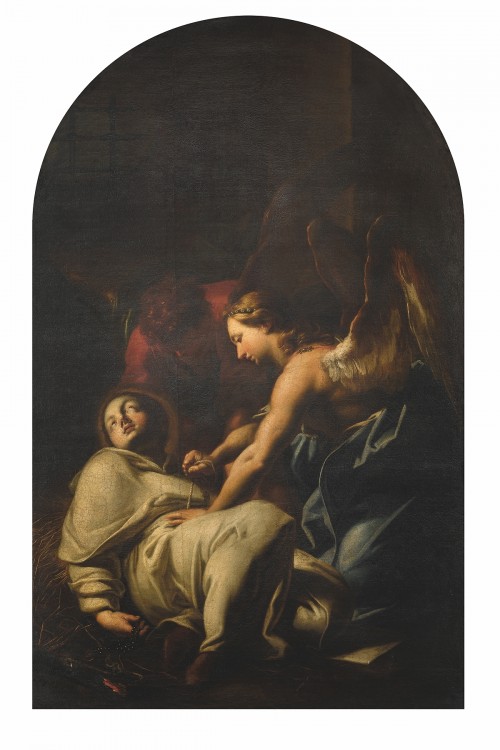 Saint Thomas Aquinas Girded with a Cincture of Chastity 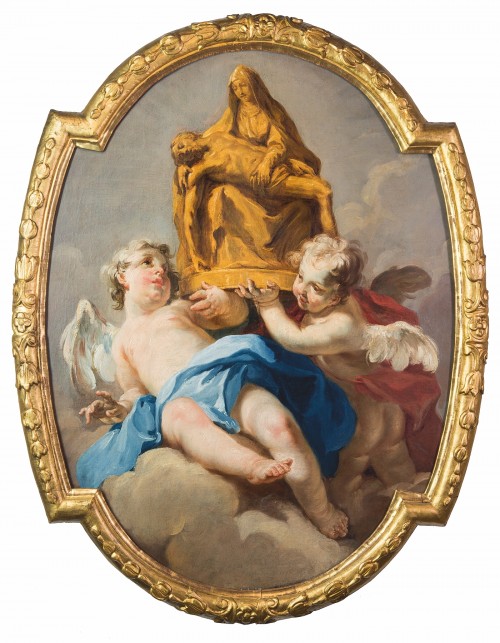 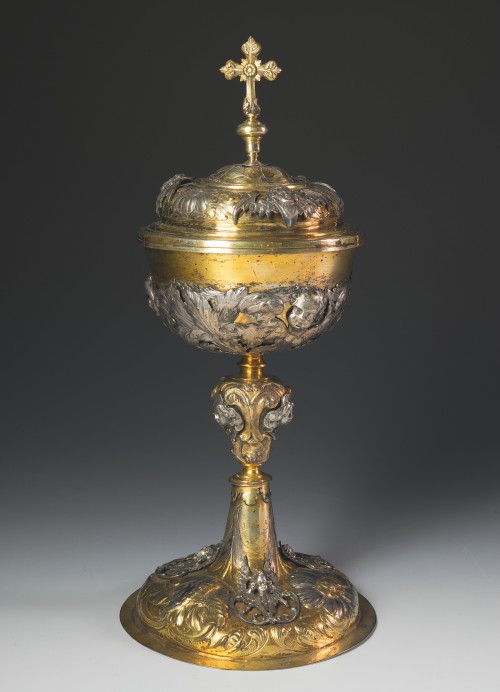 Ciborium from the bishops residence in Litoměřice 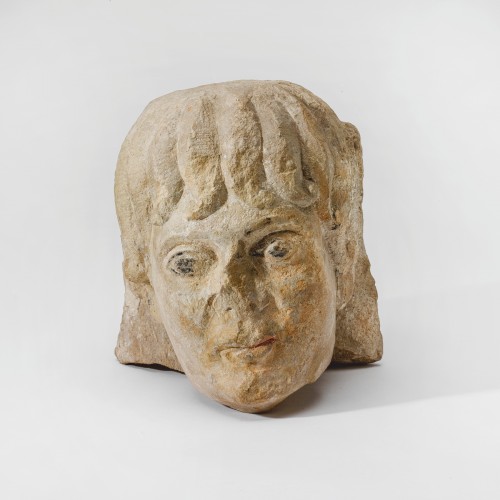 Head of an Evangelist – Saint John (?) from Žitenice 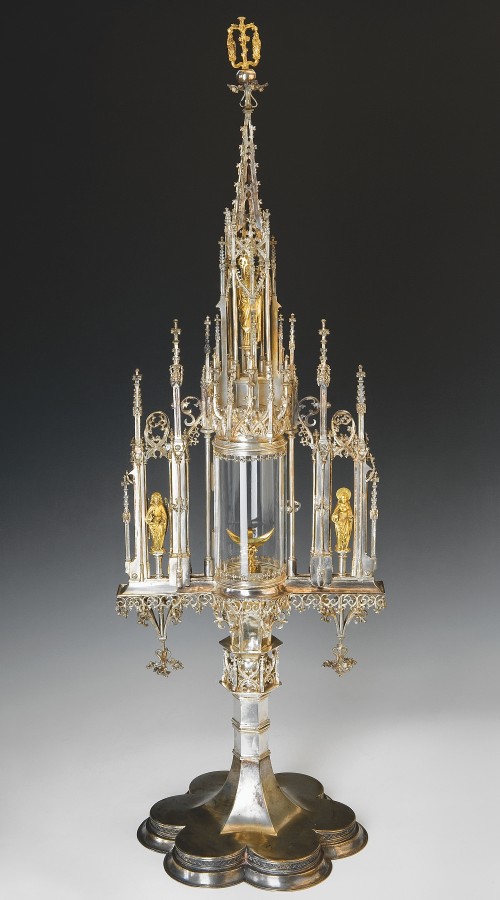