We will introduce the publication Aenigma

In the Olomouc Museum of Modern Art we will introduce the publication of the exhibition Aenigma | Hundred Years of anthroposophic art. The book, published by Arbor Vitae in German, English and Czech language versions, summarizes the results of many years of research. According to the editor and co-author of the exhibition David Waters has ambitions to be a basic work in anthroposophic art. Ceremony will be held on Thursday, May 7, 18 hours and will include a lecture and guided tour of the second author Reinhold J. Fäth.

Four hundred pages publication is the result of more than six years of study. „I am engaged in the theme of anthroposophic art since 2002, when I prepared an exhibition of Rudolf Michalik in the Museum of Art in Olomouc," remembered a book editor and co-author of the exhibition David Voda. In 2009 he contacted with the distinguished German collector and art historian Reinhold Fäth, author of the monograph Dornach Design and collector of European importance. „His collection of theosophical and anthroposophical art is unparalleled in Europe. Not only that draws from his collection exhibition, but without his co-authorship and editorial assistance would not have even a book,“ Voda said.

The exhibition and the book follows the development of anthroposophic art from Swiss origins to the present. It contains an introductory study by authors from Germany, Switzerland, Slovakia and Czech Republic, revealing the origin and the very essence of anthroposophic art, shorter texts, original quotations and interpretations that complement the work of selected artists in chronological catalog. This includes names 125, to each of which was treated medallion. Martin Souček from Arbor Vitae publishinghouse said, that book is basic source material, without which it can not do any party interested in anthroposophic art. „At the same time fundamentally complements the history of European art and disrupt some of its canons. Whether its a question of when the first abstract painting, or how strong was the influence of Rudolf Steiner to some world-famous, such as Alexei Javlensky, Andrei Belyj and Joseph Beyus. It also processes work nearly forgotten German-Czech authors such as, for example, Richard Pollak-Karlin and his wife Hilde Pollak-Kotányiová,“ he said.

The book should be published on the occasion of the March opening of the exhibition, but its preparation was complicated because of concurrent editors three languages. „We regret the delay, but we hope that readers will appreciate that we did not want to rush anything and, as always we prefered quality and thorough work," believes Souček. Olomouc Museum of Art cooperate with Arbor Vitae in the long term. Last jointly prepared the publication for the exhibition of the Czech symbolism Mysterious distances.

Exhibition Aenigma | Hundred Years of anthroposophic art at the Museum of Modern Art, to which by loans involving institutions and collectors from Germany, Switzerland, Czech Republic, Sweden, Poland and Ukraine, is the worlds first attempt to summarize the long history of anthroposophic art and its inclusion in the history of art culture. Examples anthroposophic painting, sculpture, graphics, architecture, design, furniture, clothing, jewelry and toys from March 19 viewed nearly 2,700 people. The exhibition runs until 26 July. Narrative publication will accompany the 18 August and rerun the exhibition in the Museum of Art Moritzburg in Halle, Germany. 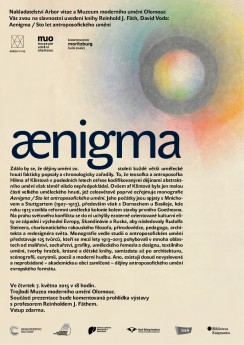 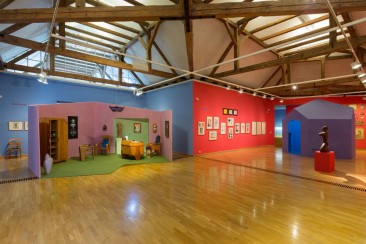 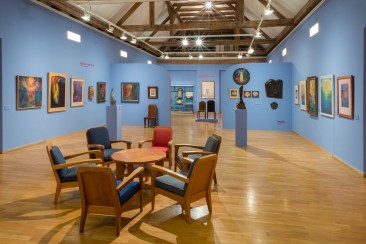 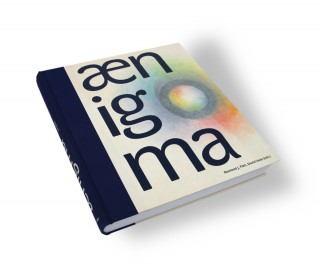