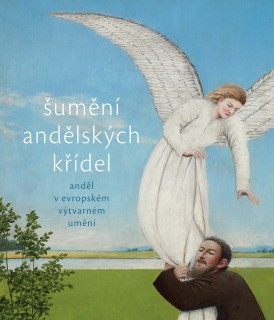 We published a catalog „Rustle of Angel Wings“

More than two hundred angels you can meet to March next year in the Museum of Modern Art and in the Olomouc Archdiocesan Museum. The exhibition „Rustle of Angel Wings“ guides you through the history of visual representation of heavenly messengers from Gothic to the present, from the panel paintings to videoart. Your helper and guide may be epic catalog. The book is on sale for 300 crowns.

The authors of the texts open up some issues in the Czech Republic for the first time. "Very interesting example is the text of the English philosopher Valery Rees, who a few years ago published a book summarizing her lifelong research on angels. Especially for our catalog she written text about angels in the Jewish tradition," said curator Gabriela Elbelová.

The book  also contains a text by art historian Ivan Folleti about the beginning of the story of an angel in a Christian context and about binding to the Jewish and ancient tradition. Professor Jan Royt contributed with essay about the iconography of angels from the Old Masters to the 19th century. Art historian Jiří Olič in his essay about the depiction of angels in the 20th century directly based on the selection of exhibits for the exhibition. Theologian Pavel Ambroz focused on the character of an angel in contemporary theology. Literature and theater theorist Jan Lukavec monitored angel figure in literature and cinema on the 20th century.

The second part of the book is classified as an exhibition, therefore, by angelic roles, namely as a Mediator or Messenger, Wizard, Guardian, Adorant and in general Angel. "The catalog explains the reasons which we led to this division," concluded Elbelová.

Catalogue published Olomouc Museum of Art in cargo 400 pieces and you can buy it in the museum cash desk or on the website www.olmuart.cz. 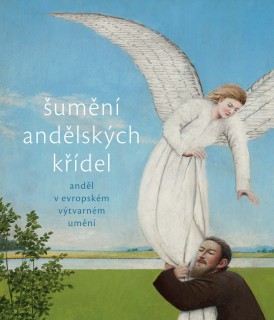 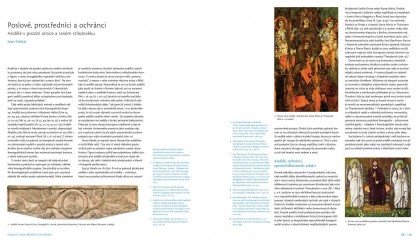 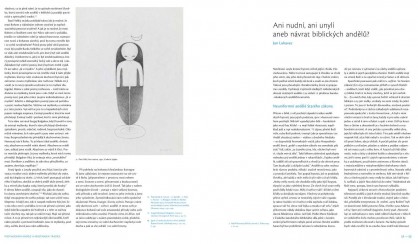 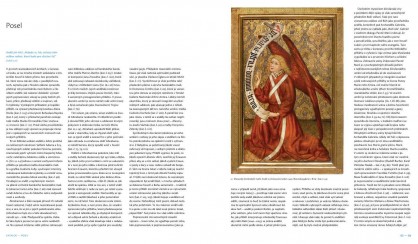 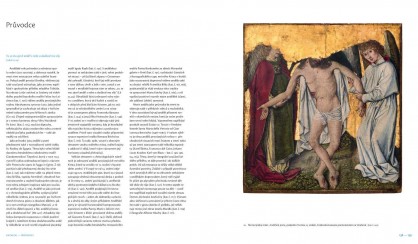 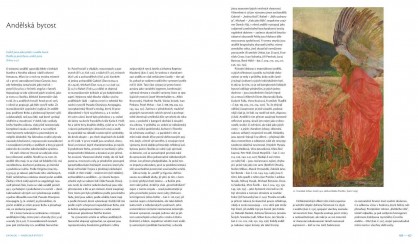 Excerpt from the book
Related