Come and see the newly opened exhibition of drawings by one of the founders of modern European painting and abstraction pioneer Adolf Hölzel (1853 Olomouc – Stuttgart 1934). A representative collection can at the Museum of Modern Art view thanks to a generous donation collectors in Berlin and Monika Heinze Röthinger. It also includes the work of the Stuttgart Hölzel pupil Albert Müller and two works of Hölzel assistant Ida Kerkovius. Hölzel comprehensive view of the creation of the highly acclaimed complete facsimile of his paintings.

"We had to meet a lot of conditions to Hölzel collection of works acquired and we fulfilled its with pleasur," said at the opening yesterday a director of the Museum of Art director Michal Soukup. "I hate talking about money in art, but this gift is in the order of millions of crowns. Röthingers artwork can been auctioned at the auction, but they would prefer to donate it to a public institution, so that they could enjoy our visitors," said Soukup.

The opening was also attended by the donors themselves, spouses Röthinger. "The great merit of this gift is my wife. She did have no objection when I told her that Ill take a collection to Olomouc," said with a smile Heinz Röthinger. "I originally wanted to devote some draws to a German museum, but Germany is under the kind of bureaucratic crust now. The more I appreciate the friendliness with which I met in Olomouc. I was became an art lover thanks to Adolf Hölzel with all the passion of my heart. I hope that visitors of the museum awakens his drawings similar feelings," added Röthinger.

Exhibition of drawings by Adolf Hölzel is part of the Festival of Czech-German Cultural Spring 2017, in the context of yesterday at the Museum of Arts held another exhibition. Photographer Blanka Lamrová launched in the Theater of Music start exhibition from epoch 1989. The photos bring us insight to the events of the summer of 1989, when the Embassy of Germany in Prague has become a haven for thousands of East Germans who hoped they could get through the embassy to the West . "Thats when I went there of my own accord. There was a seethed in neighboring states but in our still nothing," said Lamrová which captured a number of situations around the embassy, the lives of people in desperate living situation, political and contemporary context. "I must say that I would be more interested in the fate of people from my photos, but so far I have never known. Maybe you ever hear anybody," believes Lamrová. 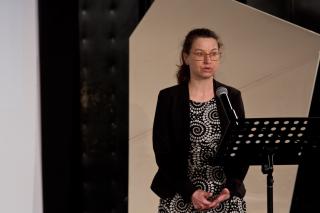 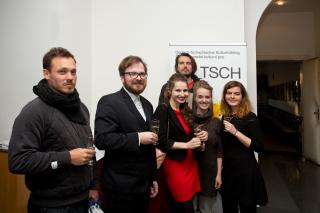