The Museum of Modern Art will be closed

Reconstruction of the Museum of Modern Art has moved to the street section. From 13 to 30 June will be modified main entrance of the building, so we are forced to conclude object. Actions in the Music Theatre will take place in accordance with the announced program. In the summer months the museum gets a new facade and roof. Renovate building we will present on 27 October on the occasion of the 100th anniversary of the original reconstruction, which in 1916 was designed by architect Jaroslav Kovář older. 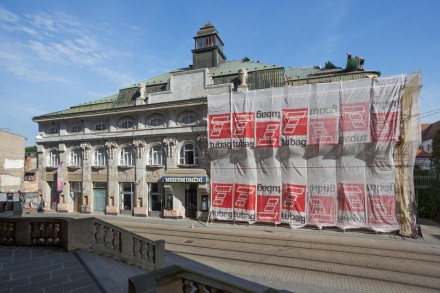