It was not until Sunday that the exhibition of drawings by Antonín Sondey was finished at Café 87, and a new exhibition opened on Monday, this time focused on students of the painter, graphic designer and graphic designer Jiří Lindovský, who since twenty-four years led the Art Studio of the Academy of Fine Arts in Prague.

"The studio is a melting pot, home battlefield, first exam, living room. It is the place where students are first exposed to boredom and boredom of art, professional freedom, craft, discussion - with teachers, with themselves and with each other. Where, at the same time, they start profiling, differentiate and separate, but also safely, "the curator of the Barbora Kundračíková exhibition describes the atmosphere in which the exhibited works were created.

According to her, the studio is led by Jiří Lindovský as a glimpse of the academic career of artists. "If this is true of one of the studios, then it is certainly a matter of what has been led for many years by Jiří Lindovský - Graphic Design Studio of the Prague Academy of Fine Arts. Café 87 is an exhibition of those who have passed through this studio. Its an exhibition for joy and celebration for all, "he says.

"At the same time, a parrot can emerge from the red surface, and from the white paper an elegant dogs leg, the landscape work is measured by a strong psychological portrait and the wind is shaped", Barbora Kundračíková describes already the specific works that visitors of Café 87 will see. 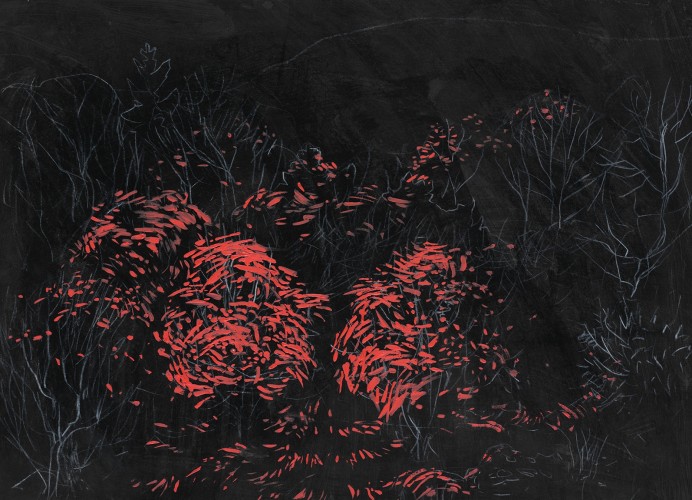 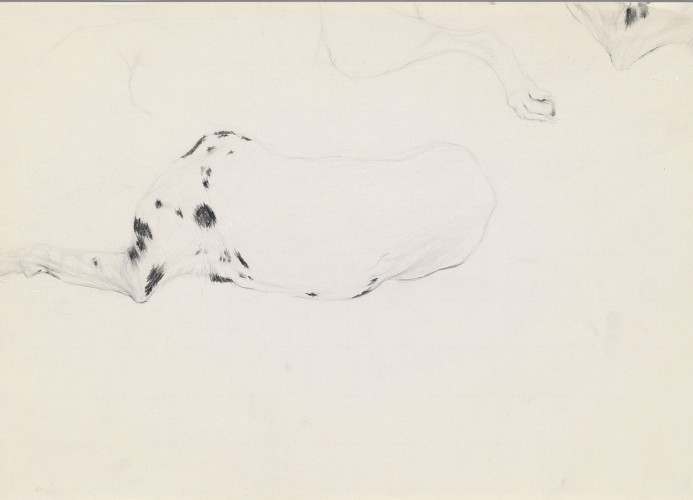 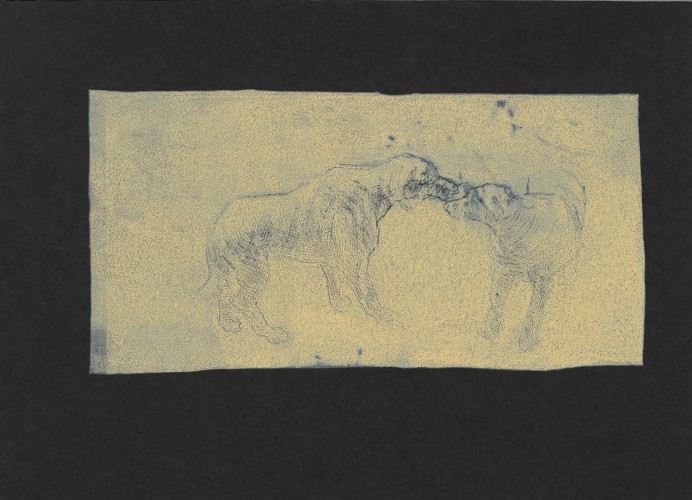 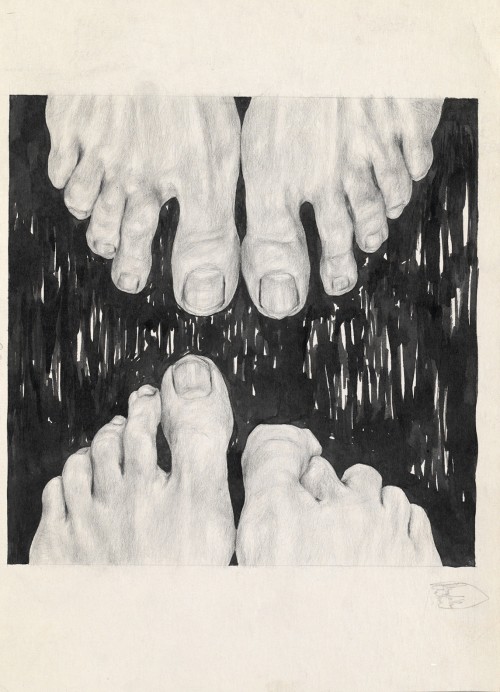 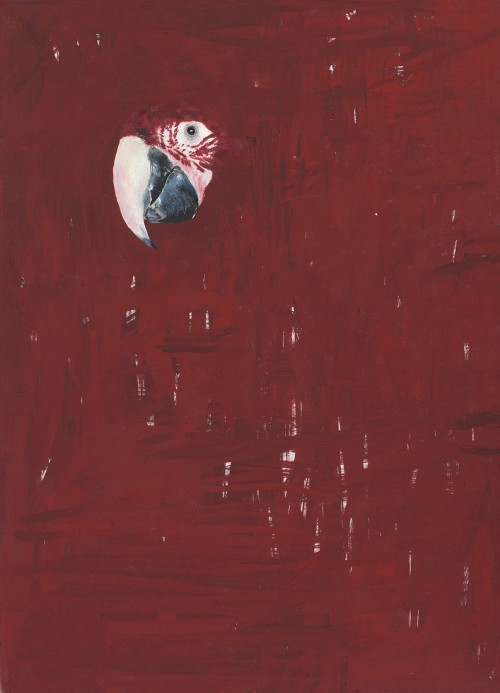 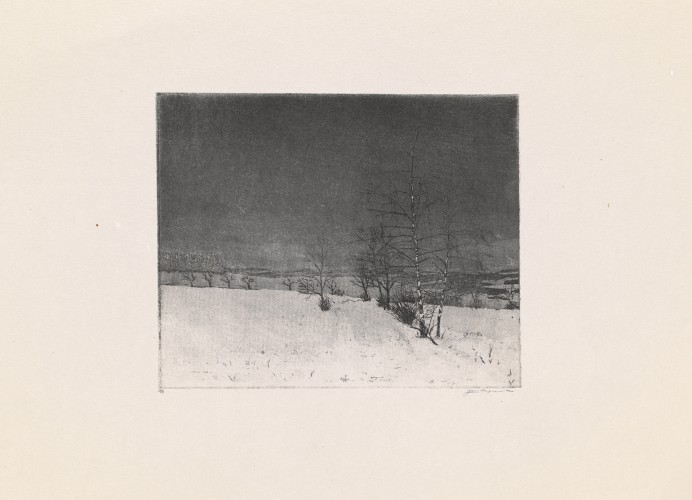 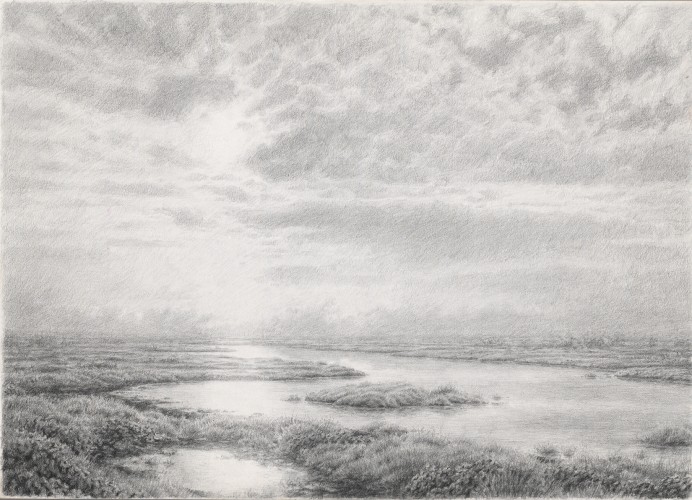 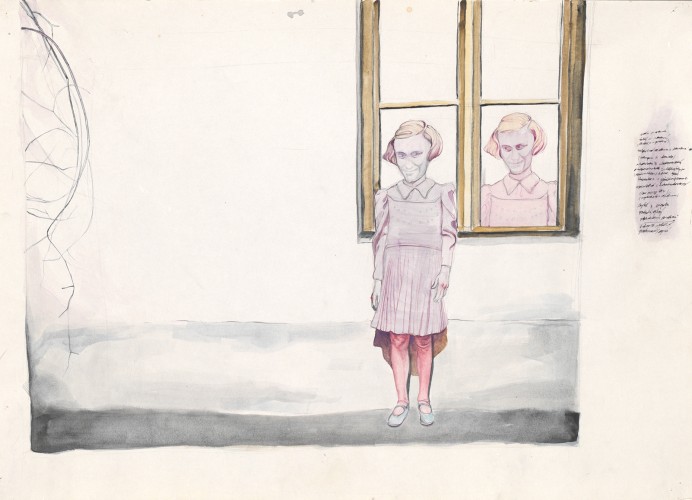