The Archdiocese Museum is on the weekend free!

On the weekend of 13th and 14th June, Olomouc Archdiocesan Museum joins the Open Gardens Weekend. On this occasion, opened Paradise Court, which is adjacent to St. Pauls Cathedral. Wenceslas. The museum will be open all weekend for free. In addition, the weekend ends with an exhibition of world-famous sculptor Ivan Theimer.

A paradise garden dates from the second half of the 14th century and is part of the Gothic cloister and Romanesque Bishops Palace, Henry jack. Museum last year completed its reconstruction. "When repairing the main courtyard, we were inspired by the motif of Gethsemane. And not just because of the intimate and spiritual character of the area, but also because one of the side chapels of the cloister is positioned exceptional sculpture depicting prayers in Gethsemane. Nit inspiration leads to Bishop Henry Zdík, founder of the Romanesque Bishops Palace, which was the fulfillment of their goals in life strongly influenced by staying in Jerusalem, "said the deputy director of the museum Ondřej Zatloukal. A paradise garden is enclosed by the character of his intimate gardens, the distinctive symbolic elements such as well as a source of life and the tree of knowledge, as a symbol of humanity. "The basic architectural elements of the quartet is raised flowerbeds. The new composition is also based on geometrical and mathematical proportions of the cloister and the cloister garden, "added Zatloukal. For more information on the Weekend of Open Gardens here: www.vikendotevrenychzahrad.cz.

Weekend free entrance can also be used for the last tour of the exhibition of world-famous sculptor Ivan Theimer. Paris, Grenoble, Bordeaux, Kassel, Hamburg, Lugano, Olomouc - also adorn this city Theimerová public execution. Enumeration European galleries that Olomouc native living since 1968 in France and Tuscany organized an exhibition of his work or purchased for the collections would be very long. Ivan Theimer celebrated his seventieth birthday last year and a show called Via Lucis pays tribute to his work. For the first time in the history of the Archdiocesan Museum are works by contemporary artist yet installed the works of the old masters in the permanent exhibition. 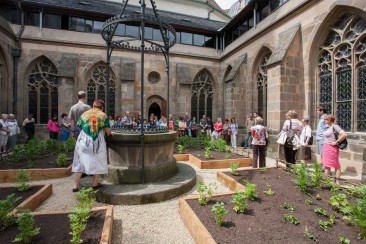 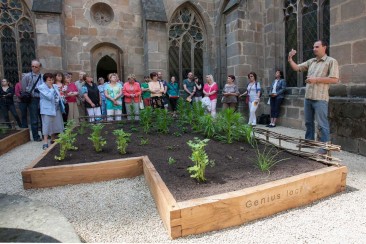 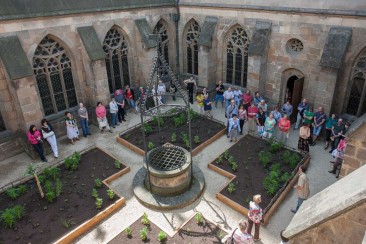 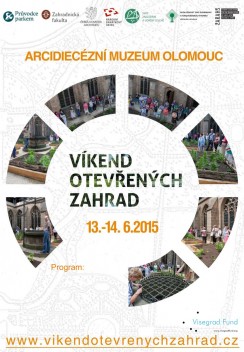 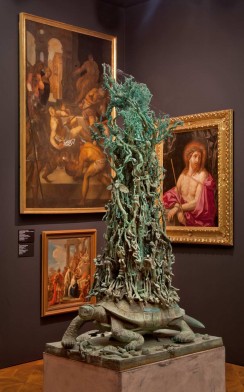 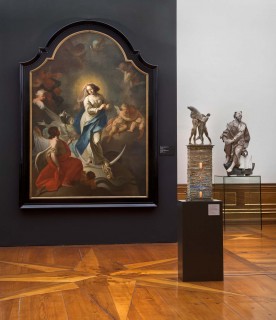 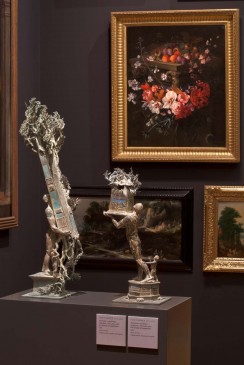