On Monday, October 5 at the age of 62 years died suddenly our longtime colleague Karel Říhovský. Olomouc Museum of Art, where he worked as a conservator and installation worker since 2004, losing an exceptional colleague, a good friend and a sensitive man.

Karel Říhovský was born on January 27, 1953 in Hranice. Trained engraver metals and graduated in woodcarving at Secondary Industrial School umělcko was employed, for example, at the Moravian Theatre in Olomouc as a painter and Kaser (1983 - 1984, 1995 - 1998) and the National Heritage Institute as a woodcarver (1984-1989). His rich experience of artistic craftsmanship practice passed on to the young generation - students of Secondary Schools carvings in Tovačov (1998 - 2000) - and is fully exercised even when acting in Olomouc Museum of Art.

Artistic talent gave Karel Říhovský available only for the benefit of their employers, but often also published his own creative way, not only in the field of his or her own, ie wood carving, hence the sculpture, but also in drawing or painting. He presented his work at several collective exhibitions and one-man exhibition in 2008 in Bruntál gallery in the chapel, led by the curator Jindrich Streit. 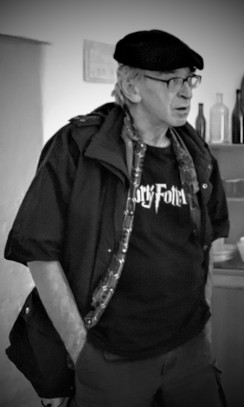 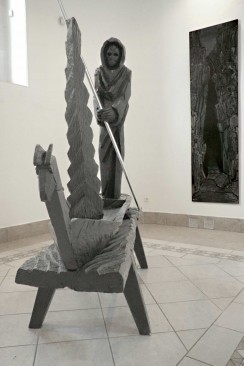 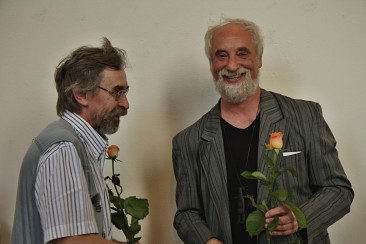 From the opening in Bruntál gallery In the Chapel. Photo: Dalibor Farmer