One ticket for palace, museum and chateau? It is possible thanks to the Spiritual Axis of Moravia Project

Spiritual Axis of Moravia, a project by the Olomouc Museum of Art, the Olomouc Archbishopric and the Kroměříž National Heritage Institute starts its second season, interconnecting important tourist attractions in Olomouc and Kroměříž. During last year the Project partners had to deal with all paperwork, and this year they can finally provide tourists with tailor-made programmes running through the whole year. "The most important news is of course the possibility to purchase a multiple entry ticket at a favourable price but we are also working on a number of accompanying events, such as the first year of the Hortus Magicus Festival of early Baroque culture," Ondřej Zatloukal, Olomouc Museum of Art, indicated.

According to Zatloukal, this season will offer tourists a visit to the Kroměříž Chateau, the Olomouc Archbishop´s Palace and the Olomouc Archdiocesan Museum with a single ticket thanks to the Spiritual Axis of Moravia Project. "We believe that only a visit to all three places will give a visitor a complete picture of the importance and range of activities relating to the Olomouc Archdiocese in Moravia," Zatloukal explained. Visitors can choose from two types of tickets. "We offer a long tour comprising all three buildings and a short tour of the Archdiosesan Museum and the Archbishop´s Palace only," he added.

Tours of the three buildings are the basis for the Spiritual Axis of Moravia but the offer will be extended with other joint activities, this year connected by five topics: architecture, Olomouc Bishop and Archbishop patronage, garden culture, numismatics and music. "Our partners will take all thematic areas into account in their activities, either in form of a short-term exhibition, by a reference in their permanent expositions or by a concert in case of music," said the Project initiator, giving an example of the June opening of the Cabinet of Coins and Medals at the Kroměříž Chateau. "The opening of this permanent exposition presenting rich Archbishopric collection, will be amended with an exhibition of coins and medals of the Spiritual Electors of the Rhineland, later followed by an exhibition dealing with Cardinal Dietrichstein´s mintage," Zatloukal explained. The partners will proceed in a similar way also during the Open Garden Weekend (14 - 15 June) opening both the famous Kroměříž Gardens and the reconstructed Cloister Garth in the Archdiocesan Museum Ambulatory.

The project partners, however, concentrate most attention to the beginning of September when the reconstructed Floral Garden in Kroměříž reopens for public. A demanding refurbishment of a UNESCO World Heritage Site, funded by European Union resources will be crowned by the first year of the Hortus Magicus Festival. "Our aim is to establish a tradition of a festival focusing on presentation of early Baroque culture which would comprise music, theatre, garden art, architecture and other artistic fields. We would like the whole city to be involved in the Festival. We are planning commented tours of gardens, lectures, programmes for children, demonstration of gardening craft and floral arrangement, concerts, theatre, opera and Baroque fireworks," Martin Krčma, warden of the Kroměříž Chateau, enumerated events in the rich programme.

The implementation of the Spiritual Axis of Moravia Project whose aim is to make more thorough use of the Olomouc and Kroměříž potential, was launched by the Olomouc Museum of Art, the Olomouc Archbishopric, and the National Heritage Institute in Kroměříž in April last year. They signed a joint declaration to confirm their mutual interest. 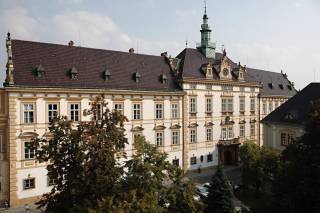 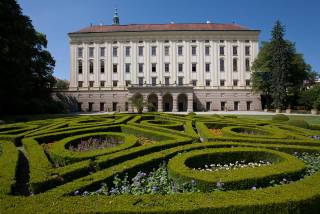 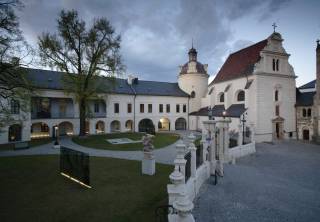