Night of Churches: We´ll open the cloister and the Zdík´s Palace

As usual, the popular Night of Churches also joins the Museum of Art in Olomouc. On Friday, May 29 you can combine a visit to the Cathedral of St. Wenceslas with a free tour of the neighboring Gothic cloister and Romanesque Bishops Palace of Jindřich Zdík. Places where literally wrote the history of Olomouc, we will open from 6 to 10 PM.

Romanesque Bishops Palace is among the most supremely Romanesque residential buildings in Europe. The common name Premysl Palace created because of the assumption that it was the seat of the Olomouc appanage princes of the Premyslid dynasty. We already know that the palace was the residence of Olomouc Bishop Jindřich Zdík, one of the most important persons of Czech history of the 12th century. The emergence of residences associated with construction of the church. Wenceslas, which was founded in the early 12th century Olomouc Prince Svatopluk. The construction was completed Zdík bishop. Near the church he built a magnificent palace, which was adjacent to a smaller rectangular cloister and chapter house plan designed for the common life of priests. In 1141 the bishop permanently moved here along with twelve canons.

Gothic cloister founded in the 14th century as completion probably spent Zdík´s palace. In Ambit thera are ten frescoes from the 15th and 16th centuries. The fresco Adoration of the Magi is probably work of the main master, who apparently came from the circle of workshops Augsburg painter Ulrich Apt.

During the Night of Churches it is possible in the nighttime atmosphere annually visit both churches and chapels, but even the monasteries paradise courts, crypts, towers, bark and other sacred places normally inaccessible. The organizers also offer a rich accompanying program. The idea of open churches at night was just eight years ago in Vienna, where in 2005 there was the first night of Churches - "Lange Nacht der Kirchen". Since then, the event has spread to other European countries. Program Night of Churches in the Czech Republic is currently preparing more than 1,000 churches and prayer houses. 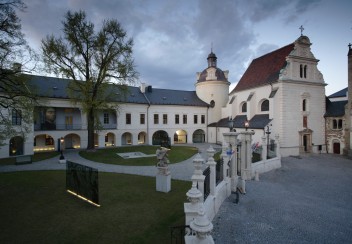 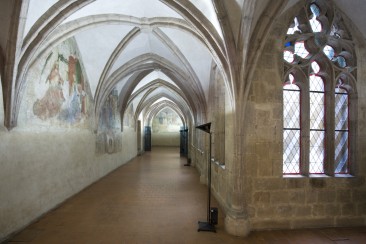 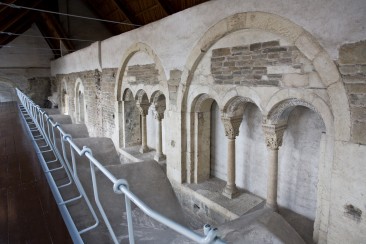