Museum of Art is looking characters from El Greco painting

Just to September 4 will be in Olomouc Archdiocesan Museum displayed a painting the famous Spanish mannerists El Greco Adoration of the Shepherds. As a tribute before his return to the Metropolitan Museum in New York will be held happening, which will result tableau inspired by famous canvas. Olomouc Museum of Art is now seeking candidates for rendition individual characters. You similar to some of the characters of the Adoration of the Shepherds? Do you know anyone who might be Some of El Greco‘s pastors or members of the Holy Family? Museum of Art Olomouc offers the opportunity to "play" in the live video and participate photographic happening, which will be held at the Archdiocese Museum on Monday August 29.

"Archway and the environment on the museum courtyard are at a certain angle looking like scenery from El Grekova image. We thought this would similarity to record the form of the live image," said the head of the Educational Department Marek Šobáň.

Photographs taken by a professional photographer, will replace the original painting in exposure from 8 to 18 September. "Let the photo printed on canvas in the same size as El Greco’s canvas. So participants will then see happening right in the gallery," explained Šobáň. The museum also participants and provide photo prints in electronic form. Appears in the magazine Muzeion and museum web website and social networks.

How to audition for the character of El Greco painting attend? Just before August 22 submit portrait photos to email soban@olmuart.cz or after previous agreement to present in person (contact person: Marek Šobáň, phone: 585 514 174).

El Greko‘s Adoration of the Shepherds Olomouc loaned by the Metropolitan Museum in New York in exchange for loans of Titian painting Apollo and Marsyas from collections Olomouc Archbishopric. Exposure to a meter and a half years of high image 1605 - 1610 is part of the celebration of ten years from the opening of the Archdiocese Museum Olomouc. On this occasion, also underwent a comprehensive renewal of its permanent exposure In Glory and Praise. 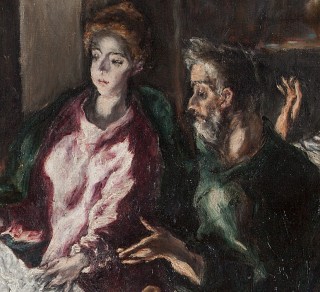 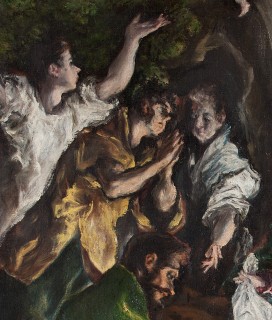 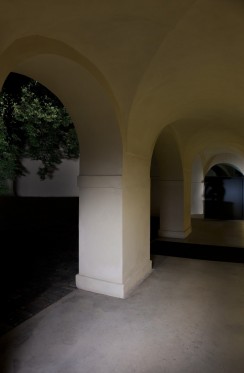