Set of seventy works by Terry Haass arrived yesterday from Paris to Olomouc. The artist, who died in March this year, is bequeathed Olomouc Museum of Art.

Custodian of the museum was filled with 25 statues made of stainless steel, wood and plexiglas, 35 oil paintings, eight artists books and her graphic arts from New Yorks period to her work in the Parisian atelier Lacourière. Just insurance value of the works amounted to approximately seven million crowns, the real one is much higher.

Terry Haass was born in 1923 in Český Těšín as Theresa Goldman. Her grandfather was a doctor in Mohelnice and she studied health care at a girls college in the Olomouc Pöttingeum. Because of Jewish descent in 1939 she fled from to France and Portugal over the USA, where she studied art history, and later to the US. In New York, she studied in the studio of William Barnett, Osip Zadkine. He entered the studio of Stanley William Hayter, where she worked with Joan Miró and André Masson.

"Then the oppressive atmosphere of the period of McCarthyism people from Eastern Europe had in the US lightweight, women also were not exactly the center of interest galleries. These serious reasons of, she chose the stage name Terry Haass, which was intentionally an did not indication of the country of origin, nor the name of a man or a woman,"explained the curator of the Museum of Art Gina Renotière.

Terry Haass in the 50‘s returned to Paris, where she worked in the press room of Roger Lacourièr and where she met Pablo Picasso, Joan Miro and Marc Chagall. At the same time she studied classical archeology focusing on Mesopotamian archeology and received a diploma at the Ecole du Louvre. She participated in major excavations in the Middle East.

Her art work is represented in collections in museums and galleries around the world from the United States to Cameroon. Olomouc Museum of Art organized in 2006 her first extensive retrospective on Czech territory called Light - space - time. It included a documentary film Terry from Montmartre directed by Olga Špátová, broadcasted by Czech Television.

"She lived an incredibly rich, creative and meaningful life," said of Terry Haass Renotière. She is going to write a memoir about her about three years and next exhibition profile. According Renotière some of the works would sooner become part of the permanent museum exhibition entitled A Century of Relativity. 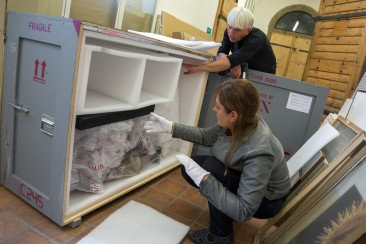 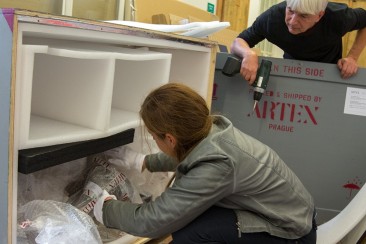 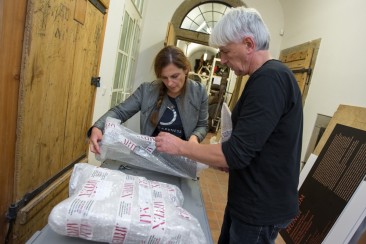 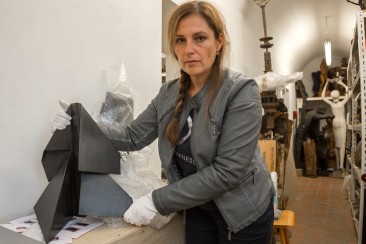 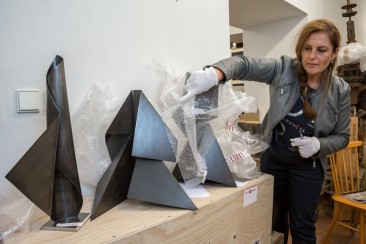 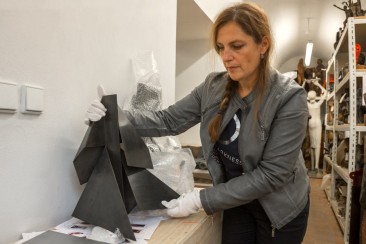