The Fragment.D exhibition will present the works of Monogramist T. D from the collections of the Art Museum

One of the two exhibitions, which began on November 16 at the Museum of Modern Art, will present visitors, paintings, photographs, installations, graphics and authors books linking the name of a significant Czechoslovak artist and university professor Dezider Tóth or Monogramist T.D Olomouc Art Museum. artists seventies.

"Dezider Tóth always belonged to people connecting the Czech and Slovak artistic environments. Both with their artistic opinions, participation in exhibitions, membership in professional societies, and double anchoring in their Brno and Bratislava residence, "said curator Gina Renotière. These transitions were reflected in the inclusion of T. D Monographists work in the Central European Art Database in Olomouc as well as the representative representation of his works of art in the collections of the Museum of Art.

At the exhibition entitled FRAGMENT.D, visitors will see all of the authors work, which the museum owns, with two of them only a few days back. Recent acquisitions include, for example, an installation which, as Dezider Tóth exhibited on 16 November 1989 at Sovinci. "This is the red canvas of the classic communist era. These banners hung in the streets above the heads of people described by various passwords. I have taken such a canvas and the same type of font and the same yellow color I wrote the password for him: Dream! It hung in my apartment - my visits then saw what the streets, but with another meaning, "Dezider Toth stressed.

For a jubilant author, the Olomouc exhibition is a premiere in a certain sense. "This is the first exhibition of my stuff that is in the collection of some institution. That is, it is not only my work but also the work of curators who have chosen specific things, "says Monogramist T. D, who began using this pseudonym shortly after his fiftieth birthday in 1997. He inspired medieval monographers who did their works only monogrammed, so their identity is unknown. "Thats why I write in catalogs: Monogramist T.D, an unknown artist of European significance," he adds with a smile. 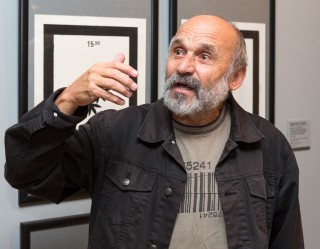 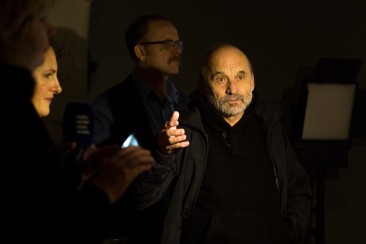 The Exhibition at the Museum of Modern Art will be opened by Dezidér Tóth alias Monogramista T.D 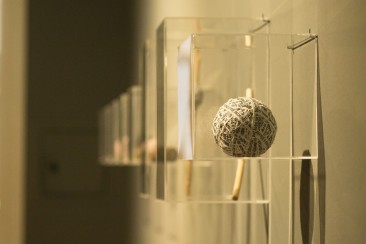 Monographist T.D also deals with the writing in his works 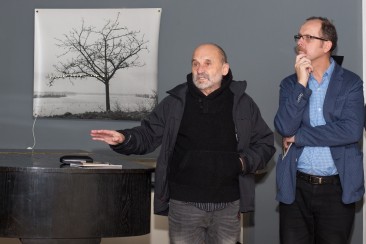 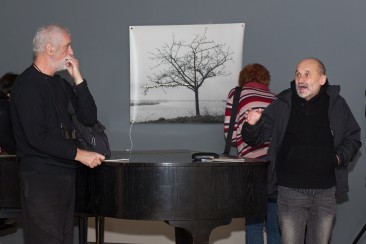 Dezidér Tóth with his long-time friend, a legend of Czech photography by Jindřich Štreit- 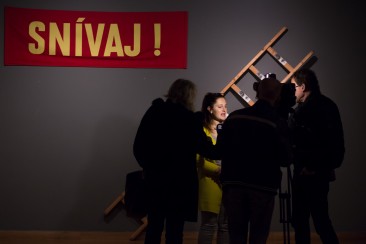 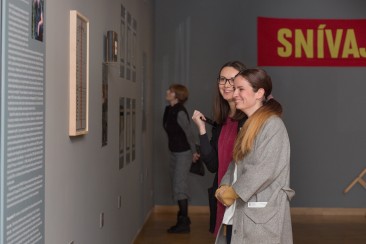 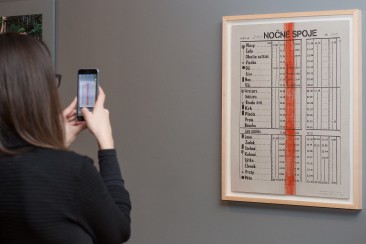 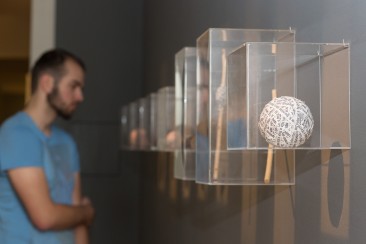 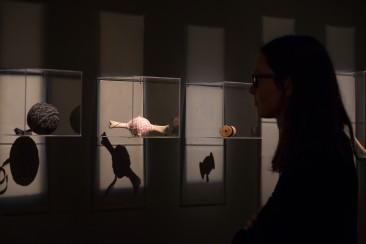