At the beginning of September, choreographer and dancer Mia Habib will be present at the Olomouc Theater of Music. He will bring HEAD (S) incest, which will be held on September 6th and 7th at 7.30 pm by the Theater of Music in cooperation with the Theater for Cucumbers. On Thursday September 7, there will also be a morning performance for children and there will be no discussion with the author.

Mia Habib will be presenting in Olomouc as part of the program Re: Nordspirace following the Nordspirace Theater project, which brought to the Olomouc six Norwegian artists of dance and physical theater.  Mia Habib was already in Olomouc and she introduced her production Mono.

The upcoming performance of HEAD (S) is a solo for one body, which, of course, is being challenged by others, allows viewers to "get dangerously" approaching, making themselves known to the unknown crowd. "Habib wants to overturn the seemingly invariable rules of theater hospitality as a public space. The stage, that is, her home, will become a space for everyone, "Petr Dvořák, a production theater performer.

Habib wants to overturn seemingly unchanging rules of theater space. Two different parts of the production reveal the "invisible" boundaries and rules not only of space itself but also how fast this change can take place. What structure will emerge from it and how it will be interpreted depends on each individual and the total mass of the mass they form together.

In the first part of the performance she points to various spatial ideologies through images and gestures that we know from media, popular culture, mob movement, but also from human resistance or sadness. The performer is thus a decisive force in the space with the present audience, who is at the moment observing the mass.

"The decisive principle of the second part is the audiences participation, which is invited to infiltrate the space," Petr Dvořák, the production theater of music, specified as "the real" according to how the audience decides, while the performer leaves part of the space for himself. HEAD (S) will appear at the moment of collapse. 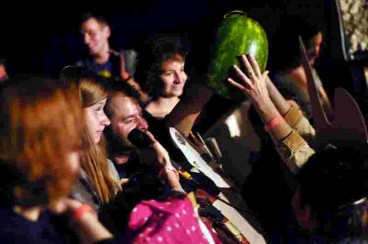 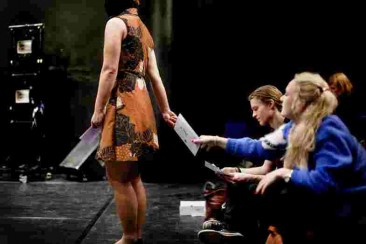 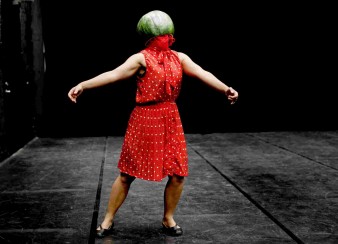