The Metropolitan Museum of Art will lend us El Greco

In June the painting Adoration of the Shepherds by El Greco will be part of the celebration of the tenth anniversary of the opening of the Olomouc Archdiocesan Museum, which is part of the Olomouc Museum of Art. Works of the world-famous Spanish mannerist painter will be lent to Olomouc by the famous Metropolitan Museum in New York in exchange for the loan of Titian´s painting Apollo and Marsyas from the collections of the Olomouc Archbishopric. The exchange is further evidence of the excellent cooperation between the Archdiocese of Olomouc and the Olomouc Museum of Art, which cares for the church collections concentrated at the Kroměříž chateau.

The world-famous painting  Apollo and Marsyas (after 1550) by the Italian Renaissance painter Titian moved from Kroměříž Chateau to the Metropolitan Museum in mid-February. One of the most valuable paintings in the world has been exhibited in the Met Breuer, the newly opened museum building, designed by architect Marcel Breuer, since March 2. The loan,  according to the Archbishop of Olomouc Jan Graubner, is an extraordinary opportunity to present the Czech Republic. „The Titians painting is the work of world importance and many galleries are interested in borrowing it. It is not possible to oblige everyone because frequent relocations would do harm to the painting. The loan to the Metropolitan Museum of Art, however, is an exceptional event. Among other things it is representation of our country and our care for cultural monuments and perhaps also an invitation for American tourists to visit Kroměříž,“ said Graubner.

According to the archbishop the loan is of seminal importance because the Olomouc Museum of Art succeeded in agreeing on reciprocal cooperation with the Metropolitan Museum. „In Olomouc, in turn, a gem from the collections of the Metropolitan Museum - painting  Adoration of the Shepherds by Spanish mannerist painter El Greco - which in the Czech Republic has not been exhibited yet“ will appear,  the Archbishop supplied.

The painting from 1605 - 1610 will be a major attraction of the June celebration of the tenth anniversary of the opening of the Olomouc Archdiocesan Museum. „It is a great honour for us and  at the same time confirmation of our repute, because one of the most important museums in the world  perceives us as trustworthy and important partner,“ said museum director Michal Soukup.

But El Greco´s painting is not the only new thing the Archdiocesan Museum is preparing for the jubilee. „On this occasion the permanent exhibition, representing about three hundred art gems from state-owned and church collections, will be altered and supplemented as a complex. We will focus on larger thematic interconnection of individual parts, increasing the attractiveness of the installation and its contents,“ explained Soukup. Due to the demanding reinstallation however, the permanent exhibition will be closed on March 7,  and it will reopen officially on June 2. Adoration of the Shepherds by El Greco will be a part of the permanent exhibition until September 4.

The Titian´s painting did not travel to New York alone.  Another unique painting from Kroměříž Archiepiscopal collections accompanied it- a double portrait of the English king Charles I and his wife Henrietta Maria (1632-1634), the author of which is a Flemish Baroque painter Anthonis van Dyck. „Painting by the most talented follower of Pieter Paul Rubens is on show at the Frick Collection, the museum founded in the former residence of the industrialist, financier and arts patron Henry Clay Frick. Importance of Kroměříž painting is illustrated by the fact that the organizers used it for the invitation card,“ said Soukup. The exhibition entitled Van Dyck: The Anatomy of Portraiture will be open until June 5. 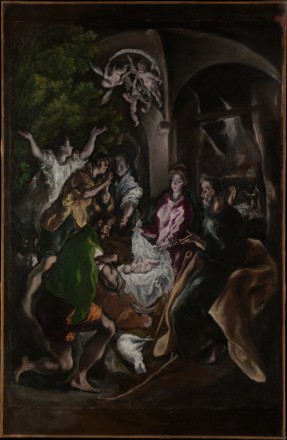 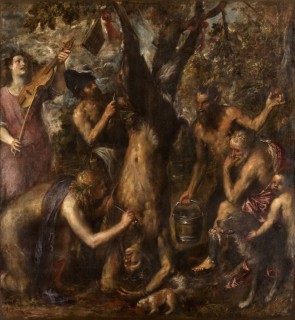 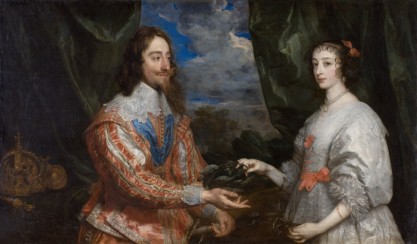 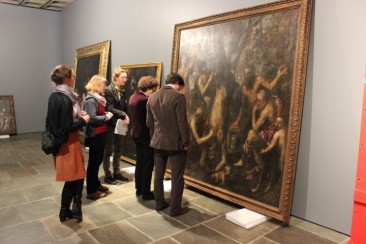 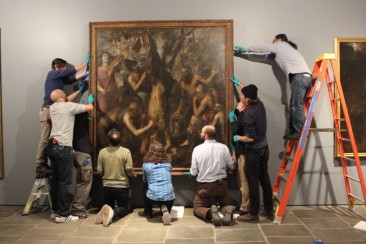 Installing of van Dyck painting in the Frick Collection