Olomouc Mayor Antonín Staněk, his deputies and some city council members visited today in the Archdiocese Museum to look at a new exhibit with its temporary peak in the form of Adoration of the Shepherds. The painting of the famous painter of the 16th and 17th century El Greco will be issued only till Sunday, September 4.

"We got him as reciprocal loans from the Metropolitan Museum in New York, which is quite common," said government of city representatives curator Miroslav Kindl. He approached the reason for the replacement screen Apollo and Marsyas from property Olomouc Archdiocese. "El Greco worked as a young Titian painting workshop. Apollo and Marsyas is one of the last paintings Titian, Adoration of the Shepherds again closes the top of El Greeks work, " explained and added art-historical interpretation.

The painting on the head of the city impressed. "Although not large in size, it makes me feel monumental. It is the hub and the incredible luminosity," said Mayor Staněk.

Work from the years 1605-1610 will be in the Olomouc Archdiocesan Museum on display last Sunday, when admission is free. 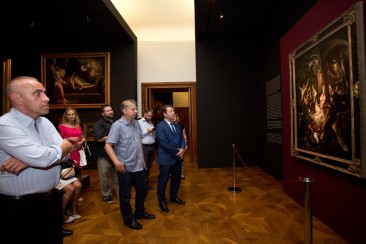 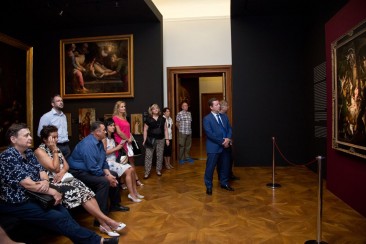 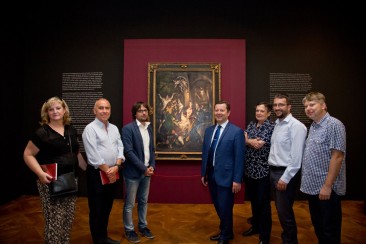