To the Polish city of Katowice moves exhibition Jindřich Štreit (Un)known photographs 1978–1989, which in Olomouc Museum of Art will be seen to Sunday, October 30.  Štreit’s images reflects humanity and warmth.

The exhibition was organized by the museum for Štreit seventieth birthday. It is represented by two hundred photographs, of which about half have never been exposed. "The author is kept for decades in its archive in Sovinec," explained curator Štěpánka Bieleszová.

Unknown pictures they chose from about five hundred prints. "We discussed one by one and had a lengthy discussion that one issue," said Štreit. The final selection, according to him, has intimate character. "Most of it is thematically focused on families, households, children on ordinary, everyday situations. A significant role is also played by Olomouc. Once I was surprised how much I have photos with Olomouc motives," said world-renowned photographer.

Specific was the twenty meters of black paper densely covered a total of 176 photographs from the cycle Village Is the World. Giant role was almost thirty years hidden in Štreit’s darkroom. "From the authors memories, I knew that is somewhere there. When we have it in February for the first time in the museum unpacked, it was for me a big surprise. Some photos are among the icons of his work, others are really unknown, "said Bieleszová. This role but had not gone to Poland, because Czech embassy in Beijing is interesting in.

Among the images on display in Katowice is one that accidentally appeared in a publication issued by the exhibition Táňa Holaňová, who lives in the United States and was in the Czech Republic on vacation. "I discovered my mother and farther down the photo from the eighty-fifth year. Father whom I actually did not see much in his life, he died when I was eleven, "described the incredible meeting Holaňová.

The exhibition project, due to its complexity, is cooperated by experts from Olomouc Museum of Art and the Institute of Creative Photography in Opava headed by its leader, Professor Vladimír Birgus. Polish exhibition is organized by ZPAF - The Association of Polish Art Photographers. The opening will take place on November 2.

Štreit photographs are in the collections of the Museum of Modern Art in New York, Victoria & Albert Museum in London, the National Gallery of Art in Washington, the Museum of Photography in Tokyo and other renowned institutions. Work presented at more than 1,200 independent exhibitions and participated in numerous group exhibitions at home and abroad. 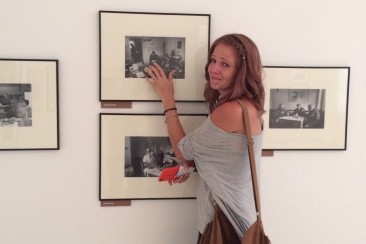 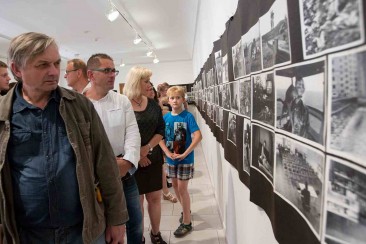 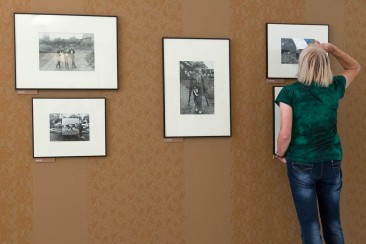