The Chinese audience can see the selection of the most famous photographs of Jindřich Štreit from cycle the Village is word (1978 - 1989), which since last year has been part of the Olomouc Art Museum collection of art since June 5 in Ningbo, Shanghai. From Friday 9th June, art lovers can also enjoy art photography in the capital of China - Beijing, right at the Embassy of the Czech Republic.

"Village is word (1978 - 1989) has been born continuously since 1978 until the present day. Like other famous photographer Josef Sudek, he was able to look from the window of the studio to create photographs that enchanted audiences around the world, and Štreit convinced us with his photographs that a great topic did not have to be searched far and that the author was not decisive. Where he lives. His topic is not local, on the contrary, it is generally and humanly comprehensible, "describes the work of Jindřich Štreit Štěpánka Bieleszová, curator of the Olomouc museum of Art.

She, together with Vladimír Birgus of the Opava Institute of Creative Photography of Silesian University, participated in the preparation of a demanding exhibition. "These photos were presented in the form of a twenty-meter strip of paper that was densely covered with one hundred and seventy-six photos last year at an exhibition in Olomouc," reminds Štěpánka Bieleszová. The Arts Museum then exhibited more than 200 photos on the occasion of the authors seventy, with roughly half of them not yet published. The giant role, for almost thirty years, was hidden in the Striits photocopier. After the exhibition, the author donated this exhibit to the museum. 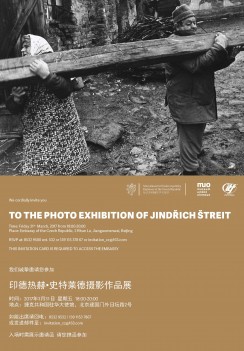 At the Czech Embassy in Beijing, the exhibition will take place on Friday, June 9th. 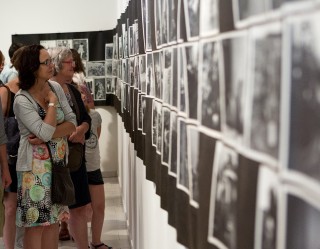 This exhibition was held in Olomouc last year

On a twenty-foot belt, there were one hundred and seventy-six photos. 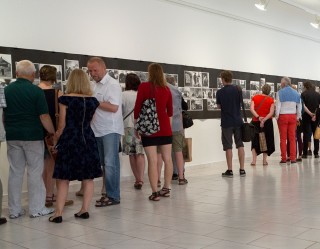