Binder in interpretation focused on the first half of the 20th century, a period that he prepared to issue. "But these are different disciplines, the exhibition is for watching, while the guided tour it is necessary to select what to talk," explained Binder. He wants to overwhelm his audience, yet it must take. "It must be attractive," said the curator.

All data before walk exposure he validates again. For sure. "It happens that sometimes someone comes with a lot of quizzes or who knows a completely different context," said Binder and admitted that he likes and inquisitive audience interaction. He considers this to be evidence of enthusiasm for the topic and always tries to reveal something of the background of specific works. "Maybe that Adolf Kašpar was brother in law with Olomouc publisher Promberger that Jaroslav Durych lived in Olomouc twenty years, though not talk about it too much, or that Oscar Dominguez drew in a house in the Lower Square..."

The next guided tour will lead Ivo Binder on September 21th. Meanwhile, the candidate performs the second part of the exhibition on June 15th and Ladislav Daněk, which was preparing for the exhibition works of the late 20th century.

The exhibition By charcoal, paintbrush, scalpel… lasts until September 25, and has a rich accompanying program. Choose from it HERE. 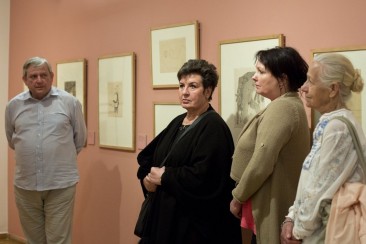 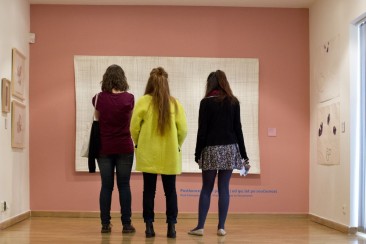 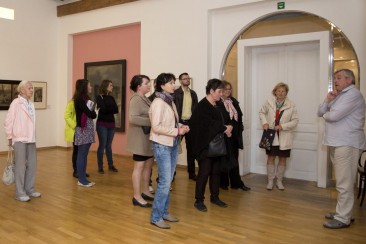 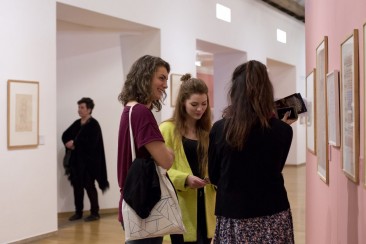 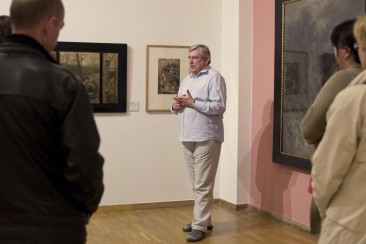 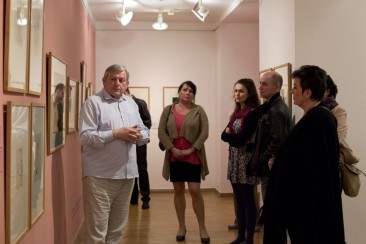 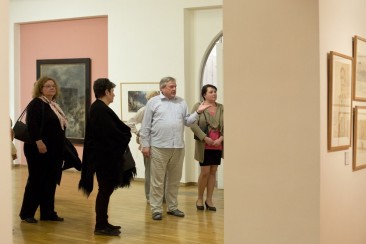 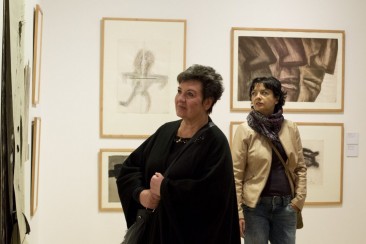 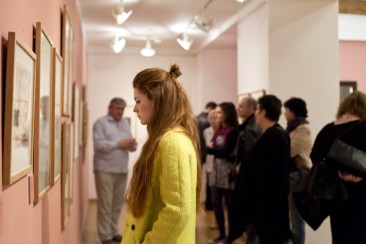