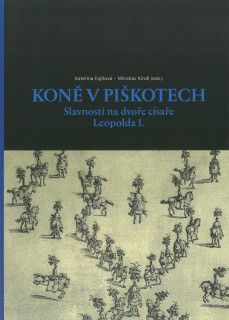 Hortus Magicus reminded the time of Emperor Leopold I

Opera, theater, music, horse shows and fireworks, all in the spirit of the Baroque, such was the fourth year of the Hortus Magicus festival. This time the Kromeriz Garden Flower returned to the time of the magnificent festivities in the court of Emperor Leopold I.

Also the summit of the Saturday program was inspired by Emperor Leopold I, grandfather of Maria Theresa. The Plaisirs de Musique set up the Festa di Sua Maesto Caesarea Leopoldo, in which he performed a girl of todays imperial life, from the magnificent wedding with the Spanish infant Markéta Tereza to the dramatic siege of Vienna, the Turks.

"The main performance was in part from the emperors pen, and we managed to read one of his works," Martin Krčma, the castle of Kromeriz, boasted the traditional Baroque fireworks.

But visitors were not bored during the day. The novelty of the festival was a horse show that showed Baroque riding art to viewers. There were also programmers such as Geisslers Hofcomoedianten, who started the whole festival with Count Špork or the Doudleb Kejklíř Theater.

The children enjoyed Harlequins journey of happiness. During this game, they had to find habitats in the Flower Garden and perform tasks to help Harlequin to his love of Colombine. "The interest of the children pleasantly surprised us. The children obviously enjoyed the game, "said Terezie Čermáková, a lecturer at the Archdiocesan Museum in Kroměříž. The adults then again captivated Klára Franc Vavříková, Champion of the Republic in Floristry.

Sunday did not work but the rain had no effect on the program. The golden peak of the day was the Lacriamae Alexandri Magni  by the Ensemble Damian in the Great Greenhouse. Visitors did not miss the unique show to miss and fill the space to the last place. Even on Sunday there were no horses. The ladies in the saddle went out of the weather, and people and umbrellas, their equestrian art, enjoyed.

In addition to music, dance and theater, visitors enjoyed workshops, guided tours, fencing performances, or photographed in a baroque costume.

The photos were taken by Tereza Hrubá. 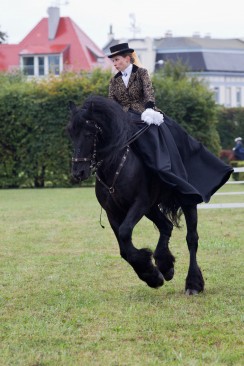 Horse dancing showed the ladies in the saddle. 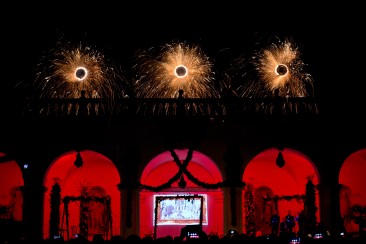 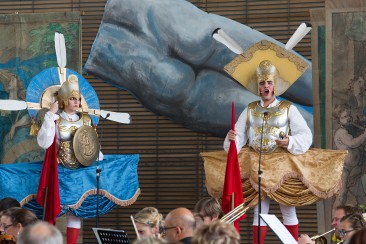 The Golden Slope of Sunday was the work of Lacriamae Alexandri Magni (The Tears of Alexander the Great) in the Great Greenhouse, performed by Ensemble Damian. 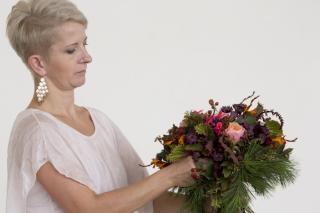 Master of the Republic in floristry Klára Franc Vavříková presented her art.

Master of the Republic in floristry Klára Franc Vavříková presented her art. 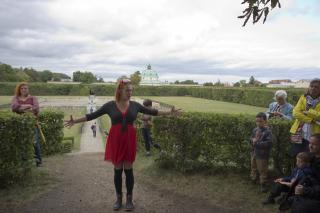 The Doudleb juggling theater has fun for both children and adults. 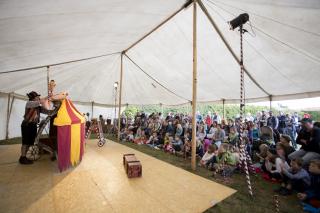 The Doudleb juggling theater has fun for both children and adults.

Visitors could borrow a period costume. 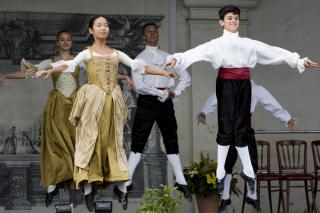 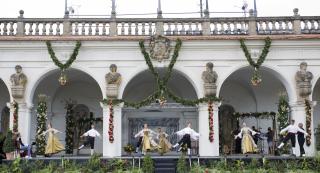 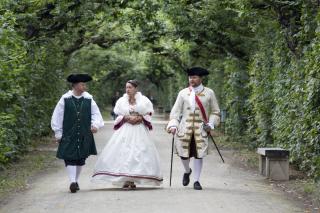 Visitors could borrow a period costume. 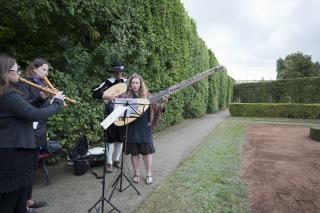 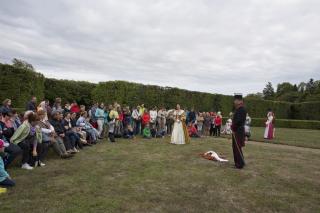 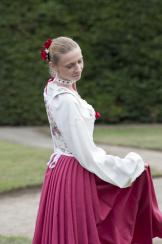 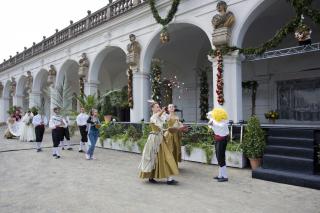 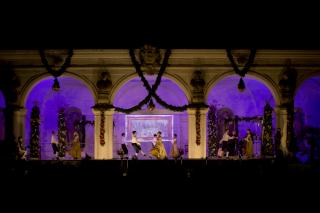 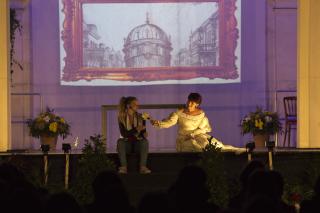