Hugo Marom, charismatic Israeli pilot and one of "Wintons children", will be a guest on Friday on Days of Jewish Culture.

Even before his performance at the Mozarteum Marom visited today in Olomouc home for the elderly for his former flight instructor 95 age old Alois Mutňanský.

"You have not changed ... just when you were a sergeant, not major," joked a guest from Israel. After the world war the second he was one of the pilots, who had to fly to Israel on one of three Spitfires. But the Czechoslovak government has the planes finally issued. "One of them is still in the museum in Kbely," said Marom.

The first time he sat on a plane in Olomouc. The last flight with an instructor Mutňanský completed in the fall of 1948. Further training Bolshevik government banned. In Israel Marom served as a fighter and test pilot and later founded a company for the construction of airports. Czech fighter flew the last time a year ago.

„My whole life was based on that training course in Olomouc. At the time, no mother did not want her son to go to the Air Force, and they said – Fly low and slow, which is exactly the opposite of how to fly," recalled Marom.

Beautifully resonant Czech from period of  Czechoslovak Republic casually punctuated in the early afternoon Hebrew and English, depending on who you spoke. He will shared with the life story with festival goers on Friday.

"His visit to the festival dramaturgy fits, even though the tagline good wife who can find? His wife originally came from Olomouc and became a volunteer. Together with then met in training, "said the organizer Alexander Jeništa.

Meeting with Hugo Marom will accompany by editor of Lidové noviny Judita Matyášová. 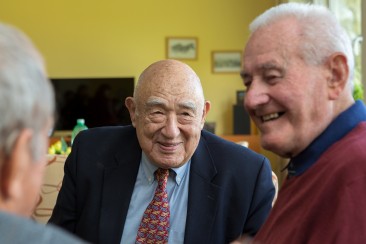 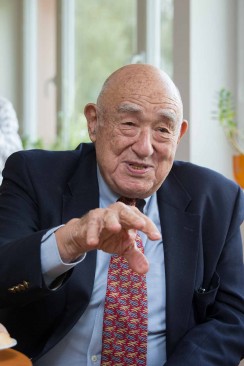 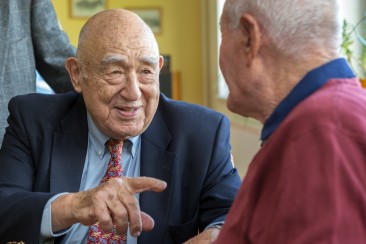 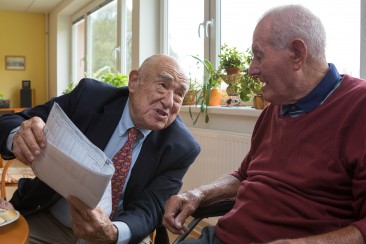 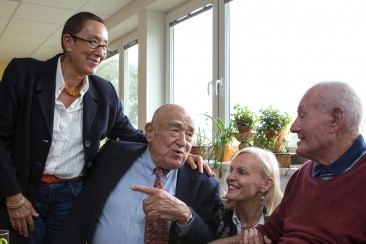 Hugo Marom with his daughter (on the left) and Alois Mutňanský.