Rustle of Angel Wings and Palace of Olomouc Museum of Art are the names of two new exhibitions that will be on display until early spring of next year. One conceives angel in European art, the second reminds one hundred years since the renovation of the former court and the prison to the palace, which is now house od the Museum of Art.

The ceremony was accompanied by an unusual musical instrument theremin. It was built in Russia in 1919, it is a contactless one, based on electromagnetic waves. Theremin played by approaching hands to the antennas. "The sounds may resemble the angels," said Marie Ladrová musician who played on theremin in a duet with cellist Natalie Hošková.

Rustle of Angel Wings audiences to the history of art rendition of heavenly messengers from Gothic to the present, from the panel paintings videoart. "Angel is a topic that is clearly associated with positive values, with kindness, safety, favor and goodness," said at the opening of the exhibition director Olomouc Museum of Art Michal Soukup.

Curators Gabriela Elbelová and Barbora Kundračíková organized works in thematic units, depending on what role the angels stand in the illustrated story. Visitors will see angels in the role of mediator or messenger, Guide, and Protector or Adorant.

"Until the end of the nineteenth century angel had no traits and visual arts figured depending on the tasks fulfilled in human stories. We decided to specify these tasks so that we can link the ancient art with modern and contemporary and try to find parallels," explained Kundračíková.

Among the visitors were at the opening also Sandra Pogodová. According to her, it is difficult to prepare an exhibition that captures cross centuries. "This is where it really succeeded," she stressed. She added that she does not stop at all works, but he has a few favorites. "Among them is an angel from Jan Zrzavý, is one of the few who smiles," she explained.

Roman Gronský from Association of Friends Olomouc Museum os Art appreciated that in the exhibition hall came a series of loans. "There are gems like Medek, rusty or Knap, the exhibition is such a caress the soul," he said.

From the hospital to the museum

The exhibition Palace of Olomouc Museum of Art staged impromptu audience exdirector of museum Pavel Zatloukal, who is the author of publication about building. "I did not know Id be here to act, therefore I apologize, Im not ready to get everything laid out, as it should be, and Im not even internally normalized - we live in a time of new normalization,“ Zatloukal said. Impromptu then explained the history of place and building from the thirteenth century to the present.

The exhibition is enriched with video projection shows the development of the Museum of Modern Art in Denisova street, which was a hundred years ago it was rebuilt in its present form the palace. Newly renovated facade had also returned sand beige shade.

"Its not easy to make an exhibition of the same object, but this is the author Clara Jeništová succeeded," assessed the exposure of the Palace Museum of Art in Olomouc historian of art and architecture Rostislav Švácha.

While the exhibition Palace of Olomouc Museum of Art will end on February 12, the wings of angels will fizz at the Museum of Modern Art and the Archdiocesan Museum until 5 March. 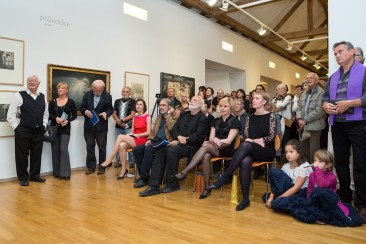 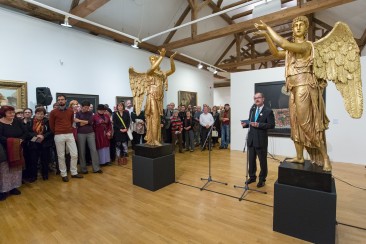 Opening of exhibitions Rustle of Angel Wings and Palace of Olomouc Museum of Art.Photo: Zdeněk Sodoma 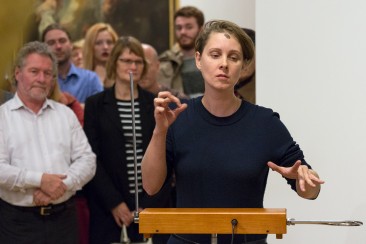 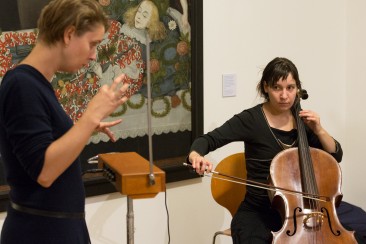 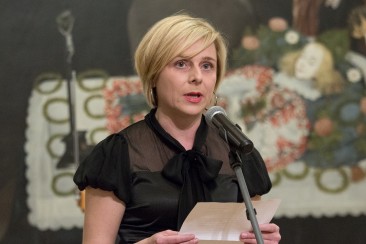 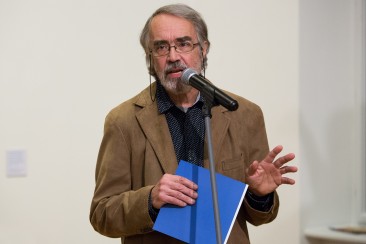 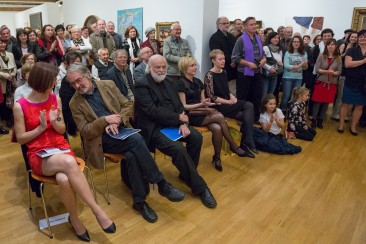 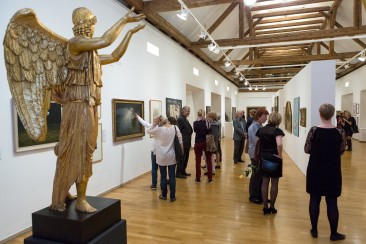 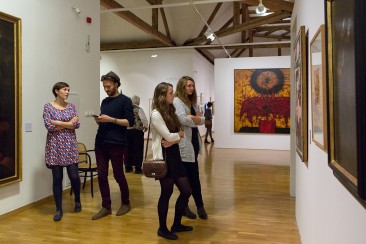 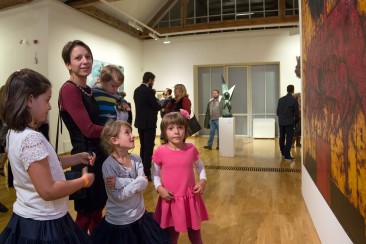 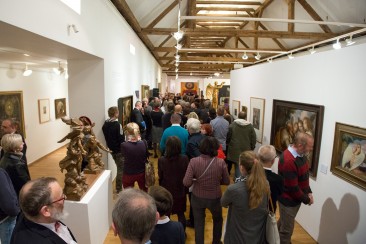 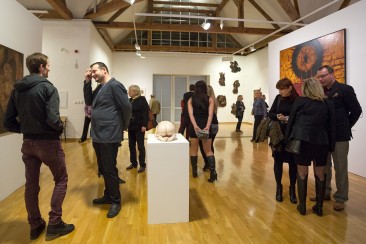 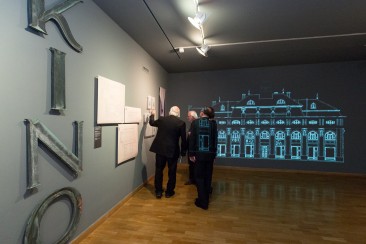 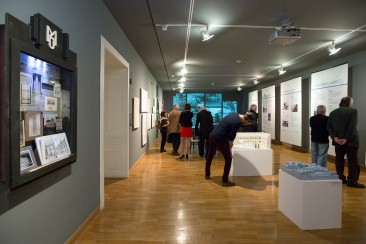 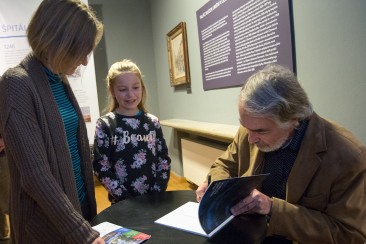