Director of the Museum of Art: We dedicate the Visegrad Prize to persecuted artists

The International Visegrad Prize is awarded by the Visegrad Fund

The prestigious International Visegrad Award was taken over by Michal Soukup and his colleague Gina Renotière at the meeting of V4 Culture Ministers on 1 June in Gdynia, Poland. This award was received by the museum especially for the gradual fulfillment of the idea of ​​the project of the Central European Forum Olomouc, which envisages the collection, exhibition and publishing activities focused on the art culture of the Central European region after World War II.

"Even before the announcement, we visited the Solidarity Museum and the Gdynia Emigration Museum. I have to admit that the tour really hit me. Although I did not intend to do so, at the ceremony, at the ceremony, I gave at least symbolically this prize to all artists who could not freely create and exhibit in the former Communist block and, of course, their works were not represented in public arts collections, "said Michal Soukup, Director of the Olomouc Art Museum .

The prize was awarded to the Olomouc Museum mainly thanks to the realization of the idea of ​​the Central European Forum. "The Polish Deputy Prime Minister and Minister of Culture Piotr Gliński presented our project, which we gradually acquired in our collections by hundreds of works of art from the most important artists. And I mentioned in the speech that we have unfortunately not been able to get European money for the much needed new building of the Central European Forum, even though we do not have depository, exhibition or library space, "added Soukup.

Olomouc Museum of Art prepares for the next year a big exhibition project Breaking the Time, which maps the Central European modernity between 1908 and 1928. The first works to be done in the area of ​​the former Austro-Hungarian Empire and bring the public closer to how much they influenced each other, even at a distance Individual artists, artistic groups and directions. "In Olomouc we have already signed a Memorandum of Cooperation with Memory Institutions in Bratislava, Pecsi and Krakow in April. However, here, at the V4 meeting of ministers of culture, we managed to get this project into an expert report and into a Czech-Polish agreement, which is very important to us, "added Soukup.

The Visegrad Award also includes a financial reward of 20,000 euros, which is over half a million crowns. "We have a great idea that we will pick out four prominent artists from the Central European space, from each one we buy one piece and enrich them collections of the Central European Forum Olomouc. We will consider all this and we will do it this year, "said Gina Renotière. 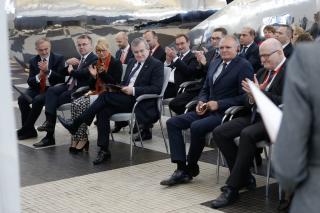 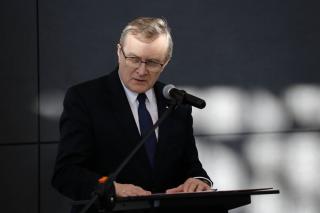 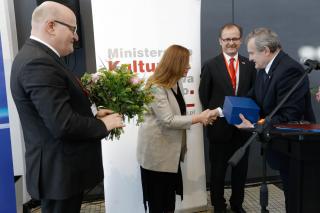 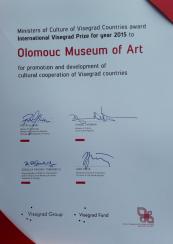 The diploma for Museum of Art 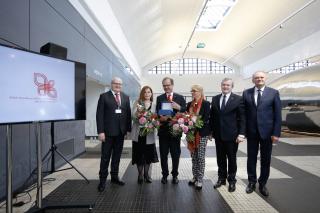 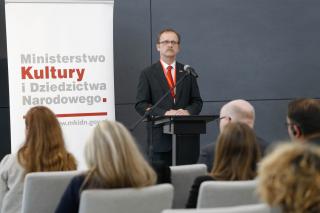 The director of the Olomouc Art Museum Michal Soukup