Olomouc Museum of Arts lecturer David Hrbek took yesterday as a guest into his talk show in the Theatre of Music photographer Jindřich Štreit. The program was surprisingly part of the Days of Jewish Culture.

"The motto of the festival, the quote is wonderful - Good wife who can find? Who finds such, can be happy and can live a happy life," said Štreit.
"And what do you know about that?" asked him Hrbek.
"I found one. When I was in tight, she always up for me," Štreit said of his wife Agnes. He described what it was when their house commandos surrounded the secret policy, he was in custody and that the hardships with him his wife today, when he has too many activities.

The Jewish topics were Hrbek returned at the end of the show. "My mother was a Jew, but that religion was not at her dominant. I am a baptized Catholic, but I think, that no matter what religion, but what we are humans and how we can help each other. Sacral themes I worked in a cycle Gate of Hope, no matter whether its Buddhism or Shinto, if you are in Japan, or Siberia, the most important is humanity and be there for others, "said Streit. The audience also shared a prayer he had taught her mother and which he repeats today. He started with the words "From head to toe image of God I am..." Turned hall ambience even intensifies.

Jindřich Štreit also talked a lot about photography, about his subjects, pupils, a new cycle Where is my home, a new book-object, a box with photos of homeless people.

"I had patterns, Viktor Kolář, Dagmar Hochová, Robert Frank, Henri Cartier-Bresson ... but a good photographer will soon rid patterns and goes his way. I teach it my students. "
"And when you did first photos became Štreit?" Asked Hrbek.
"The first one. I photographed the funeral procession on the horizon, I squatted down a little and suddenly it comes out the other side a flock of ducks - I clicked. Since then I have not done anything better," said Štreit.

The speech was about the choice of subjects about missed opportunities and lessons from such situations. First we must think and then take pictures, told Streit. And the question from the audience then advised how to become famous. "The most important thing is work. Not to think about how and if it will have an effect. Todays students want to be famous, as quickly as possible and with the least effort, "he lamented. Such advice, let go to Prague or New York, where it will be easier to them. "Being famous for Sovinec, it requires a much greater effort," he said.

The evening was traditionally blended musical accompaniment by the group Loco Poco. Everyone on stage enthusiastically applauded at the conclusion of a full house.

Cycle talk show DH in DH, David Hrbek in Theatre of Music, continues in October with an interview with Vaclav Havels personal photographer Tomki Němec, then in November with reportage photographer Jan Šibík. 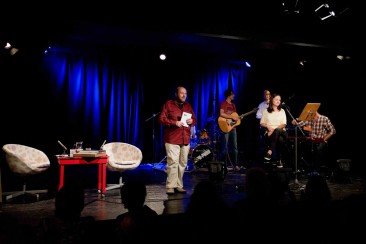 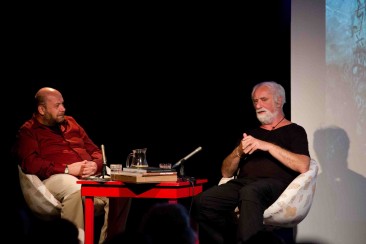 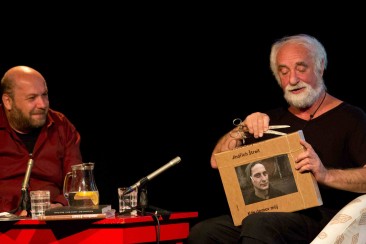 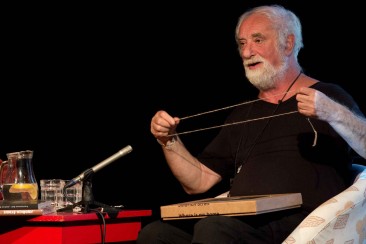 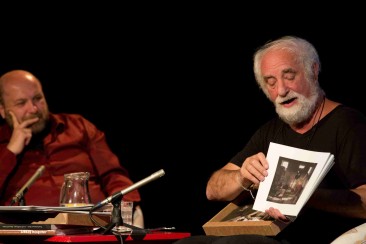 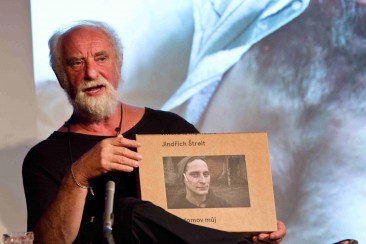 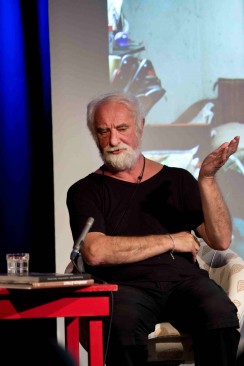 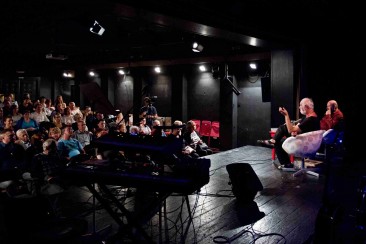 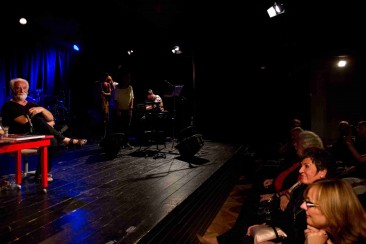 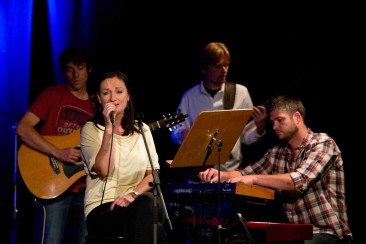 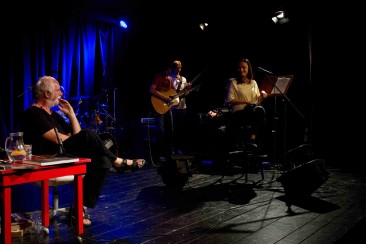