Small object is from the Archbishops collections. Details about the history of the locker experts determine. Already, they devise a plan for its use. Birdie could, for example, each year in the Olomouc Archdiocesan Museum to welcome the arrival of spring.

Origin of music box that was found in the Archbishops Palace, is for art historians still rather a mystery. "We try to explain it," said Alena Jemelková of heritage care department of the Olomouc Archdiocese.

Art historian Gabriela Elbelové said it is possible that the music box was established in Central Europe in the 19th century or late 19th and early 20th centuries, when a similar type of boxes appeared. "The mechanism of playing clockwork nightingale and the figure is repeated, the difference is the shape of the cabinets. But these are only speculations. We have to look for it, in which concrete collections of similar objects are located, make comparisons, and everything verified and clarified,"she said.

Box until recently did not work. "We have thoroughly inspected it and thought that he would not even play, in addition to her missing stretchy key. But then a colleague accidentally touched the trigger device and the bird to his amazement for a short while began to move and sang,"Jemelková recalled. "And shortly afterward miraculously managed to find even the key," she added with a smile. Then all that remained was a cute clog subject to a watchmaker, and he cleaned and repaired mechanism.

Functional music box a few days ago Jemelková brought to the Olomouc Archdiocesan Museum. With art historian Martina Potůčková discussed about future use of the box. "Its still just an idea, but wed like to do a film loop of playing box and showed it in the permanent exhibition of the Archdiocesan Museum, always in March as a symbol of the coming spring. In addition, we made about her short documentary and in cooperation with our colleague, musicologist Katherine Fajtlová prepared the accompanying program on composers who were inspired by birdsong. In Kroměříž music archive there are just a few examples," explained plans Potůčková. 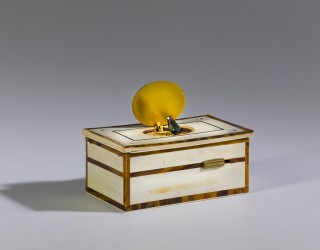 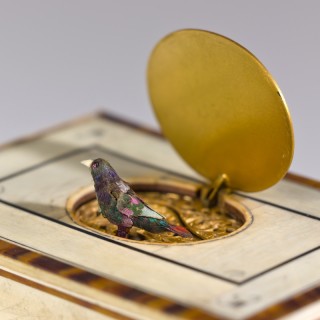 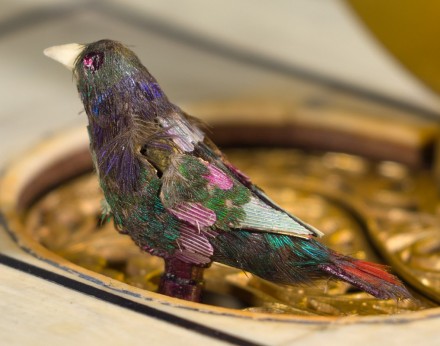 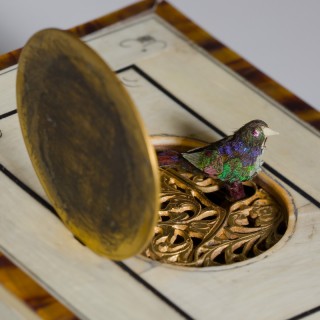 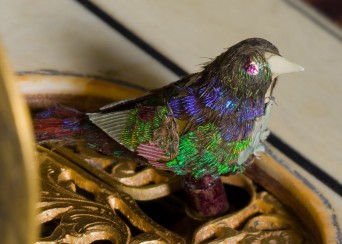 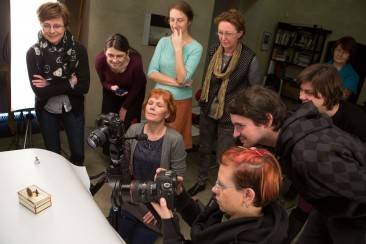 From the photo studio