Archaeologists found a coin from the 10th century

Four months already working archaeologists from the National Heritage Institute in the vacant space in Denis Street in Manchester. And although a large portion of time was devoted to preparatory work, the soil has already issued several treasures. The largestis penny of King Otto III. from the 10th century. Field work is planned by him until mid-December.

"The first finding of the research was the fact that about 1.5 meters below the modern times backfill is virtually intact terrain from the 14th century," said leader of research Richard Zatloukal. Site on the slope indeed ancestors tried as much as possible to compare the stone backfill the strength of a few meters. "So far we have found up to 3.5 m of field fillings from 14th century. But it is not a final depth and medieval layering continues to lower levels," said archaeologist.

In one part experts extracted out the layers from the 10th to 11th century. And right here waited for them the most attractive finding. "In addition to ceramics from this period, we found a penny of king Otto III. from time before the imperial coronation of 996, "said Zatloukal. Another unique finding is the pilgrim badge from the 14th century. "Its origins are not specified but so far," he added.

Vacant lot in the Denis Street was formed in 1969 after the demolition of five historic townhouses. The archaeological research on the area 950 m2 is a prerequisite for applying for a grant for the project completion Olomouc Museum of Art. Field work is scheduled until mid-December 2015 but further progress will depend on the climatic conditions. Research will continue next year. 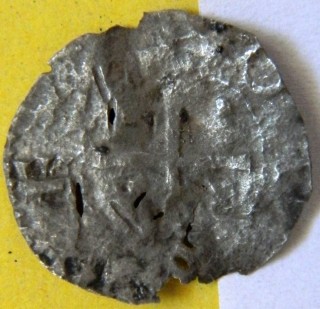 Archaeological research in the vacant lot in the neighborhood the Museum of Art in Olomouc. 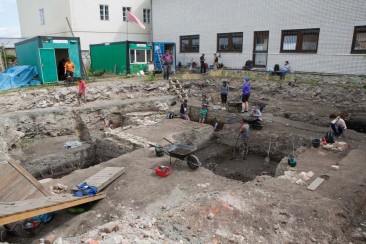 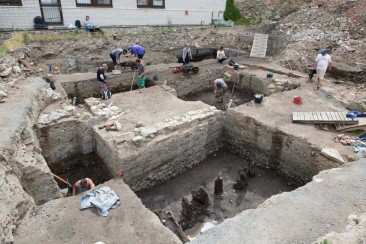 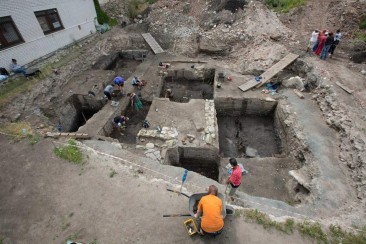 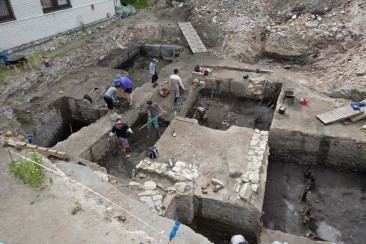 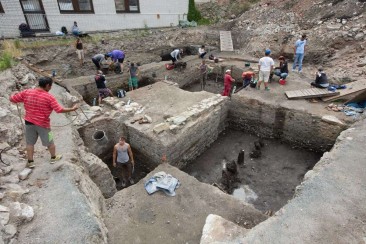 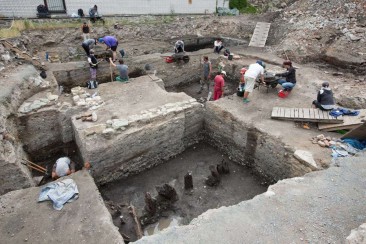 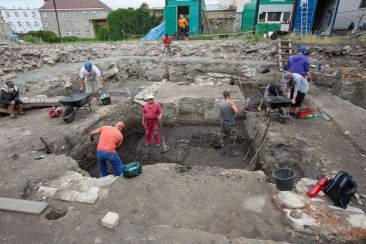 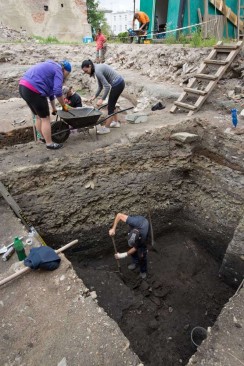 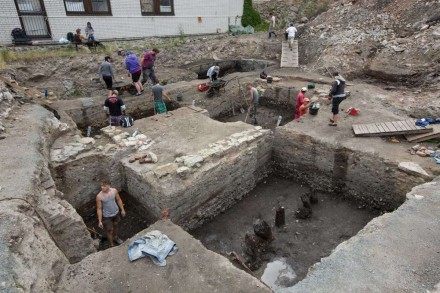