AI: When a Robot Writes a Play (performance with discussion)

In 2019, the innovator Tomáš Studeník came up with an idea to celebrate one hundred years since the first performance of Karel Čapeks play RUR (which brought the word "robot" into the world) in an unconventional way – by a theatre play written not by a human, but by artificial intelligence. Based on this idea, a team was formed consisting of computer scientists from Charles University Faculty of Mathematics and Physics (led by computational linguist Rudolf Rosa) and theatre-makers from the Švanda Theater and students of The Academy of Performing Arts in Prague (led by the head of the Švanda Theater, director and pedagogue Daniel Hrbek). By mutual cooperation and debate, they decided to answer the question of whether artificial intelligence is able to write a play and how it will behave when processing such a task. 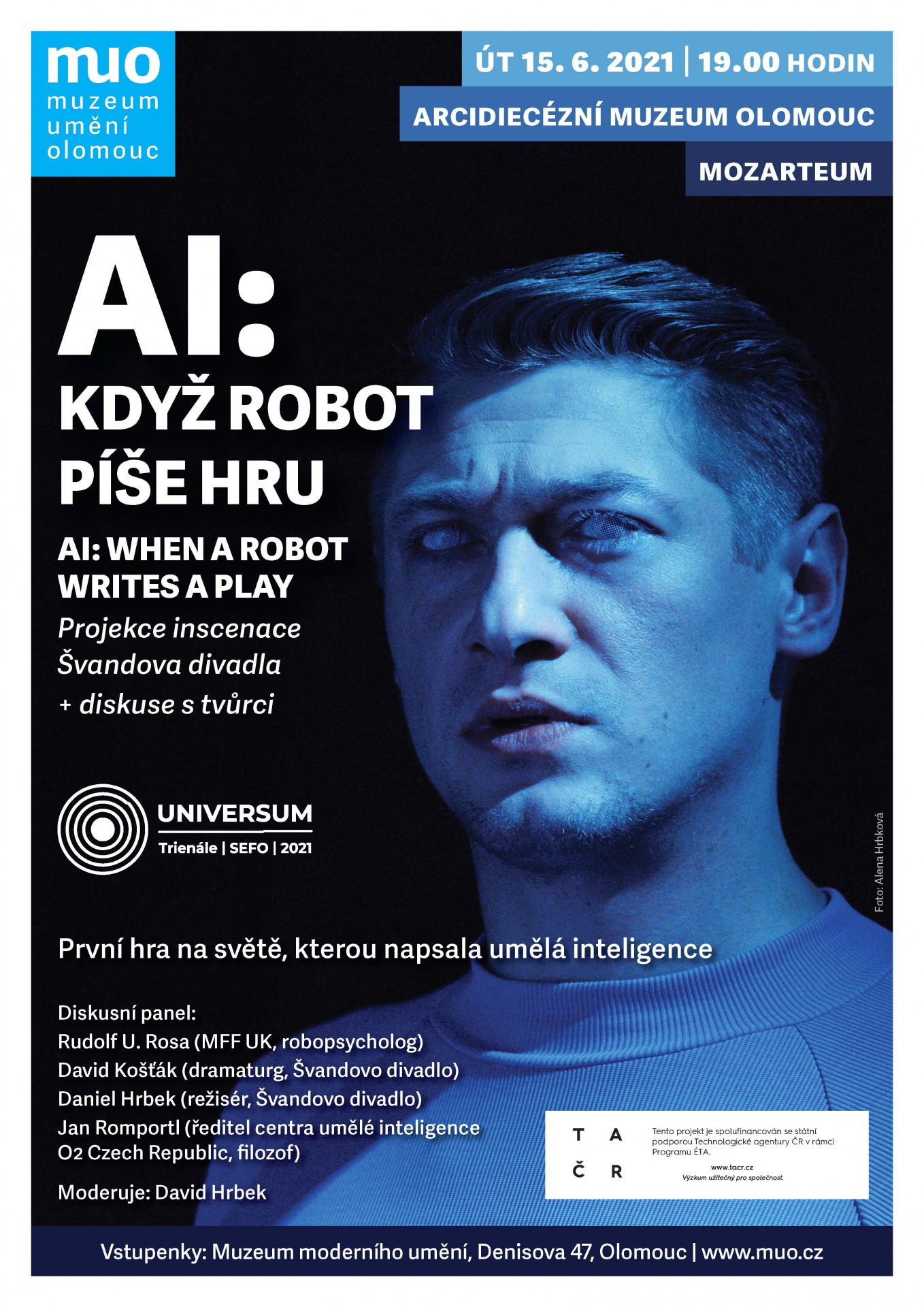