Data can be hard and soft, it can be used, misused, hidden or visualized. Or transformed into art. This year, the visualization of data on the border between science and art, is one of the topics of the Academia Film Olomouc science festival. In its part called Imagine the Facts, organizers cooperate with the Olomouc Museum of Art and its largest exhibition of this year, the UNIVERSUM Triennial of Contemporary Central European Art.

The AFO program is naturally divided into two lines. The first part is a focused on film, where the best popularization documentaries from the last two years compete. The second part are the dramaturgic blocks of non-competitive sections, where AFO tries to present and explain urgent social phenomena through films, lectures, but also video games, literature or exhibitions. "This year we are focusing on the topic of data visualization and their use in science and art, which is all covered by the section Imagine the Facts," explains AFO Director Jakub Ráliš.

Visualization of raw data in graphs, maps and art projects is not limited to transcription only. "It is a process of searching for information, its combination, interpretation and visual processing. Even for the author, it is a thrilling creative story full of uncertainty, because he has no idea in advance what information he will be able to obtain and what their final form will be," says Barbora Kundračíková, the curator of the Triennial. "We examine visualization as a useful tool, but we also perceive its negatives, secondary phenomena that we refer to as visual noise or smog."

Four documentaries are ready for those interested in this part of the festival. For example, Eva Szaszs Space Zoom from 1968 or Unknown Fields: Madagascar - A Treasured Island. The section will also present three video performances framed by an interview with Australian digital artist Andy Thomas, author of Visual Sounds of Amazon. And part of it is also training in creating graphs and visualizations from raw data with data journalist Kristina Zákopčanová.

Although this year AFO takes place online only, just like last year, thanks to the cooperation with the Olomouc Museum of Art, the section Imagine the Facts will step partly into the real world and partly expand the reality itself. The place for meeting, discussions, connection of reality and virtuality will be a 30-meter fence of the Olomouc Museum of Art - the future SEFO - near the city centre.

On the fence, there is an interactive installation on the border of science and art, created by AFO graphic artist Matěj Vázi. Only half of the visual experience is legible to the naked eye. The entire content can be explored by an inquisitive viewer only thanks to augmented reality. He has to download the Artivive application to his phone (for free) and then point the camera lens at the bubbles on the wall. This way, he will see a curatorial selection of scientific projects and works of art on visualization. It includes, for example, Otto Neurat his isotypes, Agnes Deneés her land art projects or Stano Filka’s  futurisms. An original installation by Attila Csörgő created directly for the fence is a part of this project, too and in May it will be transformed from the virtual environment into the real one.

The fence thus ceases to fulfil its original function of an advertising banner and becomes an entry into a new world – world of data, information and experience, scientific and artistic projects and exhibitions. Augmented reality serves, among other things, for the visualization of the Olomouc Central European Forum SEFO, which can now be entered in this way, at least imaginarily. It is a bit like Alice by Lewis Carol, who went through the mirror and discovered a whole new world. It is a new opportunity to think about how to see, organize and use public space on the border of reality and virtuality. The fence will this way become the AFO-SEFO outdoor gallery open 24 hours a day, 7 days a week.

And that is just the beginning. "The AFO will be followed by a program that falls directly within the framework of the Triennial of Contemporary Central European Art beginning on June 24, 2021," says Barbora Kundračíková. Then the fence will be opened to visitors who will finally be able to enter the SEFO area directly. "It is the breaking of the iconic fence that is the crucial moment of the Triennial - the SEFO summer stage will be created in the gap, dedicated to the formation of public space, in which many other cultural entities operating in Olomouc will participate. It will be followed by an intervention by Dan Gregor called Silent Scream. Thanks to all the activities, perhaps this place might turn into a real forum," says Barbora Kundračíková.

THE JOY OF DATA

Mathematician Hannah Fry is able to explain complicated equations and abstract theories only with the help of Scrabble or a phone booth. The effective use of data has led to the boom of the information technologies and their potential is still great. In the future, we might even live in smart cities that will constantly change according to the needs of its inhabitants. However, how much of our private data are we willing to share.

Animator Eva Szasz, inspired by Cosmic View by the Dutch Kees Boeke, uses animation to portray things that are inaccessible to us by common means. She explores places that put a human individual into an impressive, albeit disturbing perspective. The film, partially balancing between scientific and philosophical work, encourages us to reassess the dimensions of everything, from our everyday challenges to ourselves. Even though the film was made more than fifty years ago, and both science and animation have come a long way since then, the effect of this small piece remains strong.

Kristina Zákopčanová deals with data visualization within the project Facts about Climate, in data journalism on iRozhlas and in research. She focuses on improving the communication of information and scientific knowledge through visual representation, helping in this way to understand complex problems more easily.

The Facts about Climate project seeks to improve the societal debate on climate change. It transforms professional data into understandable infographics, texts and datasets, which help to better orientation in the topic. Although the project works on a volunteer basis, the team includes professionals and experts from various fields, from computer science to natural scientists. It is an independent project that communicates with journalists, politicians, energy companies and activist movements.

Attila Csörgő (Hungary)
author’s project on the fence, including interventions into virtuality
24 May 2021

Science and art, or rather surface and space, are just two of the many so-called polarities that come together in the work of the Hungarian author Attila Csörgő. What is commonly understood as contradictory, too complicated or abstract, such as physical phenomena or chemical processes, movement as such, materializes in his installations and projects and becomes real. At the same time, it turns out that the world needs to be grasped not only by words but also by images - because theoretical knowledge is just another example of forced restraint. And it does not mean that we lose the richness of the imagination, on the contrary, we develop it all the more.

A selection of the most interesting films dedicated to the relationship between science and art, data visualization and artistic research will present the winter cinema in the SEFO gap. The cooperation of the Triennial and the AFO began, of course, in the field of film, and it returns to the moving image from online exile in the format of a physical canvas in the open air. You can look forward to curated blocks of short films and video performances, such as Structures of Nature by German director Martin Gerigk or Recording Art by Bruno Moreschi. Representatives of the feature-length experimental documentary include for example Her Name Was Europa. This film shows the idea of reality, which the authors project into a mystical animal, the even-toed ungulate Auroch. 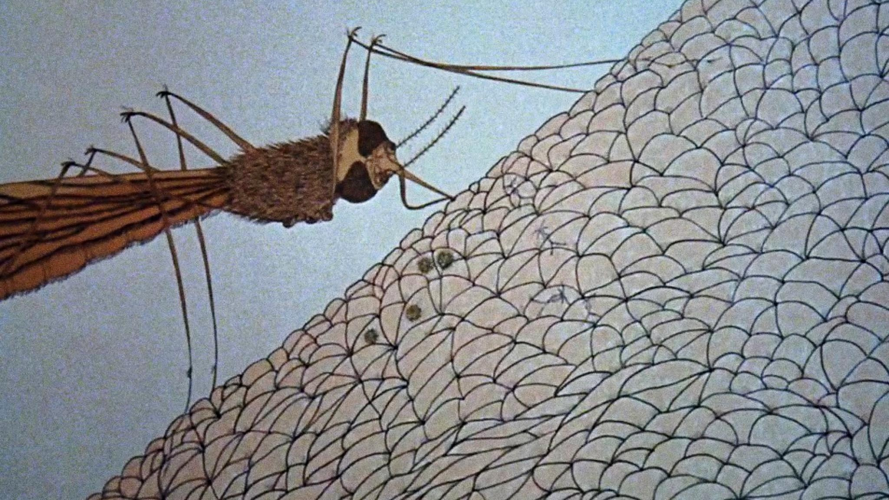 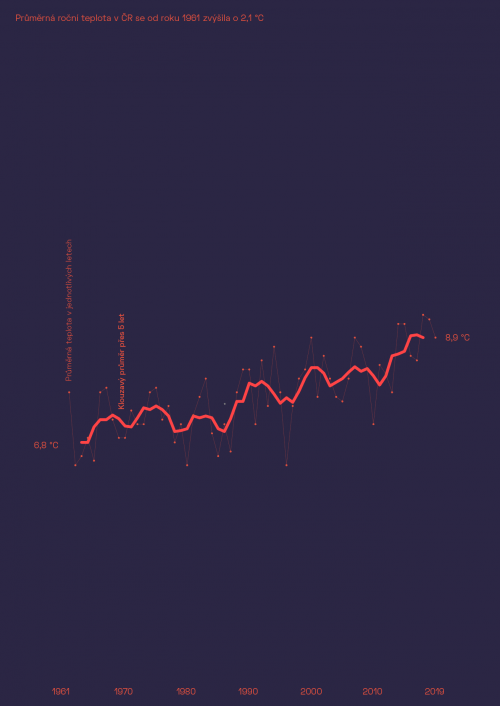 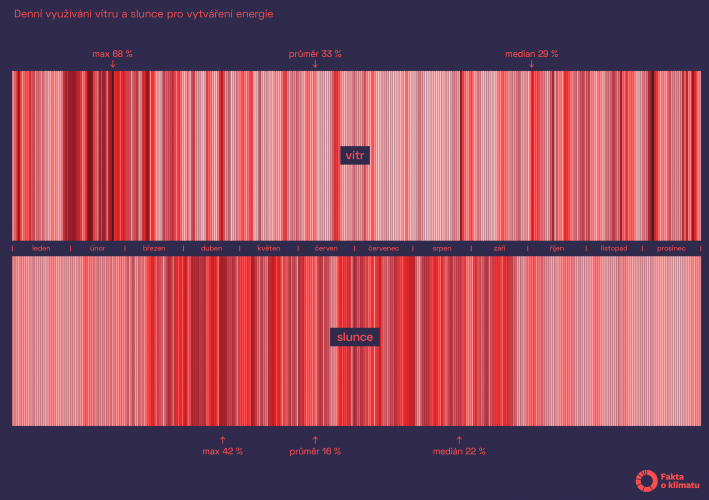 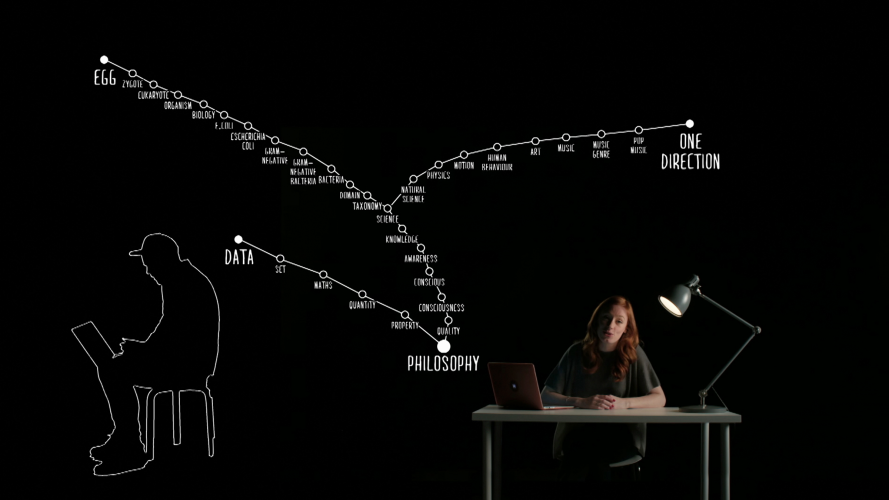