”See, I am sending an angel ahead of you to guard you along the way and to bring you to the place I have prepared. Pay attention to him and listen to what he says. Do not rebel against him; he will not forgive your rebellion, since my Name is in him. If you listen carefully to what he says and do all that I say, I will be an enemy to your enemies and will oppose those who oppose you. My angel will go ahead of you (...)“
(Exodus 23.20-23)

Some ideas are shared by many cultures, regardless of ethnic origin or denomination, and which are important despite the fact that they seem to belong in a different context, cultural and historical framework or period. Their nature is permanent and their intensity unchanging, which is in direct contrast to the vicissitudes of the real world. “Angel” is one of them – it is a theme which is clearly associated with positive values; comfort of faith, kindness, safety, affection and goodness. The angels’ nature is pleasant for spiritual, as well as aesthetic reasons: Angels face God and reflect his excellence with physical as well as unparalleled intellectual charm. However, angels are also somewhat disturbing, beyond human comprehension and beyond the (imperfect) nature.

Though it may seem incredible, angels have always been with us, despite the fact that we can’t see them, do not know their real names or whether they have their own will or reason. We only know their purpose: to act as intermediaries between God (gods) and people. That was why we eventually decided to primarily focus on the inner complexity of the angel phenomenon. As a result, we could explore possible analogies between meanings and aesthetic qualities, think about their purpose, and compare works of art which were created before and after 1900 whose different natures result from, among other things, different relationships to faith and religion. Therefore the exhibition is divided into five sections, four of which are based on the biblical and iconographic tradition of the angel as Messenger (mediator), adorer, guardian and guide. These four types show the relationship between angels and people and are in fact the only graspable things based on which they can be defined. Thus we aimed to name the spirit in the fifth part of the exhibition. If angels do not perform any task, who are they then? What are their characteristics?

How are they struggling with their nature? If schemes and systems become more relaxed and generally accepted meanings are formed or replaced by a foreign reflection, the original perfectly saturated terms lose their original meanings and acquire new ones. Then, the firmly anchored figure of the “angel” may act as a kind of mirror which reflects the characteristics of the period as well as our understanding to ourselves. 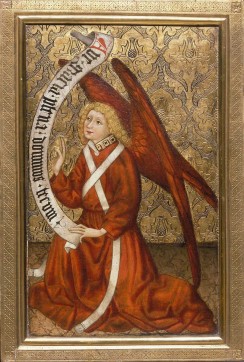 Moravian painter of the 15th century

Angel of the Annunciation, around 1450, the Moravian Gallery in Brno 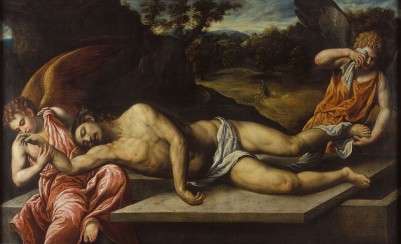 Dead Christ Mourned by Angels, around 1550, the Moravian Gallery in Brno

Dutch painter of the 16th century

Adoration of the Shepherds, oil on canvas, Gallery of Fine Art in Ostrava 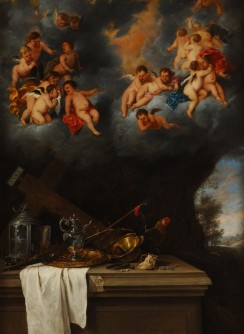 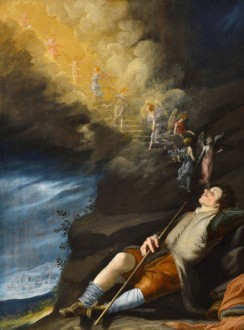 Jacobs dream, the first half of the 17th century, oil on canvas, collection ARPEMA 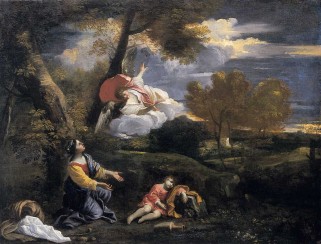 Hagar and Ishmael in the desert, before 1665, oil on canvas, Museum of Art in Olomouc

Veneto-Dutch painter of the last quarter of the 16th century 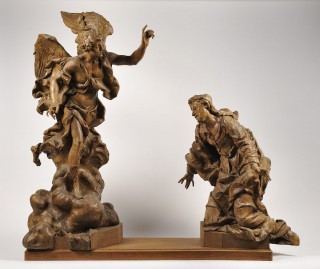 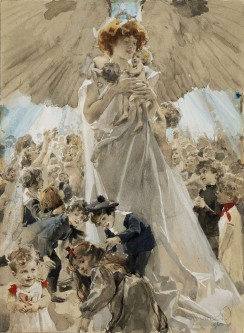 Guardian Angel, the last quarter of the 19th century 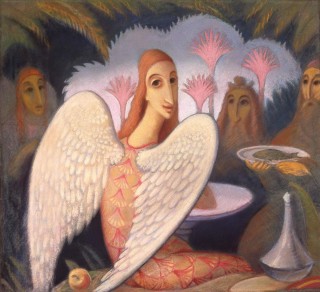 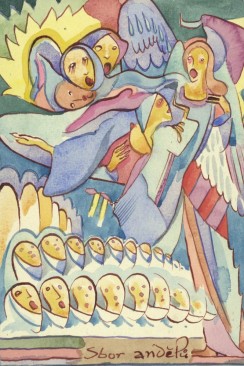 Choirs of angels, illustrations for the book Faust 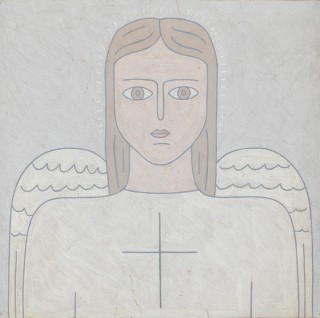 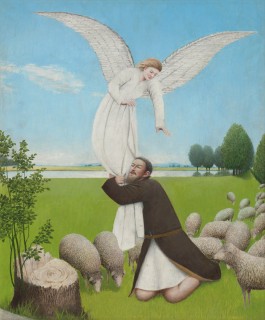 Jacob Wrestling with the Angel, 1972, the Slovak National Gallery 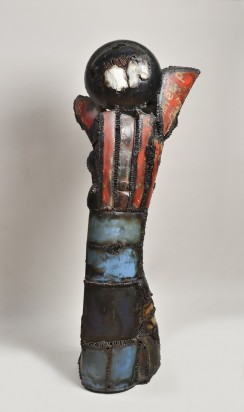 Angel for Vítek, 1972, Gallery of the Central Bohemian Region in Kutna Hora 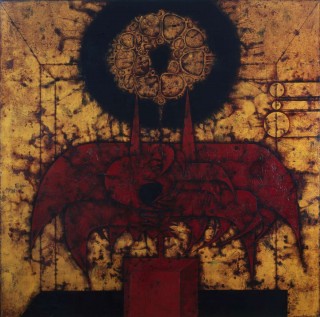 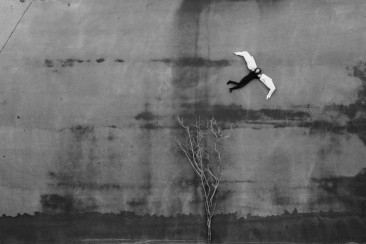 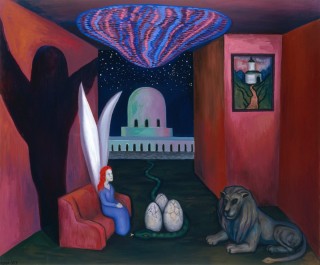 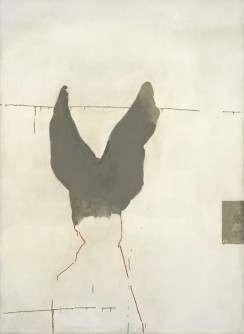 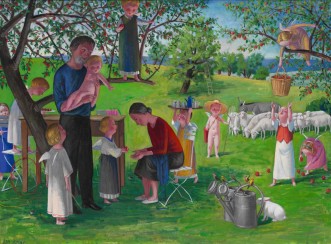