The Monstrance of the Gold Sun of Moravia | Restored in 2005

The monstrance known as the Gold Sun of Moravia ranks among the most precious items in the treasure house of St. Wenceslas Cathedral in Olomouc. This work of art was created over the years 1748–1750 by the Brno goldsmith Andreas Vogelhundt on order from the Olomouc chapter. It is often linked with the name of Cardinal Schrattenbach who bequeathed signficant financing in his will for its creation. The exhibition maps the approach of the restoration work which was one of the most important procedures carried out by the Olomouc Archdiocese in the year 2005. 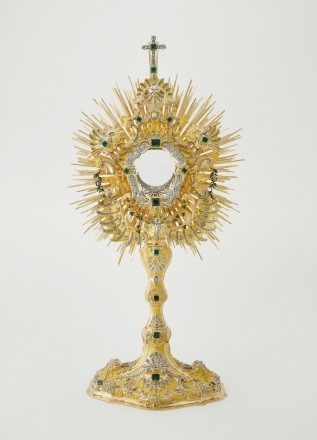