With the formation of strong personalities Czech art scene - painter Ivana Fracture - it can obtain information at Café 87 Museum of Modern Art in Olomouc.

Ivana Lomová (b. 1959) present in the museum café six paintings from the last two years. On almost all represented canvas painters daughter. Hence the title of the exhibition as well, because at the time the image was the daughter of Ivan Fracture twelve years. As in the case of other paintings based Fracture of photographic originals. It was created as precise as hyper-realistic canvases, which are not merely painted copies, but viewers viewers transmit hidden, secret or in photographs invisible contents. Fracture photos nepřemalovává but interprets. 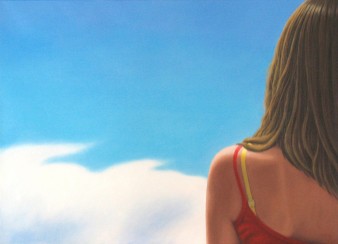