Czech sculptor Zbynek Sekal is one of the major artistic figures of Central European modernist generation of the sixties, which became known abroad. Despite the tight binding of European cultural traditions, philosophy and literature is completely identified with any movement, tendency or group and remained strong loner And despite considerable fascination with surrealism, which Sekal as well as his friends and colleagues at UMPRUM - Mikoláš Medek and Stanislav Podhrázský, Zdeněk Palcr - strongly attracted. Later in his work was surrealistic method used in connecting a found form and its interpretation of modeling in specific material assemblages (ie. Stacked paintings). Creation represented for him a distinctive way of surveys everyday situations and events. With precision and deliberation chose the material for future works, holded the slow pace of evoking to the proven practices of distant cultures known mainly thanks to the art of meditation. Zbyněk Sekal interested in intellectual work with the material, he led a dialogue with the shape and sought his perfect form. Aware of the physical existence ventured into modeling of physical forms, especially the heads with the dominant role of face and expression immersed myself into. As if he captured even his own view, often inaccessible and turned inward, reflecting the experienced existential anxiety Duering imprisonment in concentration camps Terezin and Mauthausen for his work in the illegal communist youth group. In drawings gave direct testimony of the suffering of other prison mates and existence in extreme living conditions. Proof of this is subsequently created the sculpture Dead Head (1957), created during his stay in Bratislava (1953-1958), where he worked as a translator from German and art director. It also represents a period when he again returned to the systematic artistic creation. The same year also comes another scuplpture Screaming head, both sculptures indicating a strong existential emotion of the author, stemming from his personal experience in Nazi prison that has resonated throughout his work. 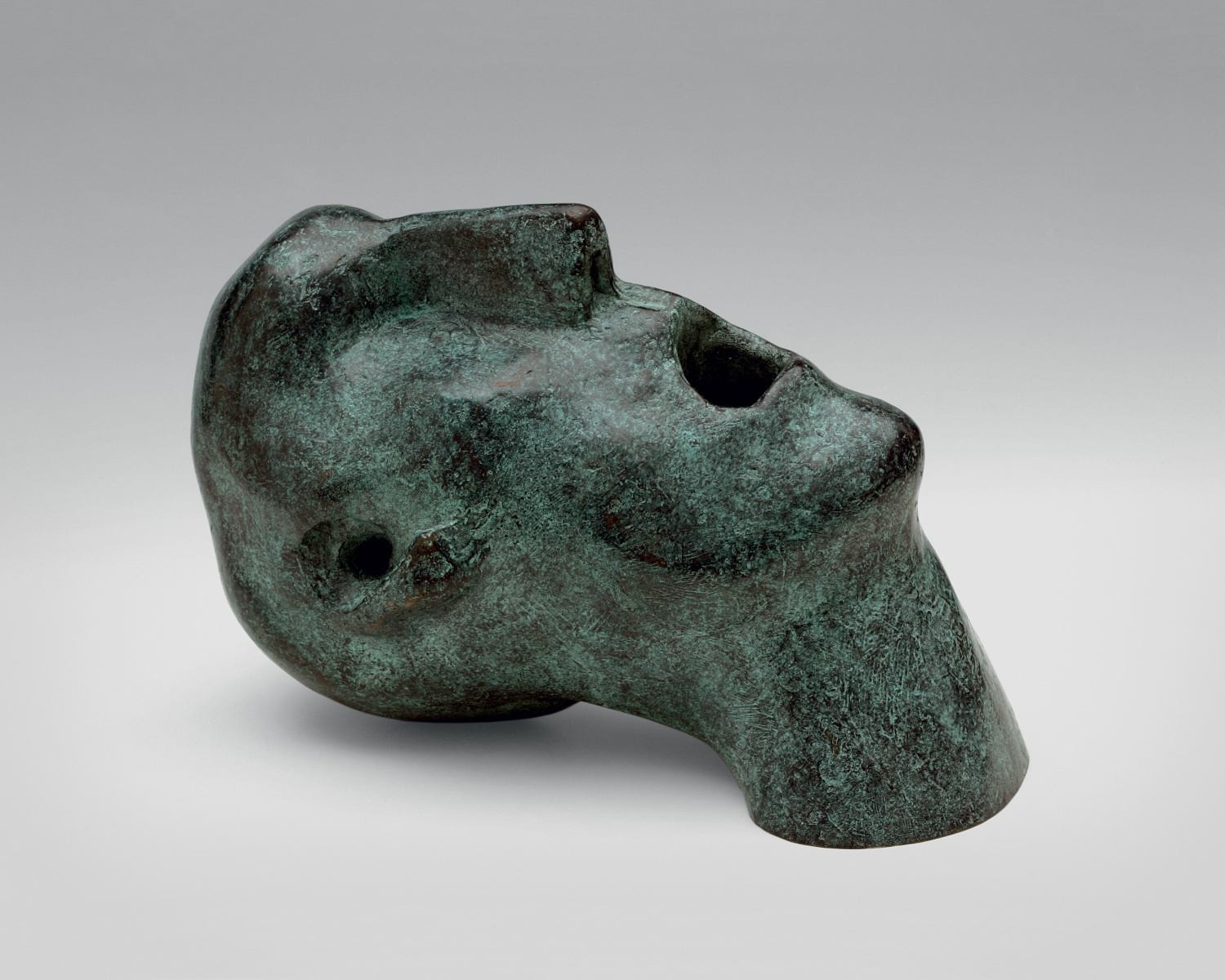