The 1903 Jugendstil sculpture of Abandoned Ariadne, is one of the fundamental works of Czech sculpture because it foresees a shift in the development of the genre. Between 1896 and 1898 Josef Mařatka studied at the Academy in Prague under Myslbek and gained a sound basis in the naturalistic concept of the human figure, while further developing his work on the relationship between form and content. Mařatka trained in Paris under Auguste Rodin and became his assistant around 1900. His time with Rodin fundamentally influenced his further work. Guided by Rodin, he initially produced sculptural studies of arms and feet. With his series of female nudes created between 1902 and 1903 he brought a new quality to Czech sculpture, free from the traditional attitudes to composition. The motif adopted from the ancient legend in which the daughter of Minos, King of Crete, is separated by cruel fate from her beloved Theseus and grieves to death, was expressed in the sculpture of the nude; full of tension, emotional torment and pain. The motif is treated without any simplified descriptiveness, the statue represents a completely free concept of the nude. The artist was aided here by the drawings of the body in motion, in irregular rhythmic curves. The dynamic curve of the statue of Ariadne, achieved by the closed arch of the sharply bent body leaning against the rock, is an outcry of despair and emptiness. The formal idea of empty space within the closed outline of the female body, the “inner” sculptural space, is regarded as a new, radical and modern expression of Jugendstil symbolism. 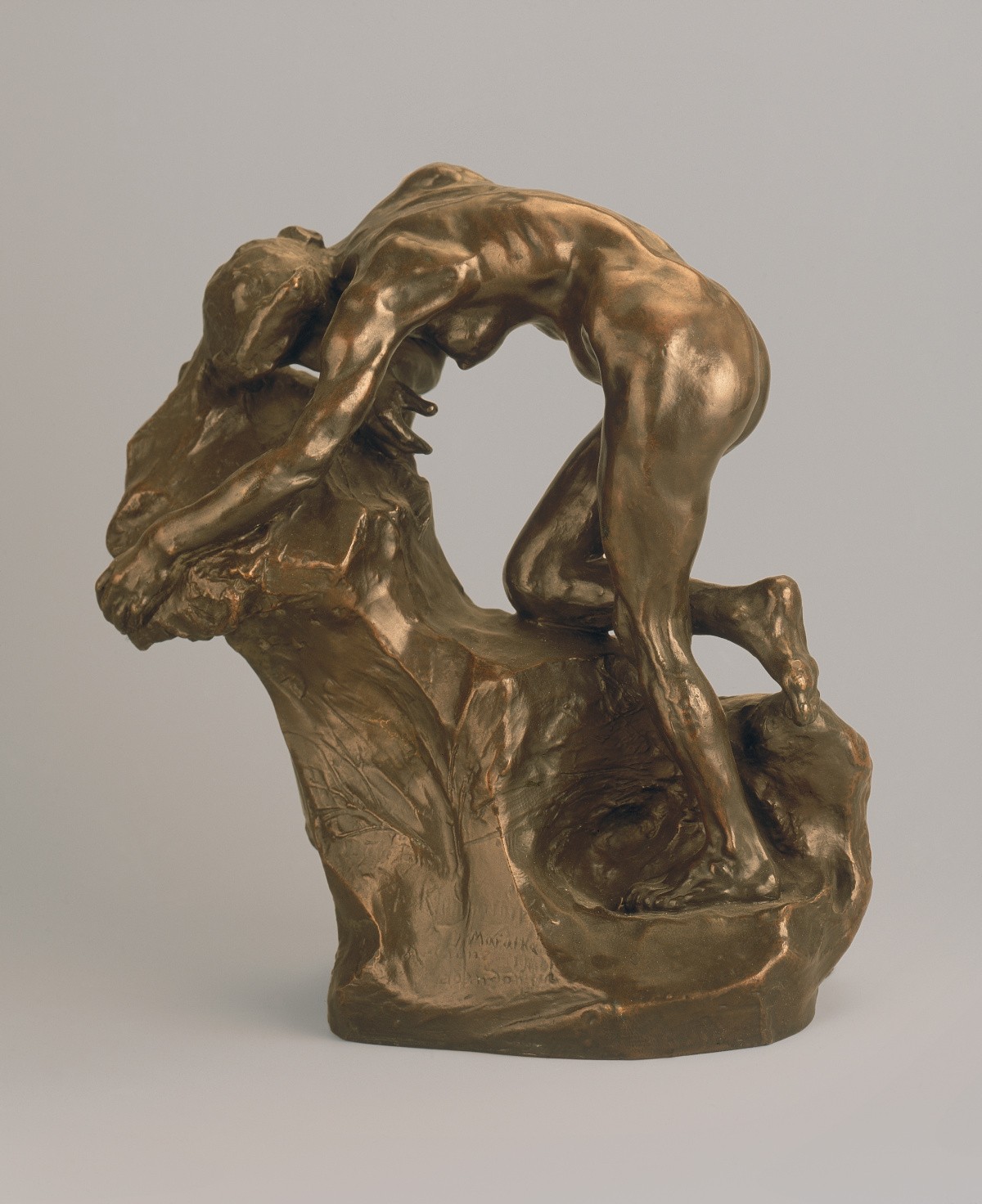