František Drtikol is one of the most prominent Czech and world photographers from the first third of the 20th century. As one of the first Czech photographers he introduced elements of sexuality and spirituality into his work. The photograph titled A Doll captures a stylized and dynamically shaped female figure on an artificially created background. It comes from the 1930s; a time when Drtikol gradually reduced his photographic work, using paper models and props instead of live models. The paper model with its pliability and flexibility was better suited to his ideas of composition and light presentation. In many aspects this photograph resembles his older and more famous photograph titled A Wave from 1925, which is owned by the Museum of Decorative Arts in Prague. 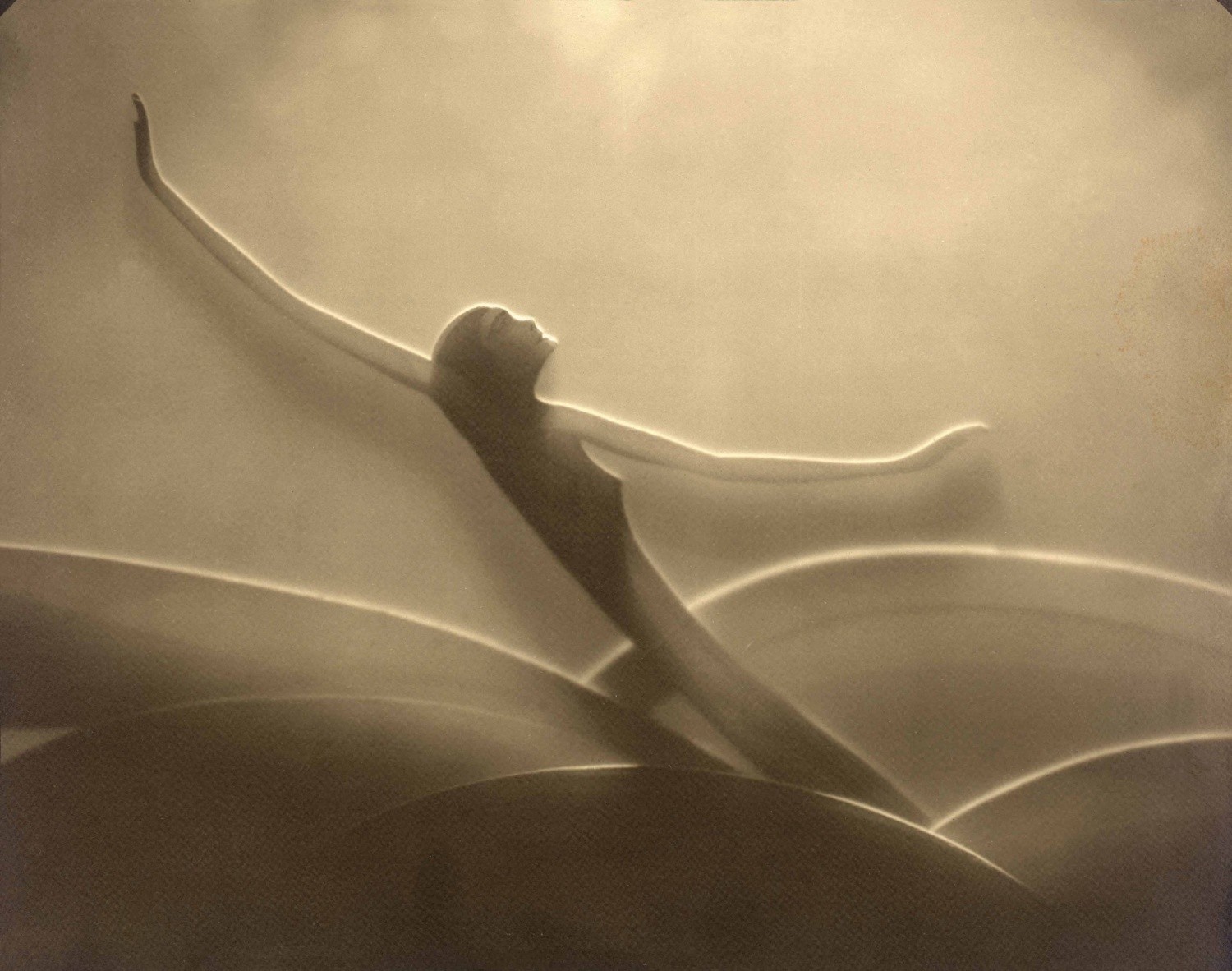