Newt is an original invitation to the secrets of fanciful landscapes of Roman Trabura. A multicoloured scenery of the vegetable and animal kingdom leaves no doubt that we witness the artists own concept on the verge of fiction.  A seemingly non-conflicting encounter of different species may result in a tricky story and great consequences. There is a good reason for the concern. The same applies to other works of the adventurer from the generation of artists of the 1990s who captures his own experiences in the form of original visions. 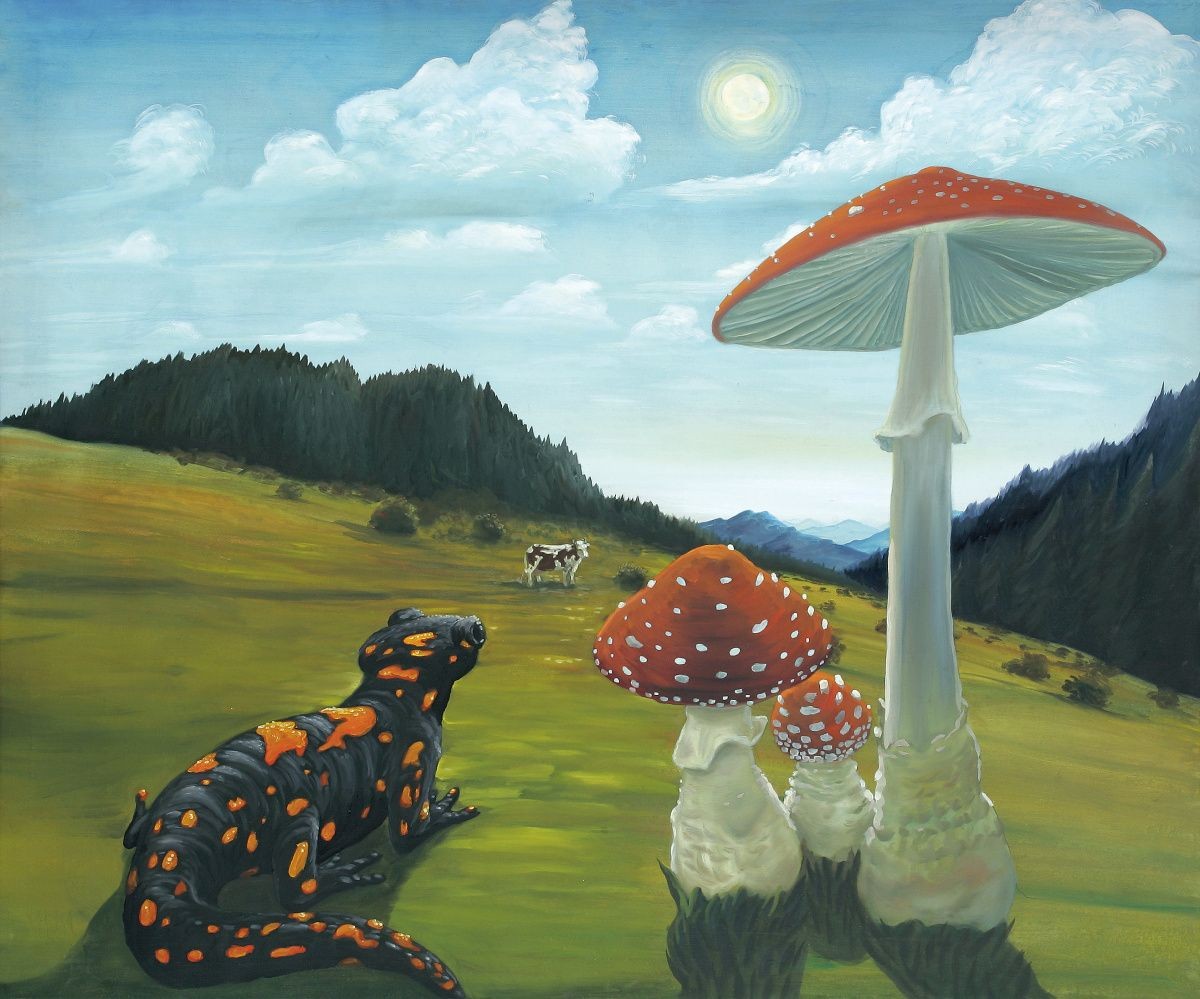