Toyen is a pseudonym for Marie Čermínová, one of the most acknowledged artists of Czech avant-garde. The principal moment in her work was her departure for Paris, where she settled at the end of 1925, together with Jindřich Štyrský. The world of the dream, the subconscious and fantasy were her main sources of inspiration and she linked them with surrealism. The Flora of the Sleep is one of her most notable paintings, completed after her return to Prague  in1929, and before the foundation of the Group of Surrealists in Czechoslovakia (1934), which she established with Jindřich Štyrský, Karel Teige and Vítězslav Nezval. Biomorphous structures, drapery torsos, an object ambivalently reminiscent of the core of a walnut or the folds of the grey matter of the brain, and the bewitching colour scheme, are typical attributes of the Surrealist imagination. Toyen painted this picture in 1931 and the next year it was displayed in the major exhibition, Poetry 1932, held by S. V. U. Mánes in Prague, where it was seen in the context of the major works of the world‘s avant-garde (Hans Arp, Max Ernst, Salvador Dalí, Joan Miró, Paul Klee, Yves Tanguy and others).
Jiří Olič 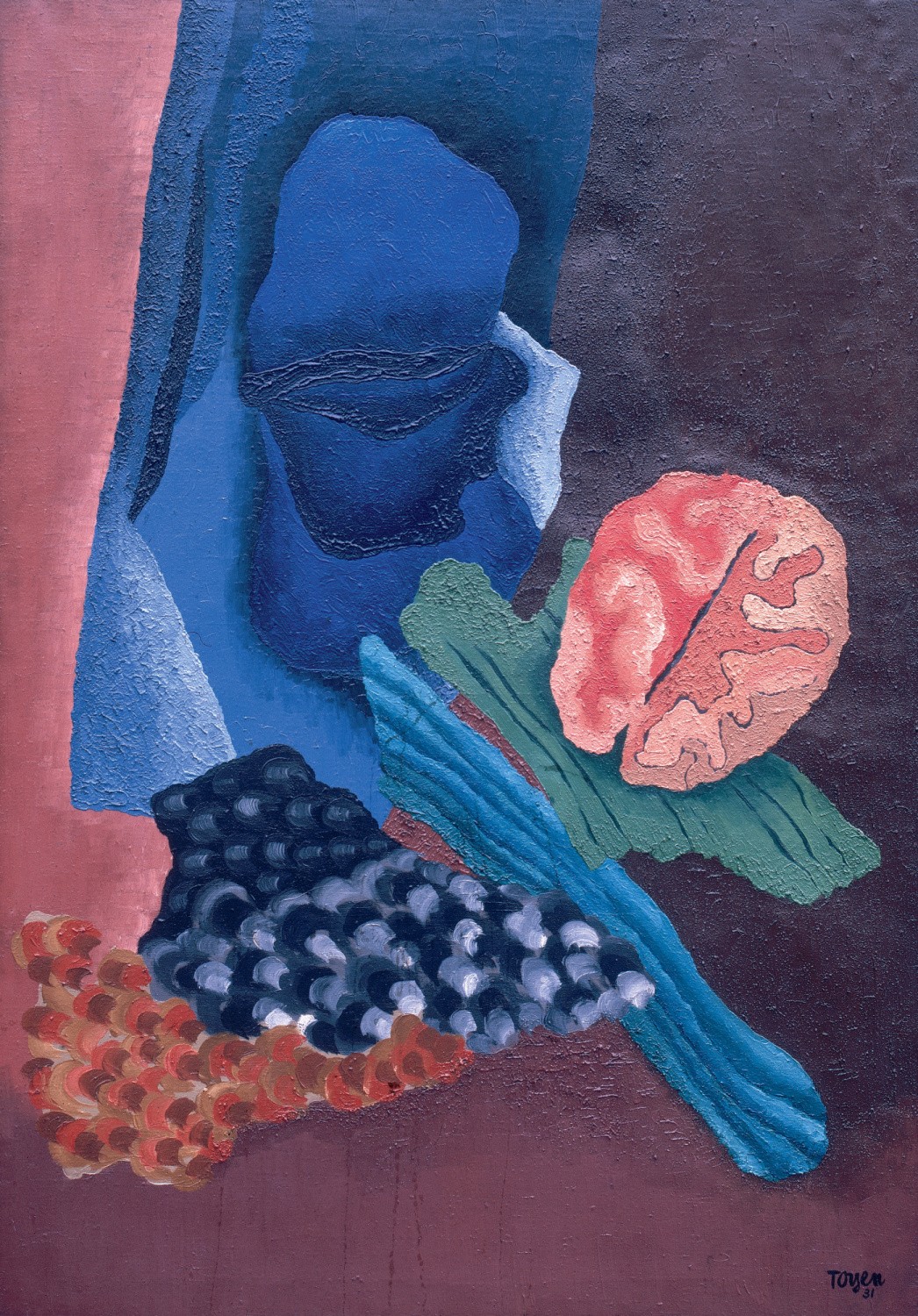