Lines (the author titled his paintings from 1974 in this simple way) held an important place in Sýkoras work, through their distinct and dynamic colours. The artist painted his first paintings with the theme of lines in 1973. That also closed his previous, equally exciting period - a decade of structures. As early as in 1964 Zdeněk Sýkora, probably as one of the first painters in the history of fine arts, used the computer as an instrumental tool in the composition solution of painting. In co-operation with mathematician Jaroslav Blažek he created a programme for determining the positions of individual elements. Structures were subject to strict rules determined in advance, the computer followed the rules and completed the task. On the other hand, "earthworms" - as the author sometimes called his line pictures - are based on the random nature of the system created by the author and developed in co-operation with his wife Lenka from 1985. The computer only provided a series of random numbers for all the parameters of the paintings, such as widths, colours and lengths of the lines. Thus each painting first existed as a score of numbers, translated by the author in a classic way to the canvas as if he played music according to a score. And why did the author also give the painting Lines no. 56 another title? He himself was surprised at the "crazy" circus of a painting he had created. The painting exceeded his expectations in all aspects, he even had to get used to the strange combinations of colours so Humberto was "in disfavour" for a year. Finally it became a distinct representation of Sýkoras work.
Ladislav Daněk, Lenka Sýkorová 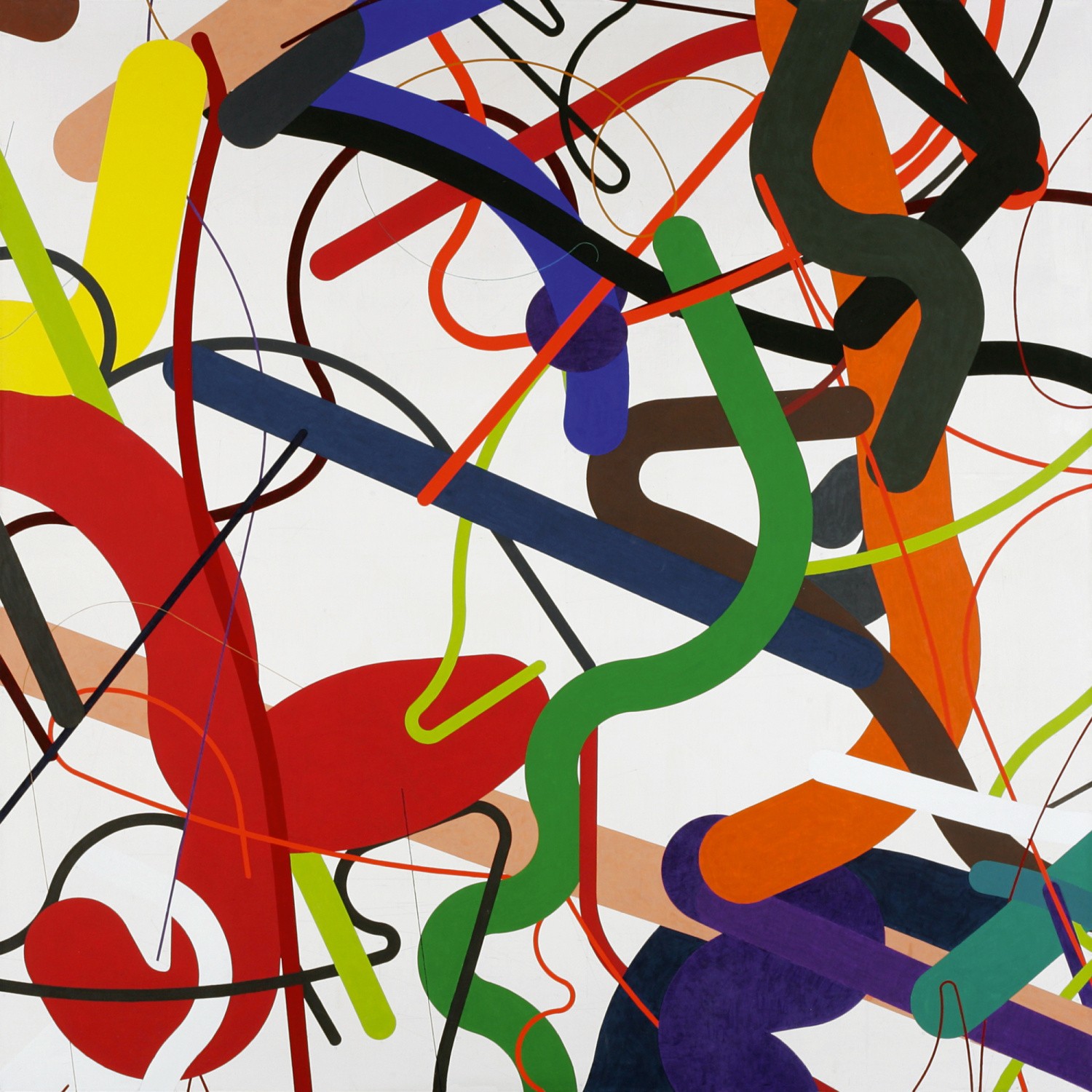