For many years, Stanislav Lolek was one of the essential artists for Olomouc art collectors. Among his first fans and supporters was Romuald Promberger (1856–1932), publisher and art dealer from Olomouc, from whose collection comes the core of the works in the Olomouc Museum of Art, which represent Loleks artistic legacy. Loleks relation to the landscape and nature was qualified by his native environment - he came from Palonín in the Haná region, and later, at the peak of his career, he settled in Uherské Hradiště where he died. It was his keen interest in nature and natural life that first brought him to the services of the Blatná and Lnáře manorial forestry administration, and later to the landscape studio of Julius Mařák (1832–1899). It was there, and also partly during his two-year stay at the Munich Academy, that he started to work with light in nature, mainly in forest interiors. He became a representative of Czech Impressionism to which he remained faithful until the end of his artistic activities. The painting titled An Alley in Luhačovice is the culmination of his work on the theme, the beginning of which we can see in Loleks paintings titled Autumn (1906) and Luhačovice Scenery from 1910 (both in the collection of the Olomouc Museum of Art) and In a Restaurant Garden (1909) from the collection of the Regional Gallery of Fine Arts in Zlín.
Ivo Binder 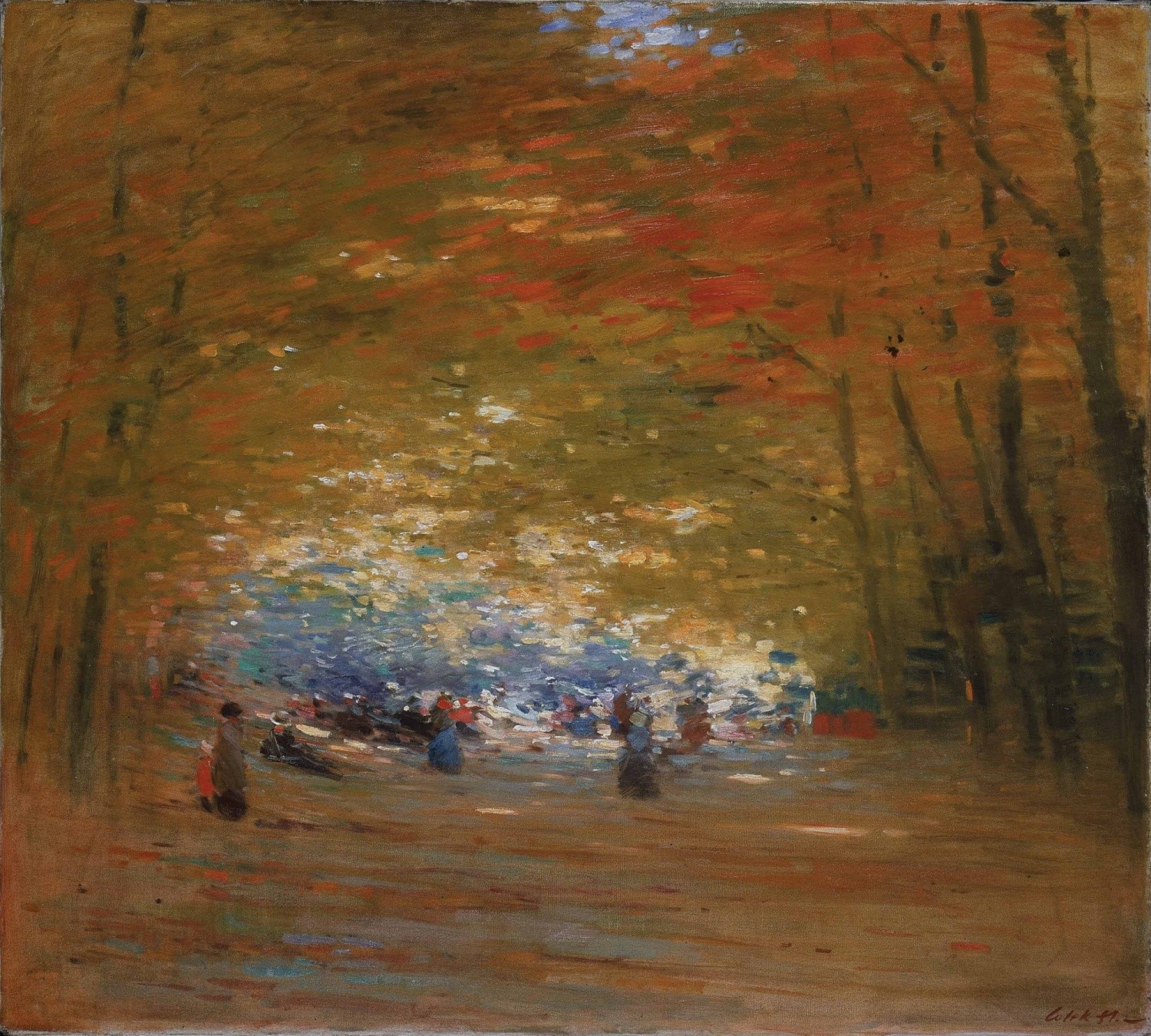